Metsville was a different world with the great Icon and Hall of Famer Tom Seaver in command. 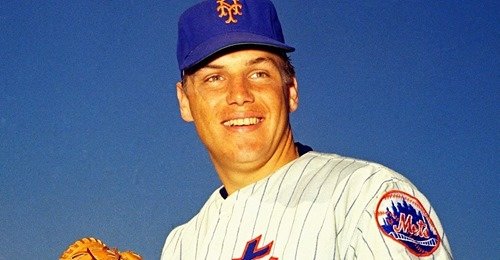 Metsville was a different world with the great Icon and Hall of Famer Tom Seaver in command.

Thank God my age allows me to remember those glory days at Shea Stadium and the ride to the city by car with my crazy Met's friends in tow just to see Tom Terrific pitch.

Tom, known for so many years as “The Franchise”, died August 31 at the age of 75 due to complications from Lewy body dementia and the coronavirus.

In watching Tom pitch in those hay days at Shay, I can almost picture today that classic drop-and-drive power delivery which always resulted in his right knee getting dirty.

Tom was often regarded as one of the best players for the Mets as he led the team to over 300 victories, including the 1969 World Series.

In 2019, when Seaver was diagnosed with dementia and he stepped away from public life, the city and ballpark came together to rename the official address of Citi Field as 41 Seaver Way.

Many labeled Seaver as the major player who turned the organization around from a laughing stock ball club into a complete team instantly.

Players from the past have said that when you played behind Tom Seaver, you were playing behind greatness and you saw it almost every time.

Tributes to Seaver poured in from the sports world and beyond… “baseball lost the best pitcher of my era,” tweeted Orioles Hall of Fame pitcher Jim Palmer, who finished with the same 2.86 ERA as Seaver.

There is now a serious push for a Seaver statue at Citi Field close to where Tom dominated for so long at Shea Stadium.