SWAN LAKE - Sometimes you have to shake things up to make them smoother. Such was the rationale of the OCIAA to establish a division championship match to determine who gets the division banners this … 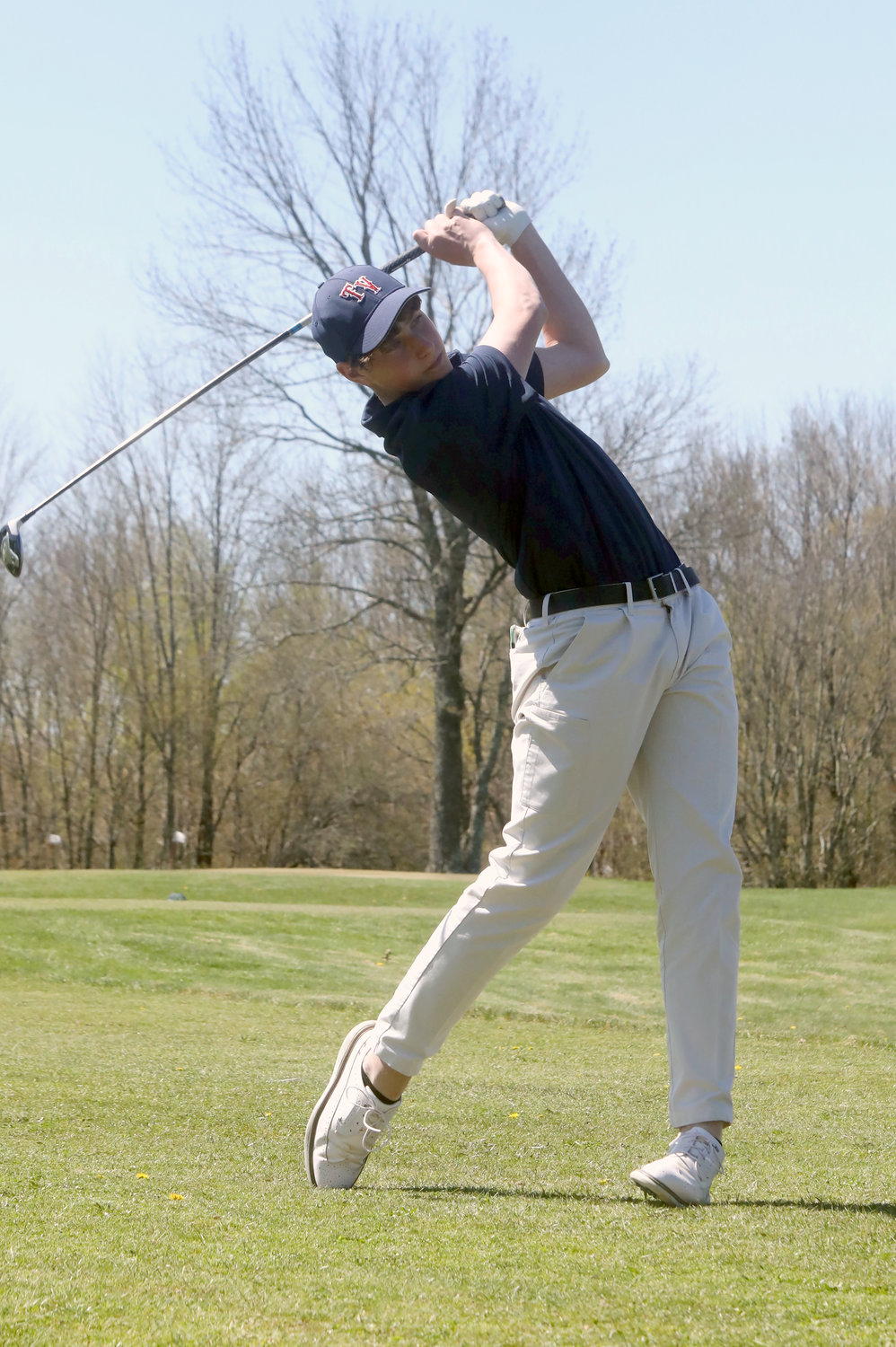 Tri-Valley’s Gavin Clarke tees off on hole ten at the start of the match. He finished first with an impressive 40 on the nine-hole circuit.
Richard A. Ross | Democrat 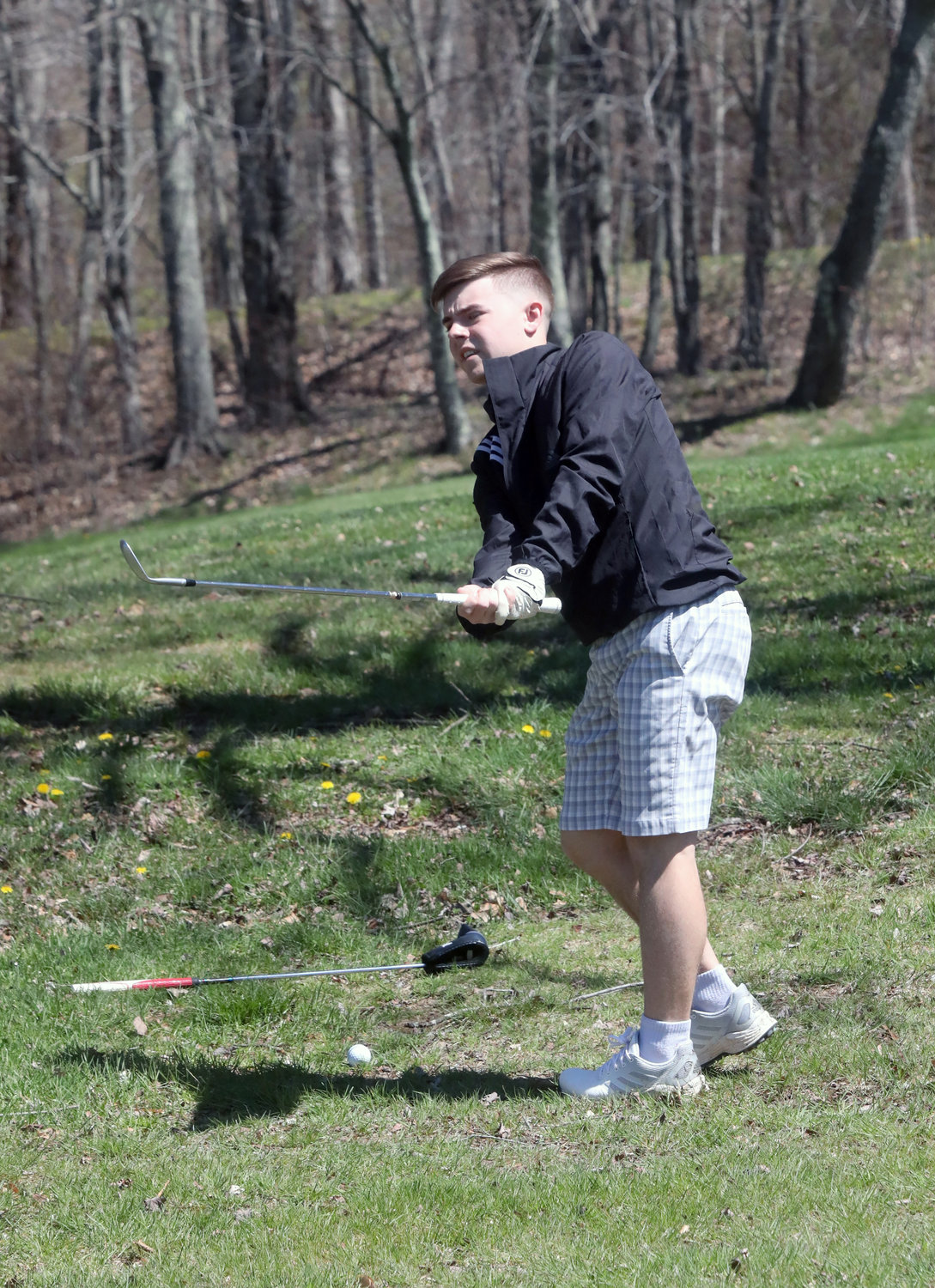 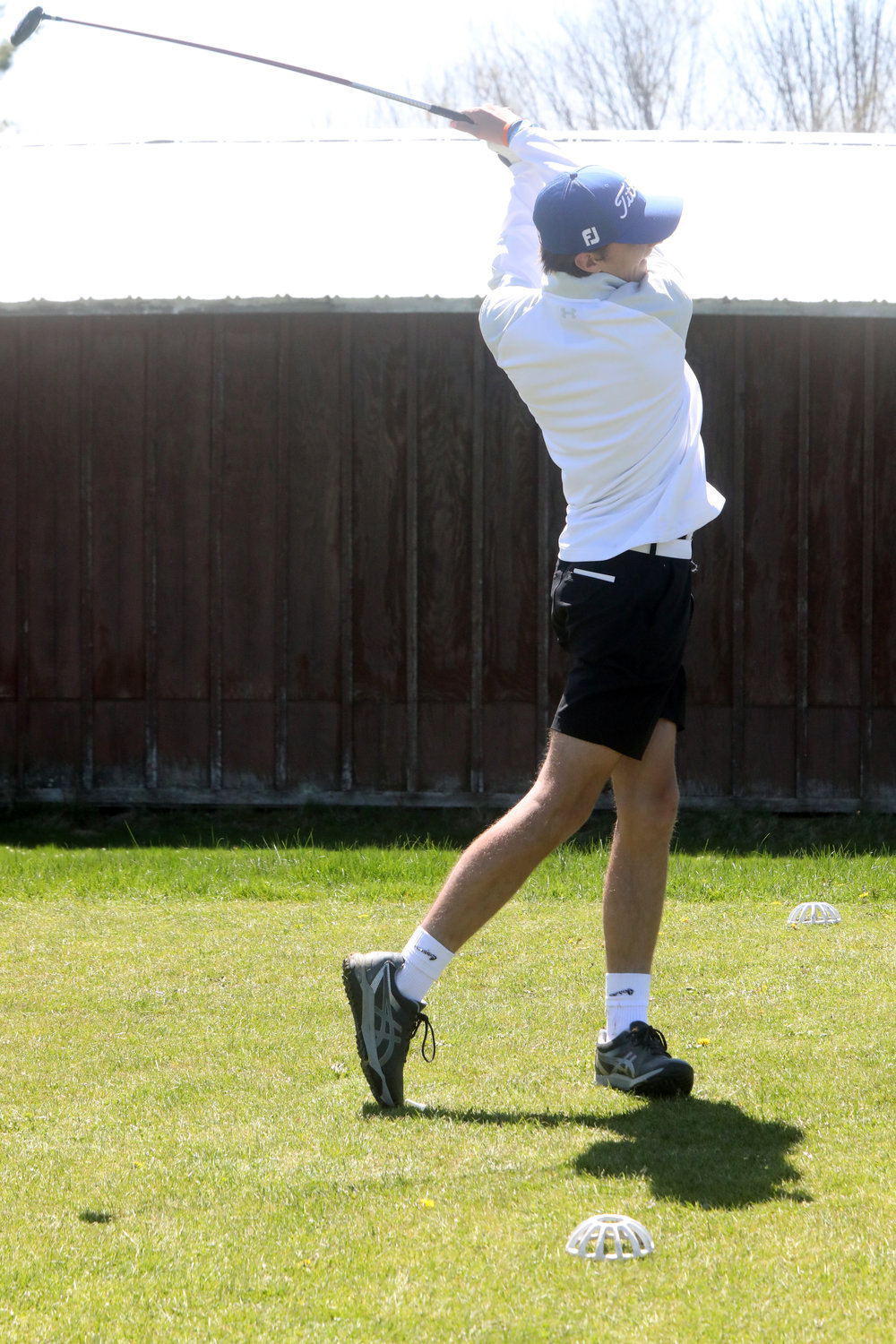 Monticello’s Joseph Russo tees off on hole one. Russo’s score of 44 netted him third place. Monticello won the Division title with a combined score of 190.
Richard A. Ross | Democrat
Previous Next
Posted Friday, May 13, 2022 6:20 am
Results

SWAN LAKE - Sometimes you have to shake things up to make them smoother. Such was the rationale of the OCIAA to establish a division championship match to determine who gets the division banners this year instead of just going by the standings as had previously been the case. Given the issues in prior years with Covid-19, plus the exigencies of the weather and the shortage of drivers that has led to transportation issues, this idea was a perfect one-day solution to any issues of scheduling. Add in the balmy, sunny weather on the gorgeous greens of Swan Lake Golf and Country Club and it all worked out perfectly.

The Monticello Panthers, who were already in first place in the standings, held sway and captured the title officially with a combined score of 190. Liberty finished second with 202 and Tri-Valley was third with a tally of 210. Tri-Valley’s Gavin Clarke was tops on the leaderboard with a 40 over the nine holes that comprised the match. Liberty’s Quintin Herzog and Monticello’s Brett Benzenberg were tied for second with scores of 43, while Monticello’s Joseph Russo captured third with a 44.

The match featured six groups that took off on a shotgun start. The top group included Clare, Herzog, Russo and Sullivan West’s Rally Cruz who finished with his team’s best score of 54. Coaches provided hot dogs and drinks for the golfers.

Coach Russo summed things up: “Today was great. I am hoping that the OCIAA will allow us to continue this championship format. It is better for the kids and gives them the experience to play in a higher-stakes match.”

Russo gave thanks to Menges and Todd Gallo for allowing the use of Swan Lake for the match. “The course is in great shape after a rough spring and it was a beautiful day.”