YULAN –– Donald Jeff Haas, a lifelong resident of the Town of Highland, seeks his fourth term as supervisor this November, running on the Republican and Conservative party lines.Haas, who … 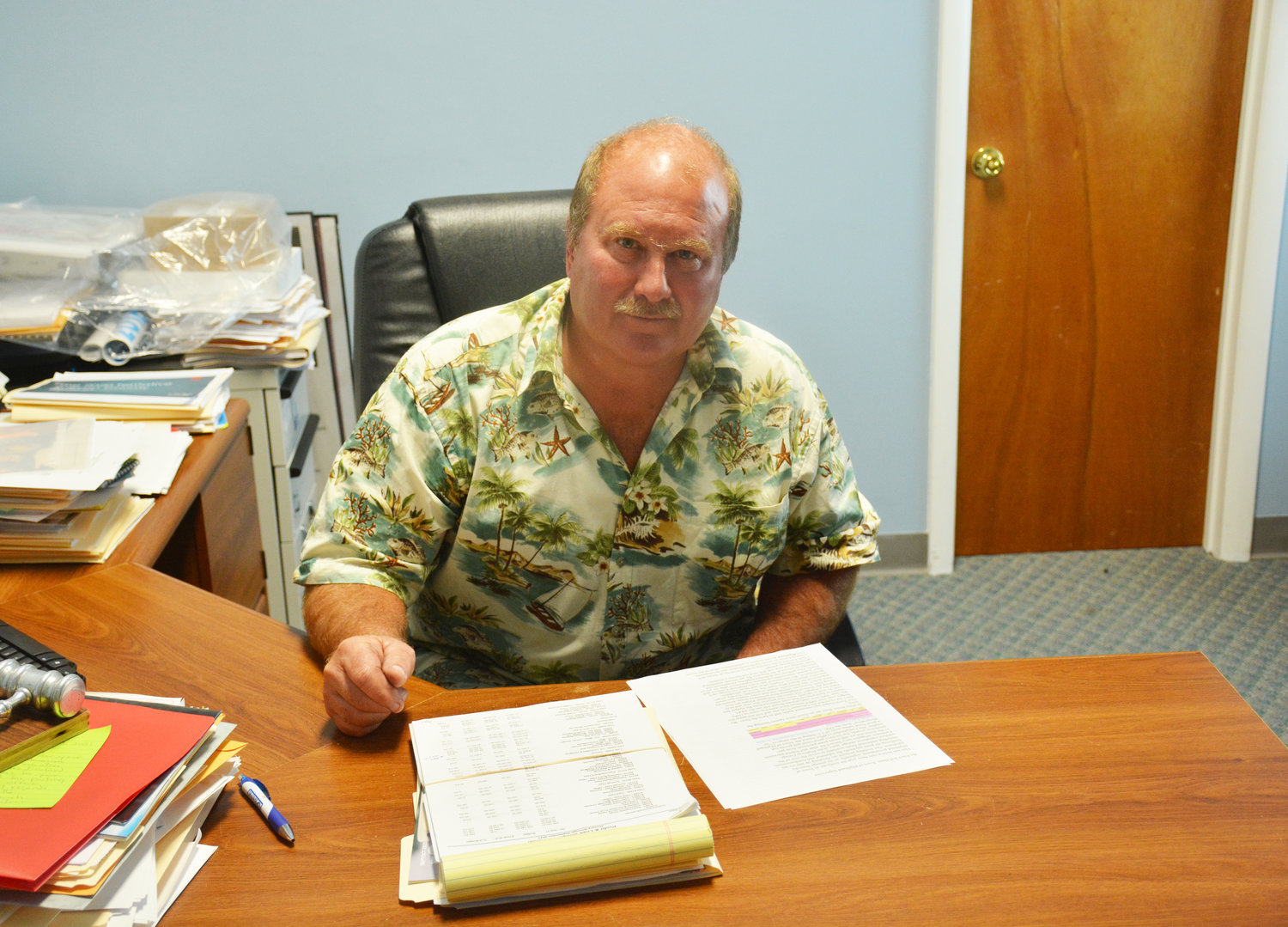 YULAN –– Donald Jeff Haas, a lifelong resident of the Town of Highland, seeks his fourth term as supervisor this November, running on the Republican and Conservative party lines.
Haas, who was a town councilman before he was a supervisor, owns the Yulan Service Station. In the past he’s been involved with coaching and umpiring at the local little league, and is a member of the Yulan Fire Department. His grandfather was one of the founders of the department, and Haas’ sons are fifth generation Yulan firefighters.
Also, back in the early 1980s, Haas was one of the first non-veteran community members of the American Legion Ambulance Corps. Haas has been married to his wife Leeann for 41 years, and together they have five children and six grandchildren.
Haas has also been involved with local civic organizations, earning recognition from the Town of Highland Lions Club, Can’t Hurt Steel Foundation, and recently, the town received the Outstanding Community Achievement Award from the Upper Delaware Council.

First three terms
Since becoming supervisor, Haas is proud of several accomplishments. The first one he pointed to was the new Town Highway Garage. It’s something he said supervisors in the town in the past 25 years were unable to get off the ground.
Haas said it was sorely needed and got it out of a floodplain.
Haas was one of the people who worked on a grant application for the project, which the town received. Haas also put the Laberge Group, out of Albany, on retainer to assist with the grant, engineering and architecture. Haas said they’ve been working closely with them ever since.
“They've been a wonderful resource for us,” said Haas, “and they've helped us with our zoning. They have a bunch of real good hooks in Albany. They know a lot of people there, and know the inner workings of Albany politics. We make out very well with Laberge. It costs a lot of money, but it's all grant monies that we're spending. It’s no burden to the taxpayers.”
Haas and the town board also had a new salt shed built. Previously they got their sand and salt from the County’s Department of Public Works, and their old shed was along Halfway Brook. Haas worked with the New York State Department of Environmental Conservation who awarded them an $833,000 grant through their water quality improvement program for a new salt shed. It now sits on high ground behind the new highway shop, is domed and on a paved area.
“There's absolutely no environmental concerns,” said Haas.
He added that in his time as supervisor, the town has spent well over $2.5 million on infrastructure improvements, with about $1.6 million coming from grant monies.
Haas also said he takes pride in keeping the town within fiscal boundaries set forth by the Governor, and that they currently have little to no fiscal stress with a score of 3.3 (on a 0-100 scale).
The town also, according to Haas, recently upgraded their code enforcement department, working through 30 years of backlogged cases. Haas said they are now back to where they need to be.

What’s next?
“We’re looking to go more green,” said Haas, on goals if re-elected, “looking for energy savings.” He said the town is a New York State Energy Research and Development Authority’s Clean Energy Community, having obtained four high-impact actions. Completion allowed for participation in NYSERDA’s grant program, offsetting the investment. Haas wants to continue that.
He used the example of the electric boiler at the new highway garage, and how the facility was constructed to be energy efficient and self-sufficient, possibly through the use of a solar array. Haas also said they need to continue to look into wind and solar energy in general, looking into programs that could produce savings for the taxpayer.
Haas also mentioned the possibility of something similar to the Town of Bethel’s local law on ATVs and quads on town roads, as Highland has several hunting clubs, and it’s something he has been asked about.
He also mentioned seeing the $125,000 Silver Feather Community Impact Grant from Sullivan Renaissance, which was sponsored by the town through adding that they hope to have the Cul-de-sac Street Mural done and painted by the end of the month, and then move onto the Eagle watch areas.

In a crisis
Haas said he’s been in leadership positions his whole life, from the time he was class president, to a past fire chief, to his current role as supervisor. He says his incident command training through the fire service presented itself in 2018 when two different storm systems - one in winter, one in spring - decimated the town, leaving the majority of residents without power for several days.
Haas said he was the first to call and receive a state of emergency in the county, and within hours, was having discussions with the National Guard (who responded three days later), in addition to state leaders and other elected officials.
In the meantime, and for several days after, the Town’s Emergency Management Committee and several volunteers, went into action cooking and delivering hot meals, people were sleeping at Town Hall (during the winter storm), etc.
Haas has since had several meetings with NYSEG to address power issues and electrical infrastructure within the town, including with President and Chief Executive Officer Carl A. Taylor, one of which was right in Town Hall. That was a meeting set up by NYS Senator Mike Martucci.
NYSEG has begun the process of upgrading the town's electrical poles, transformers and substations.

Why re-elect him?
When asked why he’s the best person for the job, Haas said because his heart and soul has been in the Town of Highland for his entire life.
“I know what this community is and what it was, and I think I know where it’s going,” said Haas. “I've got my pulse on the community daily, hourly, within minutes. I see everybody. I've talked to everybody and I'm approachable. My door’s always open. I don't bully anybody, I listen, we [the town board] compromise.
“With all the conversations I have with different constituents, I know what the real needs are in this town and I act on them,” Haas continued. “I have a board that works with me, and we share ideas incredibly well, and yes, we do have arguments, but we try not to bring them out to the public forum. We have them in workshops, and things like that, and we try to present a unified front so the town can move forward.”

Recount at the Board of Elections

Haas holds off Pizzolato in Highland

Fallsburg race is not over yet