MONTICELLO — After being out of work for the past six months, harness racers at the Monticello Raceway were finally able to return to the track this week.

Alan Schwartz is President of the … 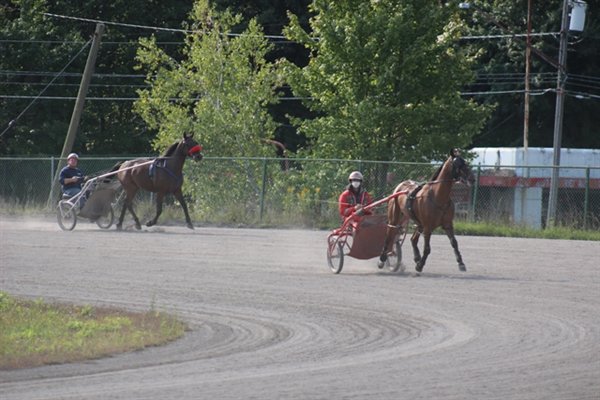 MONTICELLO — After being out of work for the past six months, harness racers at the Monticello Raceway were finally able to return to the track this week.

Alan Schwartz is President of the Monticello Harness Horsemen's Association (MHHA), which includes over 500 members, owners, trainers, drivers and grooms.

Despite Governor Andrew Cuomo giving the green light for tracks to resume racing on June 1, the Monticello Raceway was the only track in the state that did not reopen for racers.

According to Schwartz, the MHHA recently reached an agreement in principle with Empire Resorts, the operator of the Monticello Raceway, to resume racing at the facility.

Schwartz said they were holding qualifiers last week and on Monday the Monticello Raceway hosted its first live racing card since March 16.

Schwartz said the absence has not been easy on the racers and everyone else associated with the sport.

“The horsemen there have been suffering quite extensively,” Schwartz said. “Most of the horses at the raceway have not raced during this period at all.”

“The drivers, trainers and grooms suffered financially quite a bit. The horsemen actually didn't miss any worktime because they were taking care of the horses, just not able to race them,” Schwartz explained.

He went on to say that the MHHA took it upon themselves during the pandemic to purchase all the feed, hay and straw for the horses so the owners wouldn't have to go out of pocket.

“We spent close to $400,000 on taking care of the horses and the horsemen during that period,” Schwartz said.

Meghan Taylor is Vice President of Government Affairs and Community Relations for Genting New York State, which owns a majority of Empire Resorts.

Last week, Taylor said, “The Monticello Raceway has a long and storied history in the Catskills, and we are excited to reopen the track in the coming days. The reopening of Monticello marks another important milestone in moving New York forward, and we are extremely fortunate to have the support of the community and our local and state leaders as the region's economy begins to recover.”

Resorts World had seemed to take issue with the costs associated with conducting racing while the track's affiliated casino remained closed to the public.

Joe Faraldo, general counsel for MHHA, described that issue as, in his opinion, “disingenuous,” saying that Resorts World has a contractual obligation to conduct racing and simulcasting.