I was passing by the Barryville Diner (the former Clancy’s) which is still being renovated and I can tell you even though its not yet completed the place looks great. I went in and spoke with … 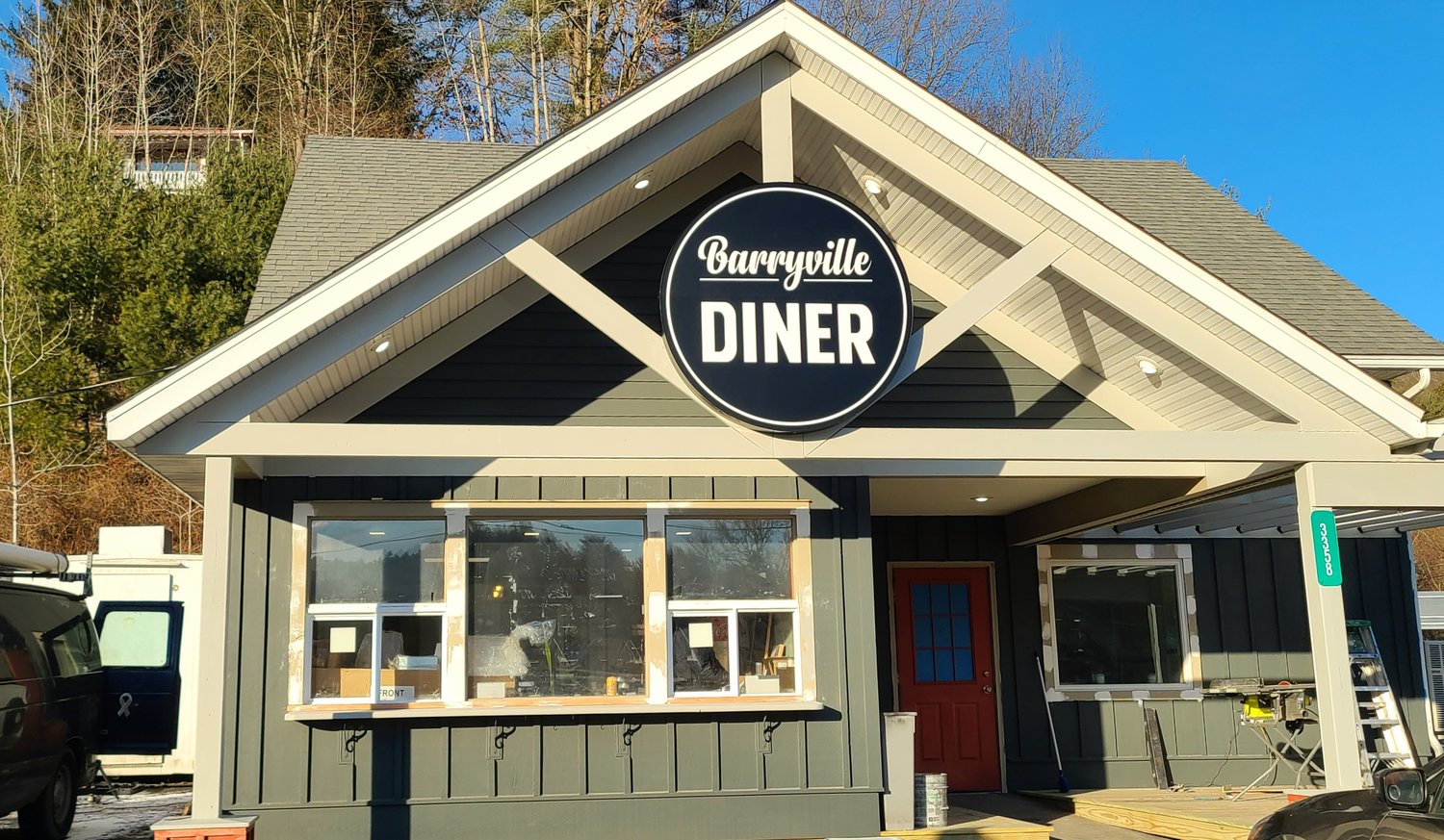 The Brown Brothers Group, a local family owned business is almost finished with the beautiful renovations of the Barryville Diner located at Route 55 and 97 in Barryville. The Diner will be serving new menus for breakfast, lunch and dinner and the Diner has applied for a liquor license. The ice cream serving window has been seriously upgraded and they will feature hard ice cream, soft serve and a full line of classic shakes and a menu of other ice cream specialty items as well as a vegan option. The Barryville Diner is another great dining option for the Town of Barryville and will be open and ready for business during the first week of March.
Contributed photo
Posted Tuesday, February 22, 2022 7:00 am
Paula Campbell

I was passing by the Barryville Diner (the former Clancy’s) which is still being renovated and I can tell you even though its not yet completed the place looks great. I went in and spoke with Sonia Brown the Project Manager for the Brown Brothers Group, and she personally oversees many of the latest construction projects for this family-owned business.

The Brown family has a long history in our community and have been residents in Highland for some time. Sonia and I spoke about the beautiful renovations of the old roller rink in Yulan that sat vacant and deteriorating for several decades and is now a thriving business. She also renovated the house across the road which is now fully rented.

The interior of the old Clancy’s has been completely gutted and renovated with a fresh look and some of the old booths have been removed and tables and chairs added and with new lighting the space looks so much larger. The kitchen was gutted out and top of the line equipment has been installed. Most important to me, of course, is the ice cream window has been seriously upgraded.

According to Sonia they will be featuring a variety of hard ice cream and soft serve. She said that there will be a full line of classic shakes and a menu of other ice cream specialty items and vegan ice cream options. The Diner plans for a full breakfast and lunch menu. Then the Diner switches gears with a complete dinner menu and they have filed for approval for a temporary liquor license which hopefully will be approved by April.

I noticed that the old counter now has a smaller bar style area. Sonia said that unlike a traditional diner, they do not plan to offer a breakfast menu all day. “I know that everything has gotten really expensive especially food, but we plan on offering an excellent menu with the freshest ingredients and a lot of variety,” she told me. The exterior of the building has been repaired and painted, and they have installed a new deck that has a roof covering so it can be heated during the chilly weather.

The lawn area by the ice cream window has been cleared out of the picnic tables and the overgrown shrubs and will have additional seating which is a wonderful use of this previously unused dead space. According to Sonia they are waiting for the Health Department to come and inspect which she expects will happen within the next two weeks and hopes to have the Diner open and ready for business by the first week of March. All said the new Barryville Diner will be another great dining option for our town and visitors.

The Brown Brothers Group and Sonia Brown are engaged with some other great projects. Sonia told me that the Company is now in the approval plan stage for eight A-frame cottages on the river in Cochecton and the Browns bought the Carriage House and the Hickory Haven Hotel complex up on the hill on Route 55.

The reconstruction changes to those properties will not begin to happen until late fall into next year with the addition of some new commercial spaces added to The Carriage House property. Another big local project Sonia mentioned is the Brown Brothers Group has purchased the Methodist Church in Eldred which has been closed for some time and is now undergoing major renovations.

We wish the Brown family much success with the Barryville Diner and their other impressive development projects throughout the County. It is so exciting to see more new businesses and opportunities opening in Barryville. With the already approved river access plans underway it will enhance the points of interest for residents and visitors alike to enjoy the surroundings of our beautiful river community.