There is an exciting and fun new festival that is happening along the Scenic Byway area. Did you know that we have a “Founding Fish”? Yes, and that fish is the shad- a larger version of a … 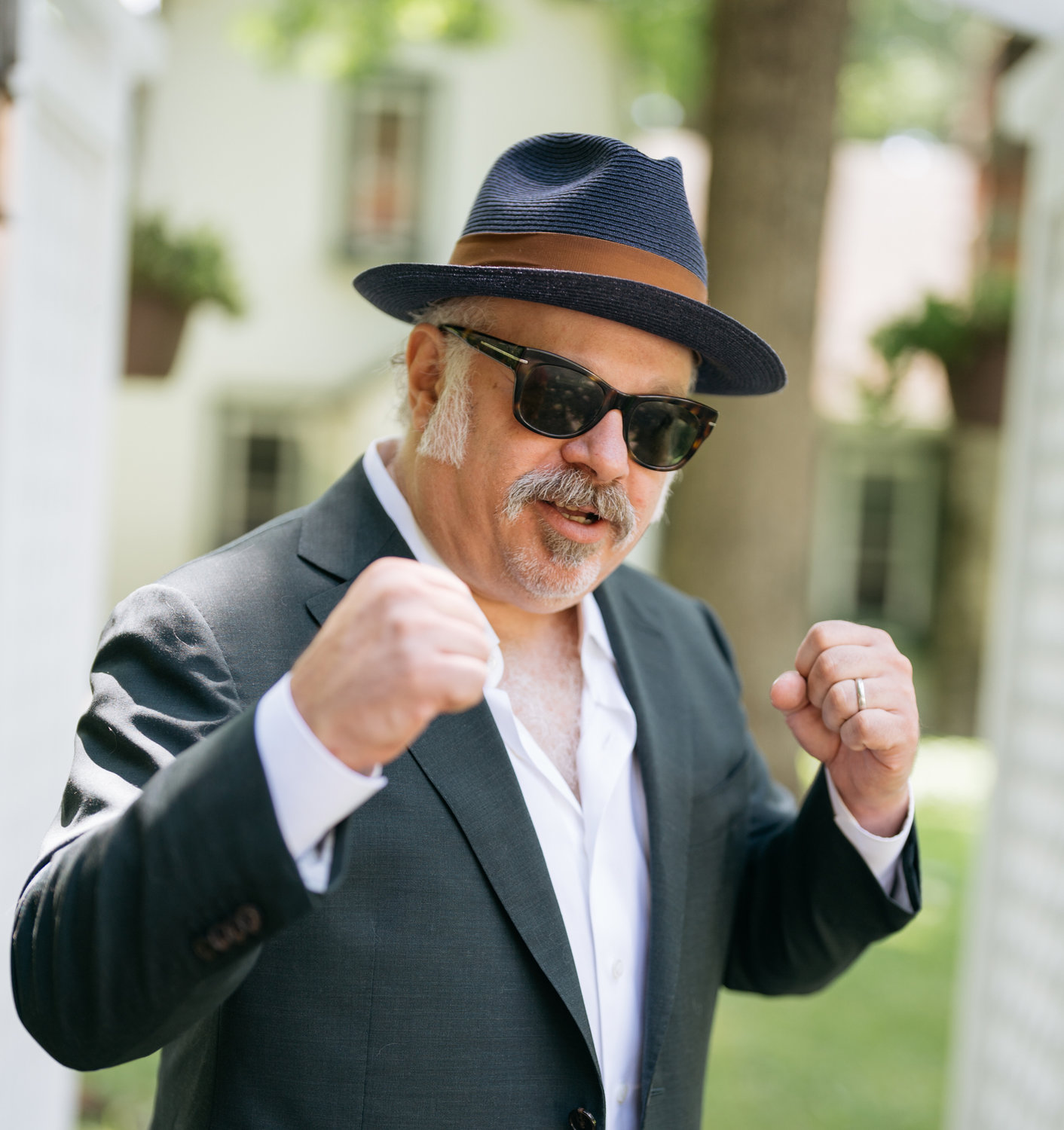 As part of the Festival of the Founding Fish- Upper Delaware ShadFest that is happening March 20-22nd in towns along the Delaware River, author and musician Mike “ Rocket Train” Edison will be at the Callicoon Theatre on Sunday May 22 at 11 a.m. with his “ Gospel from the Garage” show. Tickets are $25.00 online and includes brunch, a short film and a showing of the award winning film River Runs Through It. Any ticket purchases include a free entry in a raffle to win a round trip flight to Iceland.
Contributed photo
Posted Tuesday, May 10, 2022 7:00 am
Paula Campbell

There is an exciting and fun new festival that is happening along the Scenic Byway area. Did you know that we have a “Founding Fish”? Yes, and that fish is the shad- a larger version of a herring. The shad even played a significant role in the American Revolution.

George Washington in addition to being the Father of our Country was a shad angler at Mount Vernon, his home in Virginia, and no plantation activity was more lucrative than fishing. As a shrewd businessman Washington took full advantage of the many varieties of fish including shad that teemed around Mount Vernon in the Potomac River and maintained three highly successful areas for commercial fishing around his home.

Many colonists like Washington kept barrels of salted shad in their homes. During the Revolutionary War, shad was deemed the “savior fish” that fed the troops and saved them from starvation at Valley Forge during the harsh winter of 1778.

In honor of this worthy fish that is still swimming in the Delaware River the first ever Festival of the Founding Fish-Upper Delaware ShadFest will be taking place on the weekend of May 20-22nd with a variety of family friendly events including lots of live music, food, local history, and culture while providing an opportunity to visit our beautiful river towns and the events included in the festival stretch from Port Jervis all through the river communities up to Hancock and there is a ton of activities going on in every town.

Let’s begin with the live music performances. On May 20th, the festivities get rolling at the Foundry42 on Main Street in Port Jervis from 6-9 p.m. There will be music by the Wiggle Room Band with a cash bar and food available. On Saturday, May 21st at the Shad Shindig from 6-10 p.m. the music headliner will be Super Yamba one of the hottest international touring afro-funk-juju-dance bands performing at Fort Delaware in Narrowsburg.

The Shindig event will also feature a Dance Party with DJ Shano and Buck Shad, tastings by Celebrity Chef Annika Sundvik of Nordic Preserves and food and cash bar by the very popular Mr. Willy’s. The Fort Delaware Museum is located at 6615 Route 97 in Narrowsburg. Tickets are $25.00 and include the music, tastings by Chef Annika and a tour of the newly opened Fort Delaware.

On Sunday, March 22nd at the Callicoon Theatre starting at 10:00 there will be a short film Shad Run and then brunch with the fabulous Grizzly Bagels with all the fixings and Two Queens coffee. At 11:00 Mike “Rocket Train” Edison brings his high energy “Gospel from the Garage” performance to the stage.

Hailing from Barryville, Mike is an author and an accomplished musician whose most recent book “Sympathy for the Drummer, Why Charlie Watts Matters” is a history of the drums in rock, blues and jazz and was awarded Book of the Year by the esteemed music magazine Americana Highways and featured in the New York Times, Billboard, the Paris Review, the BBC, and CNN.

His “Gospel from the Garage’ is a raw, unfiltered combination of folk, blues and gospel and includes songs featured in his recent tour of Spain with the Spanish blues band Guadalupe Plata. A not to be missed performance! The closing event at the Theatre is a showing of the award-winning film, A River Runs Through It, directed by Robert Redford and starring Brad Pitt. The Callicoon Theatre is located at 30 Upper Main Street in Callicoon. Tickets for all these events and the brunch is $25.00.

On Sunday evening starting at 6:00pm at the Tusten Theatre in Narrowsburg and sponsored by the Narrowsburg Chamber of Commerce there will be a reading of Pulitzer Prize winning author and journalist John McPhee’s works. Mr. McPhee is considered one of the pioneers of creative nonfiction-including The Founding Fish.

Readers will include local celebrity’s musician and actor Amber Tamblyn, and Becky Ann Baker featured on the series Girls and the film Holler. The music headliner for the End of Shad Run blowout Disco Party is Say She She Band. Named as a silent nod to legendary Nile Rodgers Chic! The Brooklyn based female band is well known for blending of all their discodelic harmonies and funk which has made them one of the most popular Killion Sound touring bands.

So, get your best glad rags together and help this “summer stooping block party” band close out this wonderful inaugural festival in high style. The Tusten Theatre is located at 210 Bridge Street in Narrowsburg. Tickets are $25.00.

And now an important way and a damn good reason to get tickets for these Festival events and why you need to buy tickets online ASAP. First kudos to the festival for keeping the ticket prices so reasonable. Second-when you do buy an online ticket your name is automatically entered into a free raffle to win two round-trip tickets on Play Airlines to Iceland (one of the world’s hottest travel destinations) using Stewart Airport!

To snap up your tickets go to www.festivalofthefoundingfish.com site and scroll down to the event you want to join and click on the ticket link. The ShadFest is turning out to be an extremely popular event, so I suggest you order your tickets as soon as possible before its completely soldout.