I got a call from Martha Worzel who is a member of the Ladies Auxiliary of the American Legion. 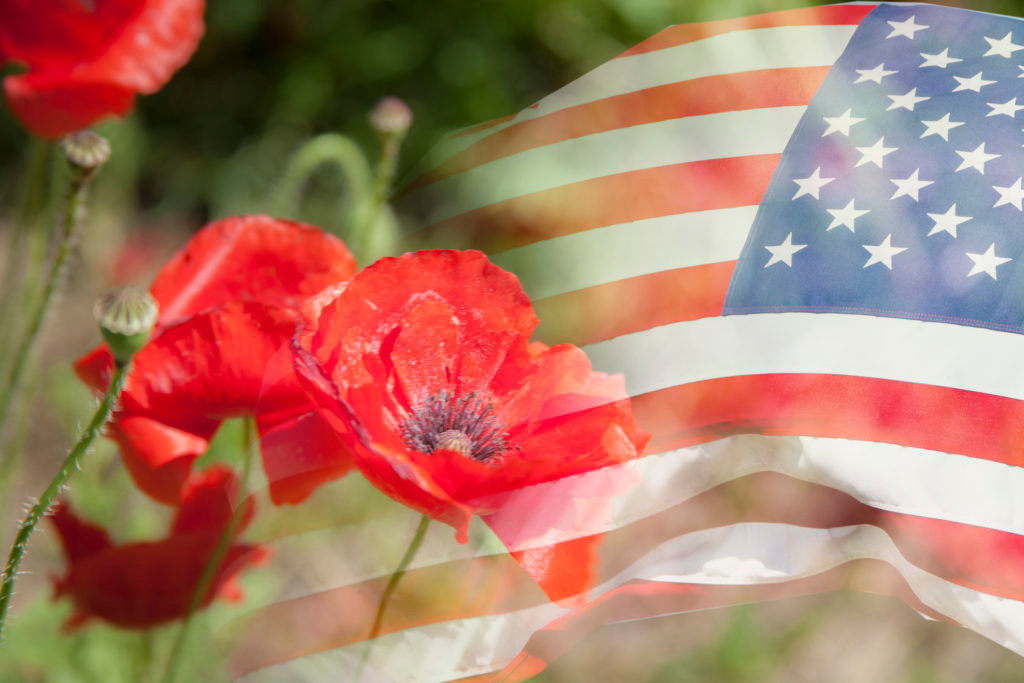 The Ladies Auxiliary of the American Legion will be at Pecks Market in Eldred on Friday May 27th and Saturday May 28th from 9-3pm with Veterans Poppies. According to Martha Worzel of the Auxiliary donations from the poppies will be used to help the veterans at the Castle Hill Veterans Hospital and Nursing Home. Pick up your poppy and wear it proudly!
Contributed photo
Posted Tuesday, May 24, 2022 7:00 am
Paula Campbell

I got a call from Martha Worzel who is a member of the Ladies Auxiliary of the American Legion.

She wanted me to remind everyone that the Ladies from the Auxiliary will be out in front of Peck’s Market in Eldred with Veterans’ poppies on Friday, May 27 and Saturday, May 28 from 9-3pm.

The tradition of the poppies goes back over one hundred years during WWI when an exhausted Canadian surgeon, John McCrae was struck by the site of red poppies growing on a ravaged battlefield in Flanders France.

In 1915 he authored the poem “In Flanders Field” which memorialized the red poppy as an international symbol of sacrifice to honor those who served and died for our country. Martha told me the donations raised by the poppies is used for services for vets.

Their American Legion Post provides a lunch for local vets and sends funds to the Castle Hill Veterans Hospital and Nursing Home at Christmas so the vets can get gift cards to use at the Hospital’s Exchange. Stop by and give a donation and get your poppy!

Last Saturday was the season re-opening of the Barryville Farmers Market. The day started with some pretty thick fog which eventually burned off into a sweltering day.

It was also the second day of ShadFest, and the market featured some shad related events. There was a Ranger from the National Park Service who had a shad educational display and gave out lots of information about shad and shad fishing.

I trotted over to the booth where Chef Annika Sundvik of the Nordic Preserve was serving a shad and dill spread and pieces of smoked shad with spicy aioli sauce which was very good.

Then I did a little shopping at my favorite market vendors. Several shoppers were enjoying the lobster rolls from C+C -Seafood which were expensive at twenty-three dollars, but the verdict appeared to be that the rolls were well worth it since no one was planning to drive up to Maine (with these gas prices) anytime soon for lobster rolls.

There seems to be more prepared foods vendors now available at the market which is a great help for those of us having a quick breakfast and then spend time hanging out and listening to the music. As part of ShadFest there was a raft flotilla race (sort of) where the rafts and the occupants were decorated and in costume-many wearing brightly coloured fish hats. When I asked who won no one really seemed to know or care but it was fun for sure.

One of the day’s highlights was our lovely neighbor, Melissa Gilbert doing a book signing in a tent outside Barryville General.

This week her very well reviewed and popular book “Back to the Prairie” was #10 on the New York Times Best Sellers List. I bought two copies once of which I will donate to the Sunshine Hall Free Library, so if are interested in reading her book go to the library or call and get your name on the list.

That evening ShadFest continued at Fort Delaware with a Shad Shindig. The Fort was so beautiful bathed in ambient soft lights. Food and drinks were available from Barryville General, and Chef Annika Sundvik was there with more shad delights samples. About two hundred and fifty happy people milled and danced around the small colonial village to tunes from the two DJ’s-Buck Shad and Shano and then the Shindig’s premier band- Super Yamba.

I was tired out mostly from the blistering heat but managed to get myself up to the Callicoon Theater on Sunday morning to hear Mike Edison’s “Gospel from the Garage” music show which was wonderful. In addition to being an accomplished musician, Mike is another local author of the recent hit book- “Sympathy for The Drummer-Why Charlie Watts Matters.”

There was a closing ShadFest event in Narrowsburg which I was not able to attend. The inaugural ShadFest was a considerable success and a lot of fun.

Every year there is more interesting events to attend-and my congratulations and thanks to the organizers!