NEW YORK — Incumbent Governor Kathy Hochul will go head to head against Rep. Lee Zeldin in this November’s gubernatorial race after registered Democrats and Republicans went to the … 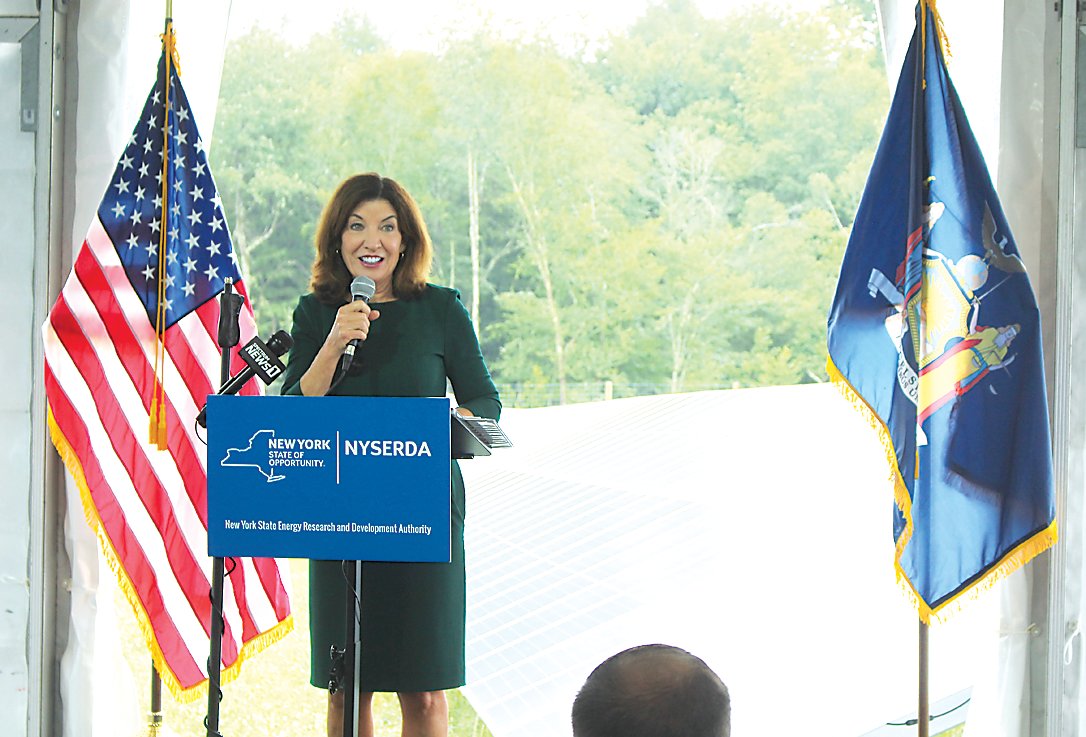 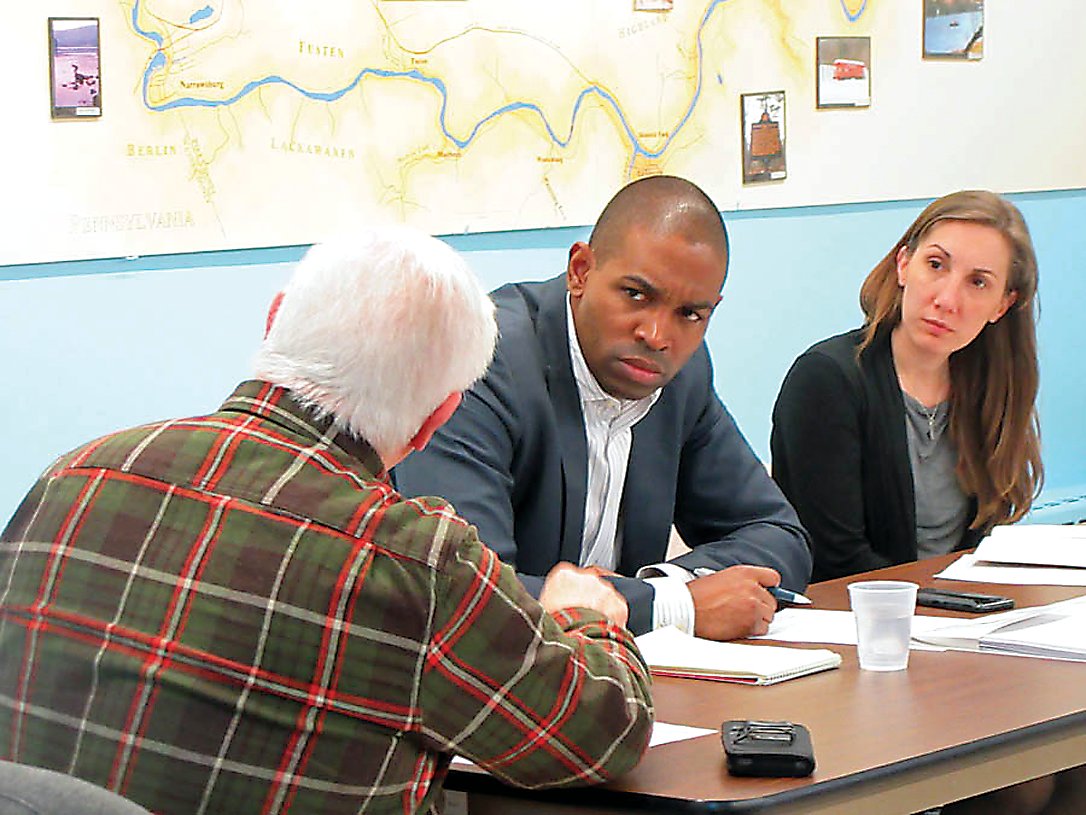 Lieutenant Governor Antonio Delgado, seen here at a past meeting of the Upper Delaware Council while serving as NY-19 congressional representative, won big over his primary challengers on Tuesday.
File Photo 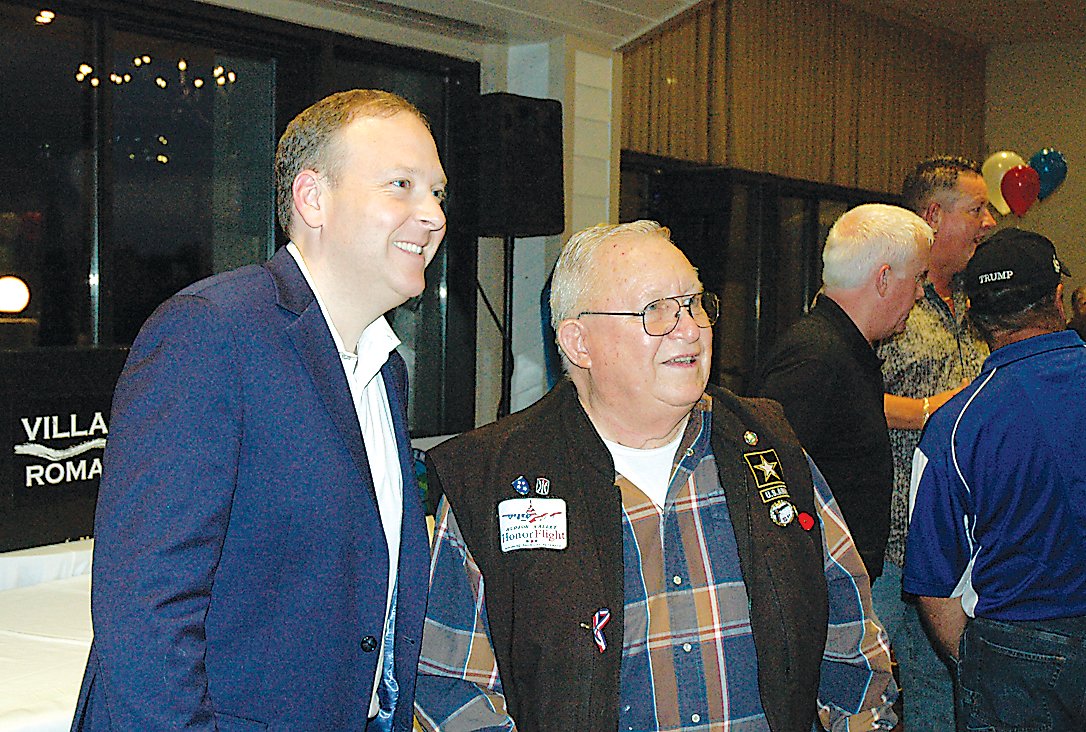 NEW YORK — Incumbent Governor Kathy Hochul will go head to head against Rep. Lee Zeldin in this November’s gubernatorial race after registered Democrats and Republicans went to the polls on Tuesday to cast their vote in primary elections to decide who will lead the charge for their party.

“It has been the highest honor of my life to serve as your governor for the past 10 months,” Hochul said. “We passed nation-leading gun safety laws ... we will respond to the Supreme Court’s assault on my right as the Governor of New York to protect New Yorkers from concealed weapons ... We’ve gone on offense to protect abortion rights, increasing protection for providers, increased our funding, expanding our capacity and making the world know that New York State is a safe harbor for America’s women.”

“Kathy Hochul has now been warned that the people of New York are coming for her job at the ballot box this November,” Zeldin said in a statement on his primary victory. “We will secure our streets. We will make New York more affordable again. We will fight for our kids and our schools. We will fight to preserve freedom for our families to stay here and be strong.”

“The stakes we face in November are unprecedented,” Deglado said. “The same dark forces undermining our freedoms and ripping apart the very fabric of our nation are now seeking power here. We’re in the fight of our lives. It’s a generational fight. But I believe we are ready for it. Because for much of what ails our country today, the antidote is here in our Empire State.”

On the Republican side, Zeldin will run alongside former NYPD Deputy Inspector Alison Esposito, who ran unopposed for the Republican Party’s lieutenant governor nomination.

“Big win [Tuesday] night by Congressman, Army Veteran, my partner on this journey to save our state, and New York’s next Governor Lee Zeldin!” Esposito said following Zeldin’s primary win. “It’s time for all of us to unite and work together to FIRE Kathy Hochul. The Zeldin-Esposito ticket is ready to fight for you to take back our state.

Sullivan County, by the numbers

According to unofficial results from the Sullivan County Board of Elections, Hochul emerged with 1,869 votes (79.03 percent) in her primary fight.

Delgado had previously represented New York’s 19th Congressional District, including all of Sullivan County, before stepping down once Gov. Hochul appointed him to the role of Lieutenant Governor in May.

The primary race was a little closer on the Republican side.

Including the gubernatorial race to be decided this November, there is a busy election calendar across the Empire State.

There will be a special election on August 23 for the 19th Congressional District to fill the vacancy left when Delgado accepted the appointment as Lt. Gov.

As reported in the Democrat earlier this month, Dutchess County Executive Marcus Molinaro is running against Ulster County Executive Pat Ryan to finish out the remainder of Delgado’s congressional term.

Also on August 23 is a Democratic primary for a full term serving the 19th congressional district. Ryan is not running in the primary and instead democratic voters will decide between Ithaca-based attorney Josh Riley and Dutchess County farmer and small business owner Jamie Cheney.

The winner of that primary will face off against Molinaro in November’s general election.