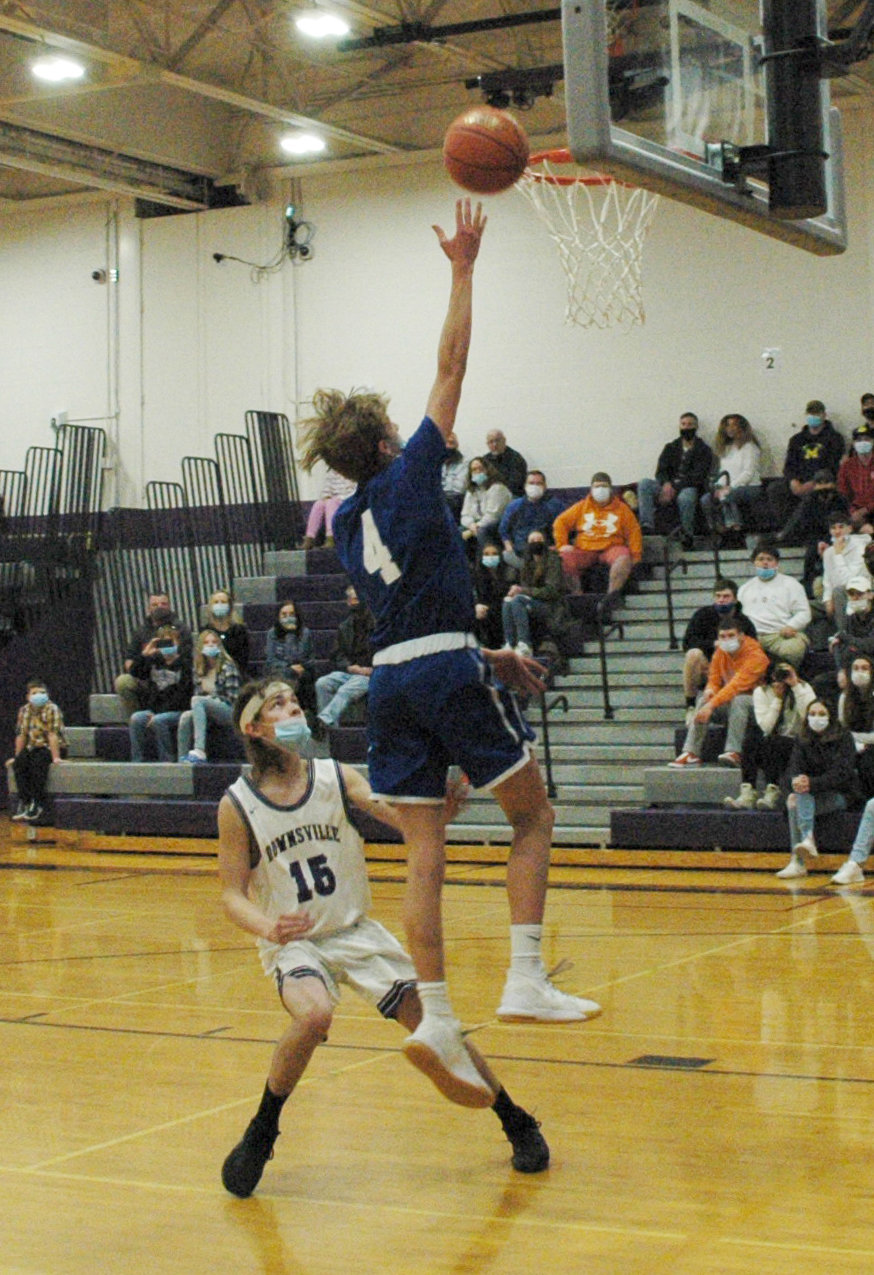 Ben Ackerly reaches towards the rim for a fast break layup in the second half in a win over Downsville.
Anthony Morgano | Democrat 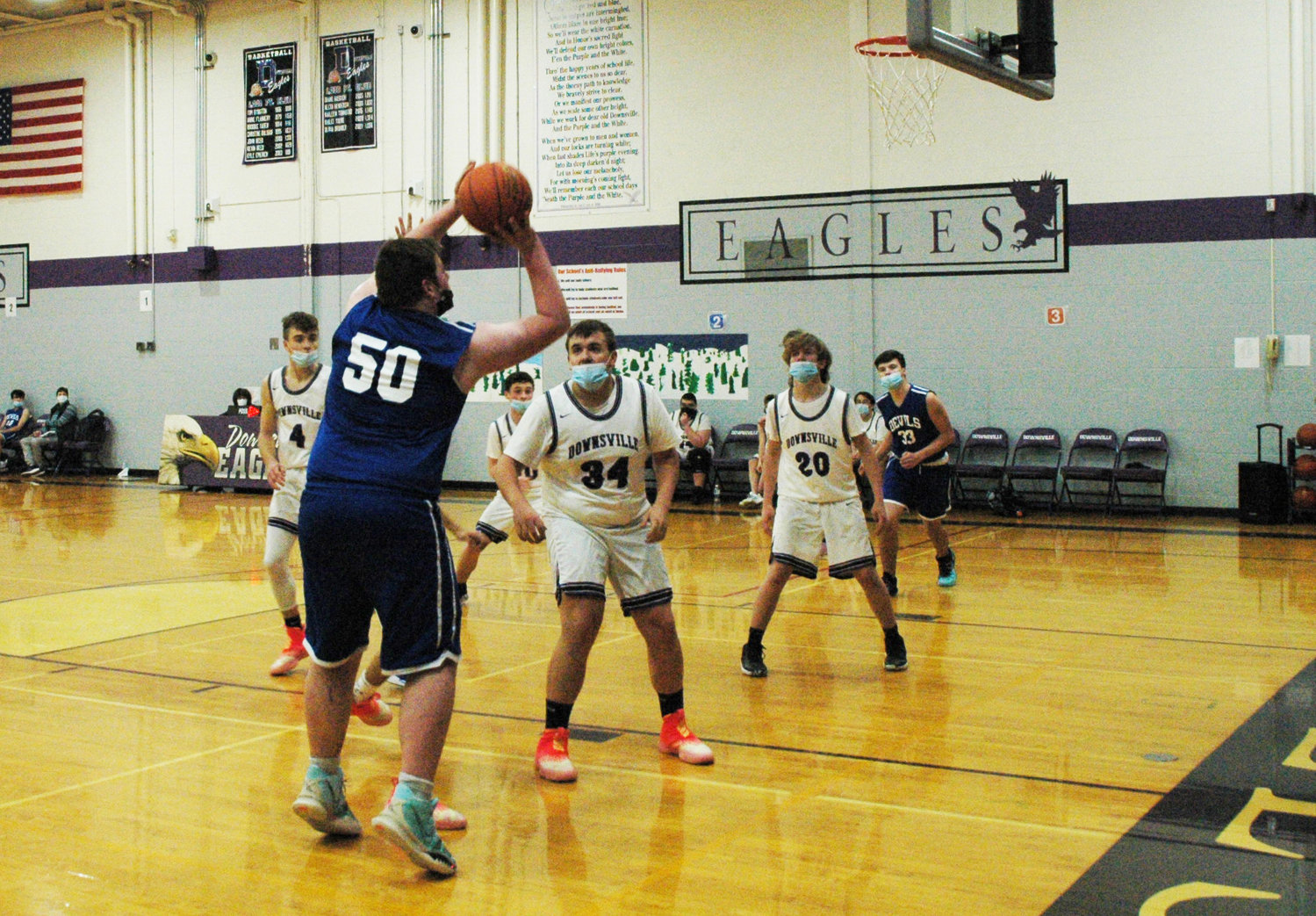 Eric Tomah finished with ten points in the win, eight of which were tallied in the first half.
Anthony Morgano | Democrat
Previous Next
Posted Tuesday, January 4, 2022 6:20 am
Anthony Morgano

DOWNSVILLE – Even though students are on winter break, the Roscoe Blue Devils basketball team went back to work. Competing in the Downsville tournament, the Blue Devils gifted the Downsville Eagles a loss on their home court. Roscoe won 54-30, leading wire to wire against the tournament host in the opening round.

Roscoe and Downsville’s game followed a thriller between the Margaretville Blue Devils and Deposit/ Hancock Eagles, with the Eagles winning and punching their ticket to the championship round.

The Roscoe and Downsville game did not share the same edge of your seat drama, with Roscoe steadily increasing their lead with each quarter.

Leading 15-11 after the first quarter, the Blue Devils were clearly trying to shake the rust off. Early foul trouble, missed passes and defensive mishaps allowed Downsville to stay close, but as the game continued, the Blue Devils extended their lead. Roscoe was ahead by 10 points at the half, and by the end of the third quarter they led by 11.

Roscoe was able to put together a strong fourth quarter to put Downsville away, outscoring the Eagles 17-4 in the final frame.

The win brought Roscoe back to .500 and gifted them a trip to the tournament championship.

“The early foul trouble was tough for us,” Coach Mike Hill said after the game. “We looked like we were shaking things off after a long break, but we got things going in the fourth and it helped us out.”