LAKE HUNTINGTON — “Losing is only temporary and not all-encompassing. You must simply study it, learn from it and try hard not to lose the same way again. Then you must have the … 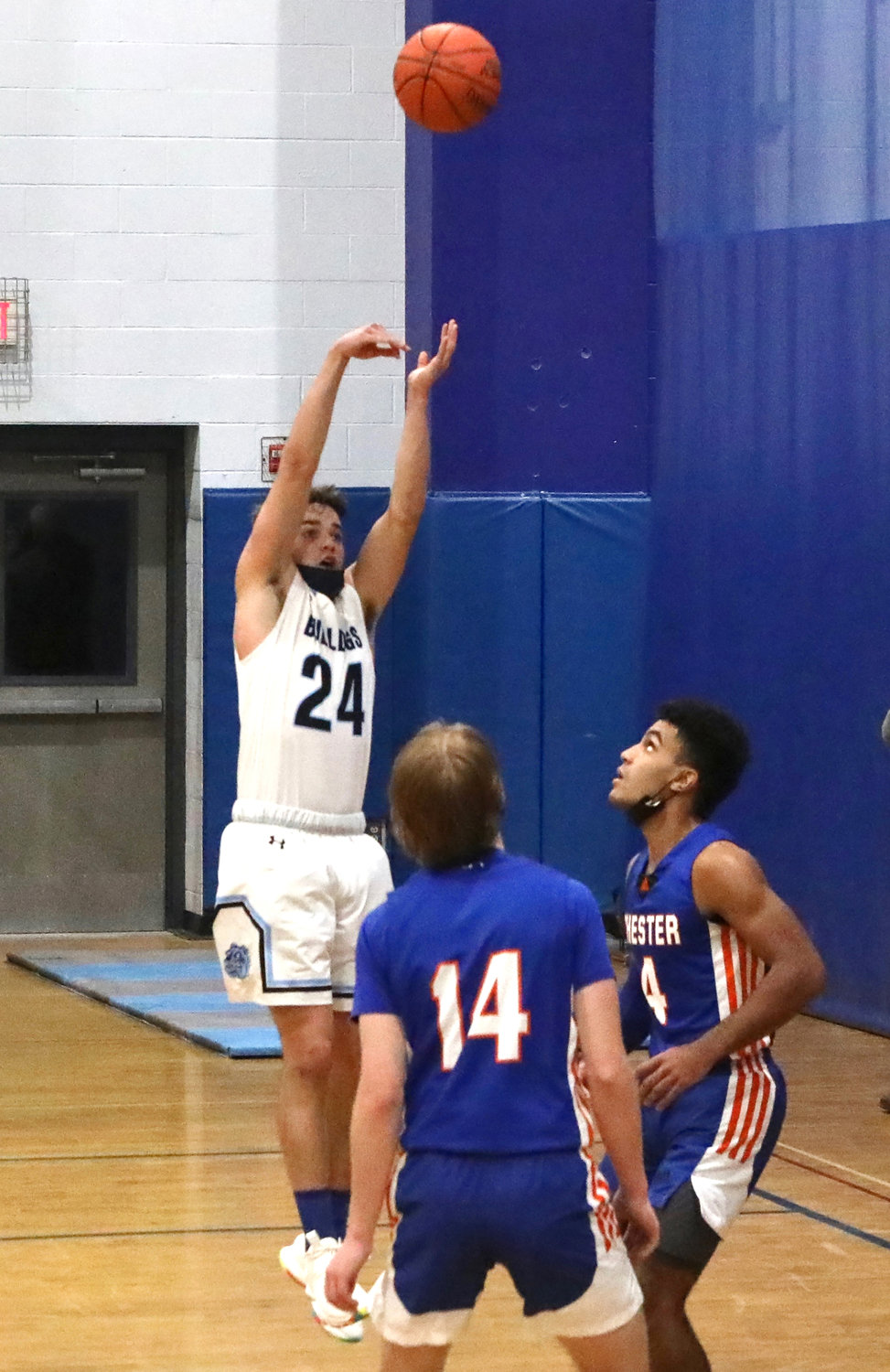 Sullivan West senior Dylan Sager rises up to score off a jump shot as Chester’s Jacob Angeles (4) and Alex Bastian (14) close a bit too late to affect his shot. Sager led the Dawgs with ten points in the league loss.
Richard A. Ross | Democrat 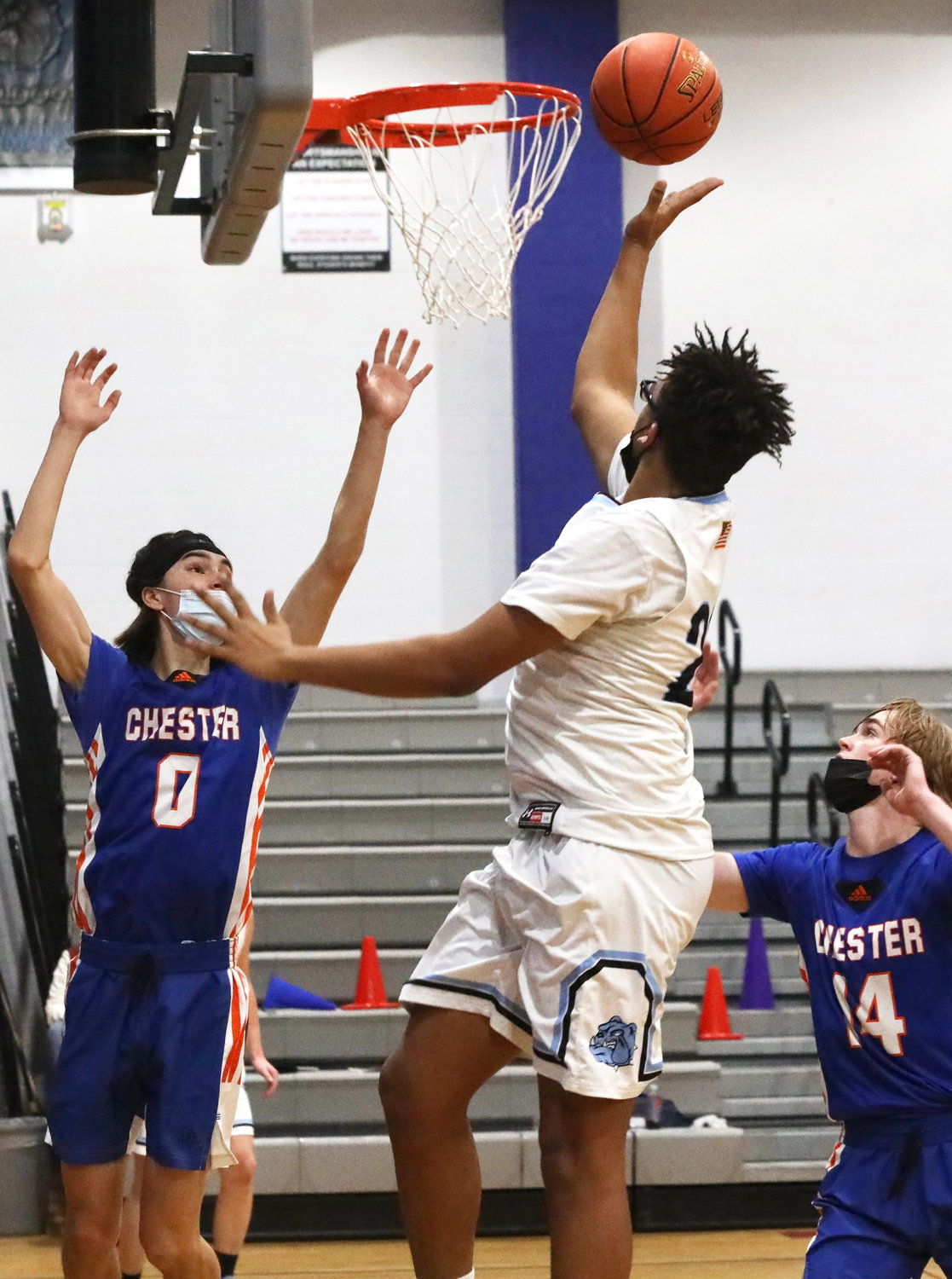 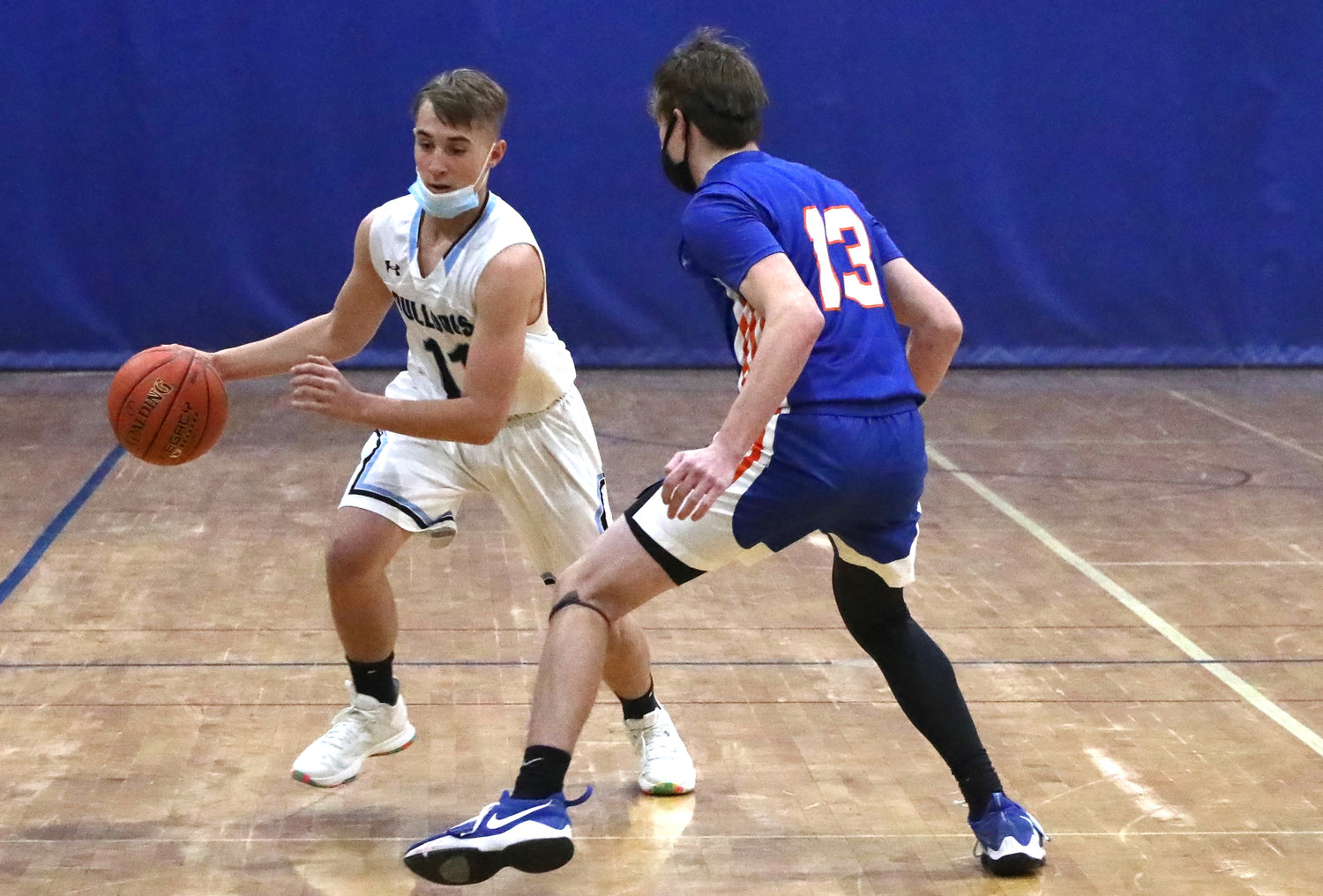 LAKE HUNTINGTON — “Losing is only temporary and not all-encompassing. You must simply study it, learn from it and try hard not to lose the same way again. Then you must have the self-control to forget about it.” Thus posited John Wooden, the Wizard of Westwood, UCLA’s men’s basketball coach who mentored the Bruins to ten national championships. His words constitute sound advice for the Sullivan West Bulldogs following their 67-33 loss to undefeated Chester in the first league game of this winter’s campaign.

As Sullivan West Coach John Meyer was quick to point out, “We’ve got to learn more about the fundamentals, how to handle pressure and to develop confidence.” Meyer summed it all up by noting that Chester exhibited great basketball IQ, something his team will need to develop as the season progresses. Chester came in at 4-0 (1-0) with wins over Liberty, S.S. Seward, Port Jervis and John S. Burke. Three of those victories were against Class B schools. This win raised their record to 5-0 (2-0). Deft passing, speed, superb helping defense and crisp execution helped the Hambletonians to get out to a 17-8 lead by the end of the first quarter. They outscored the Westies 16-8 in the second stanza to lead 33-16 at the break.

They led 48-30 after three quarters and Coach John Marsilio was pleased with his team’s ball movement and defensive pressure. “We try to hold teams in the 30’s and we were able to do that tonight against a very physical Sullivan West team. They threw an array of defenses against us including a 3-2 zone and a box and one, but we were able to execute our offense. We do need take care of the ball a little better though,” he noted. Sullivan West was led by Dylan Sager’s ten points. Jacob Hubert added eight.

The Dawgs were five-for 12 from the stripe (42%). Chester started five seniors and as Coach Meyer noted, the experience showed. The Hambos were led by Alex Bastion who poured in 25 points. Jacob Angeles had 15. Chester did not fare well from the free-throw line, however as they canned only 9 of 21 (43%.) Chester heads into a long break now until after the holiday hiatus. Their next game will be a tough one, a clash against Section I Haldane. Sullivan West fell to 1-2 (0-1). The Dawgs will travel to Roscoe on December 22.