How to win against the best

Liberty University's Jonathan Yaun reminded himself of how to win against the best when he saw his match-up for the opening round of 64 at the U.S. Amateur Championships August 10 at the Bandon Dunes …

How to win against the best 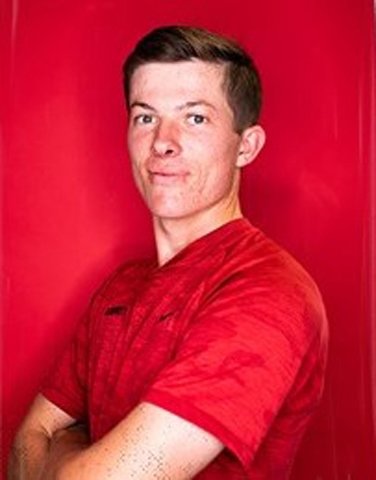 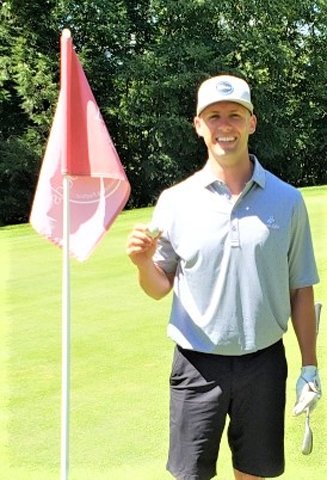 Liberty University's Jonathan Yaun reminded himself of how to win against the best when he saw his match-up for the opening round of 64 at the U.S. Amateur Championships August 10 at the Bandon Dunes at Bandon, Oregon.

The 120th U.S. Amateur was indeed a great honor for Yaun who has played well in recent tournaments.

Yaun is the son of Radford (Rad) and Meredith Yaun who are part of the Liberty (Sullivan County) based Yaun family and now make their home in Mineola, Florida. Rad while living in Liberty is well remembered for winning the New York State Amateur Championship in 1976 at the Grossinger Golf Course.

Jonathan, a rising Junior at Liberty University, who just a few months ago was barely ranked inside the top 500 in the World Amateur Golf Ranking, had to begin his match-play run against Georgia's David Thompson, a first-team All American, No. 4 in the World Amateur Ranking and the highest-ranked amateur in the field at Bandon Dunes.

The initial thought was that he got a tough draw.

When you put your mind to the task that you can beat your opponent that mentality quickly changed the match as Yaun defeated Thompson.

Yaun, who got into this tournament the week before showed what he was made of as he birdied four of his final five holes in a 3-1 victory over Thompson.

It was one of several big-time upsets in the opening round of match play.

Yaun's play this summer got him to the U.S. Amateur tournament and included a semifinal run in the North and South Amateur, where he shot 28 on the front nine at Pinehurst No. 2 before beating Rasmus Neergaard-Peterson in the quarterfinals, 9-8.

Yaun's shot-making in his opening Amateur round was equally as good.

At the par three 15th Yaun hit a 5 iron to 3 feet of the hole and at the next hole Yaun hit a 3-wood onto the green at the short par 4 and made a 15-foot putt for a birdie.

Yaun won the next hole after Thompson missed a 15 footer for birdie and the match was over.

Yaun noted the great experience he had playing with and defeating one of the best players in the country.

Every tournament has its up's and down's as Jonathan quickly learned as he lost on the 18th to lose 1 down in his next match.

The loss sends him back to Liberty University and his Junior year of college and practice where the fall golf season is up in the air due to COVID.

If you're out on the golf course playing by yourself what's the best thing to do if you score a hole-in-one?

“I saw the ball hit the green and then roll into the hole so I immediately got on the cellphone and called Swan Lake golf pro Bob Menges who arrived at the scene several minutes later,” Franke said.

Franke noted that he pointed out the divot the ball had made on the green and verified to Menges he saw the ball roll into the hole but never approached the hole.

Menges declared it was a legal hole-in-one, the first one ever scored by Franke who noted that he occasionally plays a round of golf before starting his bartender job in the clubhouse.

Franke, 26, said he has been playing golf for only four years but this summer he took the game more seriously and that he also plays with his brother, Rick, a DEC Forest Ranger, in the Tuesday Men's league at Swan Lake.

Distance and direction lead to inconsistent putting and these are the reasons we should always have at the top of our “How Can I Be More Consistent?” list.

Distance is the biggest cause of inconsistency, because it equates to the “feel” of the putt and also ends up controlling the distance after impact.

As we have all learned, more speed equals less break and less speed leads to more break.

On the other side of the coin, direction is the control we have in getting the golf ball started in the right direction before gravity and undulation take over the roll and path of the ball. Mixed in with all this is the factor that these two distinctions have to work together if we are to enjoy any success in putting.

Another way of looking at this is to think of our hands as the rudder and the engine/propeller of a boat.

The rudder of the boat controls the direction, while the engine/propeller generates the speed and distance.

When putting, our lead hand is the rudder.....it's along for the ride, but it also makes sure you are staying square to the target. The trail hand, which is usually our dominant hand, is the engine/propeller and determines how far the ball goes.

So, each “part” has it own function.....and a very important function....but one working without the other is either a boat going in circles (no rudder) or simply going nowhere (no engine).

An important key to developing more reliability with our distance and direction is to minimize hand and wrist movement, which, in turn, will maximize feel and control.

Constant speed is a major asset to every terrific putter and can never be overrated.

You feel the speed with your Eyes, Mind and Hands..... “The Triangle.”

Your eyes see the distance between the ball and the hole, a signal is sent to your mind, then your mind sends a signal to the muscles in your right hand (or left hand if you are a lefty) as the pressure and amount of acceleration on the forward stroke for the distance you want the ball to travel.

This definitely connects to the amount of back and thru distance.