I recently ended the lon- gest relationship of my life.It wasn’t easy, but it was also just time. We were both older, we had been through a lot of rough spots and have dealt with the … 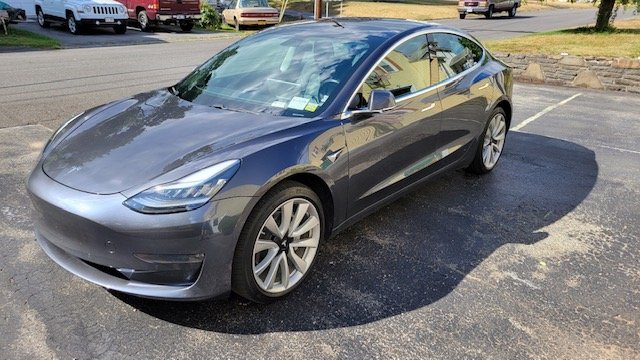 I recently ended the lon- gest relationship of my life.
It wasn’t easy, but it was also just time. We were both older, we had been through a lot of rough spots and have dealt with the insensitive com- ments that came our way.

Of course, I’m talking about the decision to trade in my 2010 Toyota Prius and get a new car. I can’t say enough about the Prius. I purchased it in October 2009 and never had any issues with it. But I was often asked, “How is
the liberal mobile?” or “How much do you feed the ham- sters that run on a wheel under the hood?”, as well as many homophobic remarks that don’t merit mentioning. The car was great and helped me create new stand-up comedy material during my pre-Covid run.

For the past two years I have had my eye on a Tesla.
I would say it was the last 5 years, but I didn’t have 100 grand for a car. The Tesla Model 3 became available
in late 2017 and is the most affordable model for those of us who don’t have to choose which beach house to stay
at over the summer. I had searched on Auto Trader for Teslas here and there and happened to see one pop
up in Kingston for a reason- able price that only had 35k miles on it. I made a call and was soon on my test drive.
I bought it the following day. I decided to get some attention on social media by announcing the purchase and that “my loan is 6 years, which is approximately how long it will take me to figure out half of the features.” My family soon began calling it the “spaceship.”

Let’s start with the 15-inch touch screen which
has about every feature you can think of. I was charging my car at a station while on a trip and decided to play with the interface. I came to an entertainment tab where Disney +, Netflix, and other services were already preloaded. There is also a diverse gaming section. Many of the games require
a Bluetooth controller, but of course the system is com- patible with both Playstation and XBox controllers. The big surprise was a game where you drive an animated car onscreen while using the actual steering wheel to control it. This was my niece Adeline’s favorite feature. While she was playing, the actual wheels on the car are turning in reaction to her controls. I am glad that game only involves steering and doesn’t require the use of the gas pedal.

Now for the big manly question about the vehicle, what’s under the hood? The answer...nothing. If you pop the hood, there is a spot to refill your wiper fluid and the “frunk.”Yes, the trunk in the front, which complements the enormous trunk and fold down seats in the back. But if by asking “what’s under the hood” you are asking about torque and horsepower? Well, it’s 0-60 in 3.1 seconds and I recommend playing “Danger Zone” by Kenny Loggins or the Back to the Future theme before you push down on the accelerator.

Now one of the main questions I get is the range and the cost to charge it. This is a 2019 Model 3 long range model, and you have the ability to go 285 miles on a full charge. The cost per KWH is roughly 8 cents at my home so a full charge runs me about $6.

As I pull into my driveway and my side mirrors auto- matically fold in before I get to my garage, I look up at my solar panels and think, “Man, gas sure looks expensive.”