LIBERTY – It isn’t how you start, but how you finish. Trailing at the end of the first three quarters, the Liberty Indians (1-4) put it together in the final eight minutes of play to … 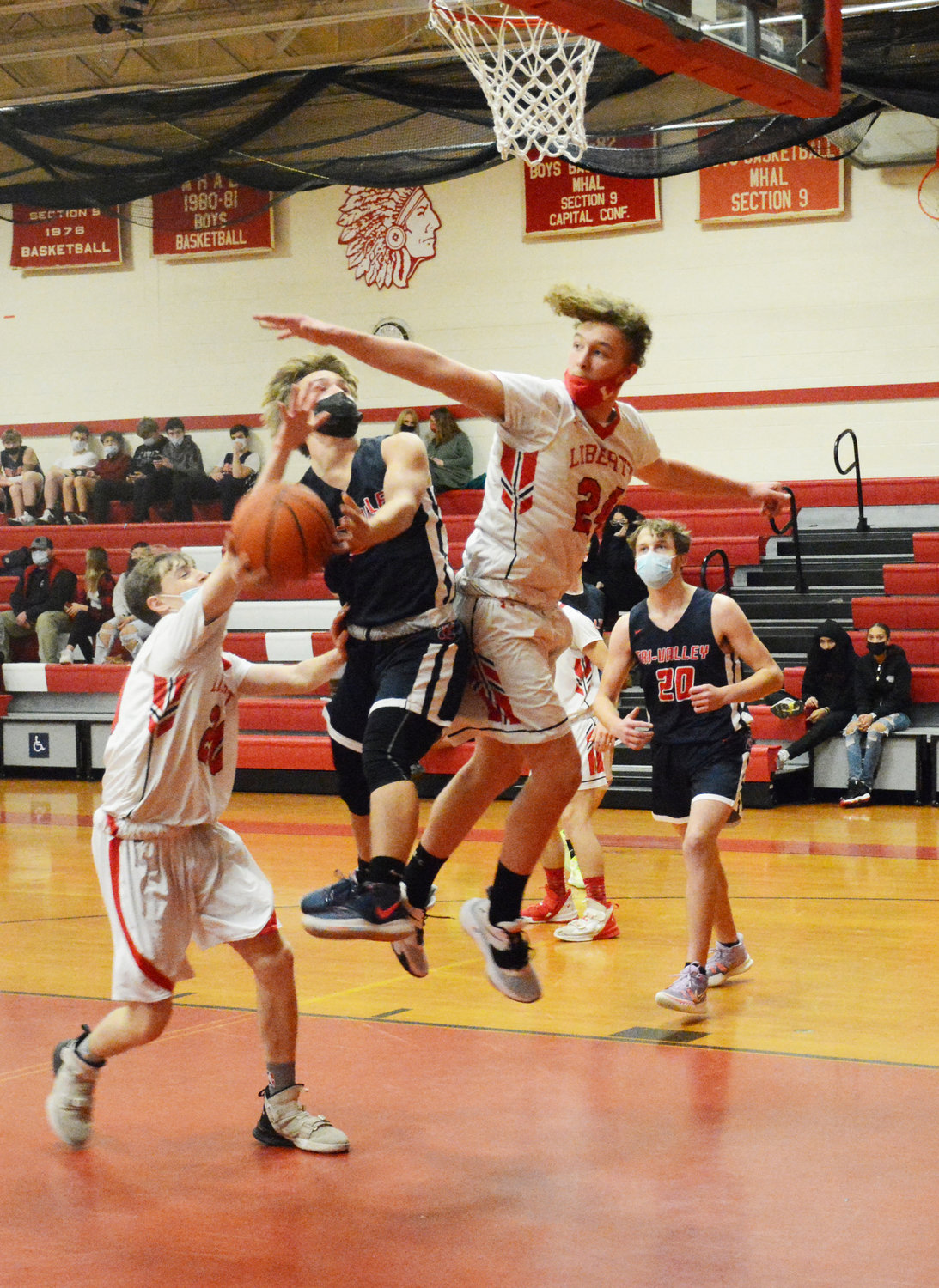 Tri-Valley’s Austin Hartman showed off some fancy footwork to get into the lane for this layup.
Joseph Abraham | Democrat 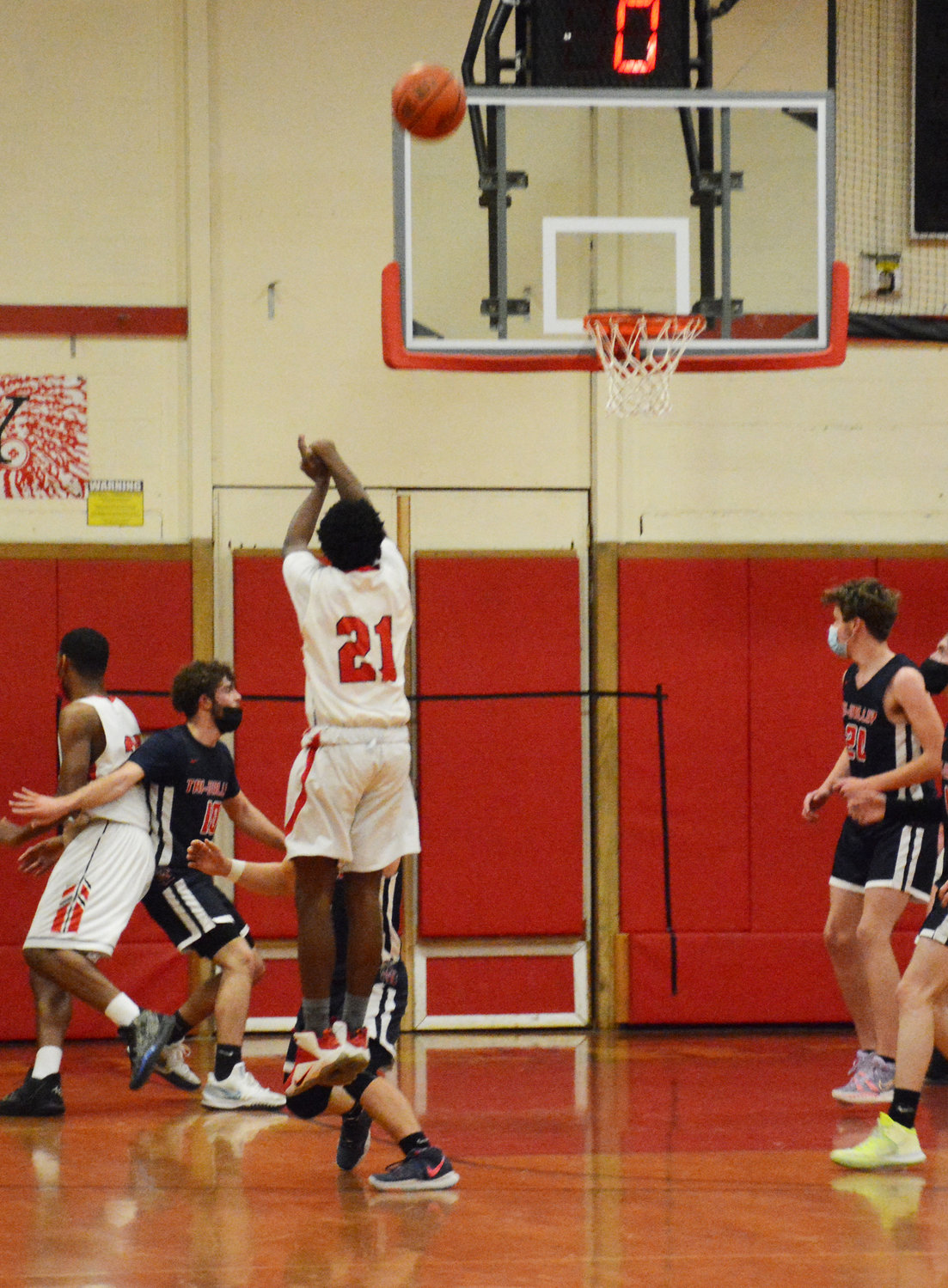 LIBERTY – It isn’t how you start, but how you finish. Trailing at the end of the first three quarters, the Liberty Indians (1-4) put it together in the final eight minutes of play to defeat the visiting Tri-Valley Bears (1-1), 36-33, on Tuesday night.

The game was tied at 33 with just over three minutes remaining following a layup by Liberty Senior Ethan Werlau. Still trying to figure things out early in the season, the Indians and Bears were both stifled by the opposing team’s defense for stretches of time throughout the non-league contest.

Neither team scored in the two and a half minutes that followed until a clutch three by Giovanni Dudley with just over 30 seconds remaining gave Liberty the advantage. The visiting Bears were unable to answer in the remaining moments of regulation.

“The hustle was fantastic,” said Liberty Coach Chase Alexander on his team’s performance. “Everyone kept their heads up, even though we had a short bench. We came together as a team at the end and moved the ball really well.”

Nasir Gibbs led Liberty in scoring with 16 points. Dudley, Werlau and Cody Ricco added five points each for the Indians.

The victory was Liberty’s first of the season following tough losses to Chester, Ellenville, Cornwall and James I. O’Neill.

As for the visiting Bears, they were without Senior Andrew Cox who was injured in their season opener against Livingston Manor.

“I’d say tonight we played hard as a team,” said Tri-Valley Coach Kevin Delaney. “It was only the second game of the season and first game without one of our regular starters and top scorer, so we were a little timid on offense. Our defense played hard. We were just out-rebounded.”