‘It’s all about planning’

Keison McHenry, who is 11 years old and in the sixth grade at Sullivan West Elementary School, is a recent transplant from the Bronx and is leading the Sullivan West Chess Club in points just miles …

‘It’s all about planning’ 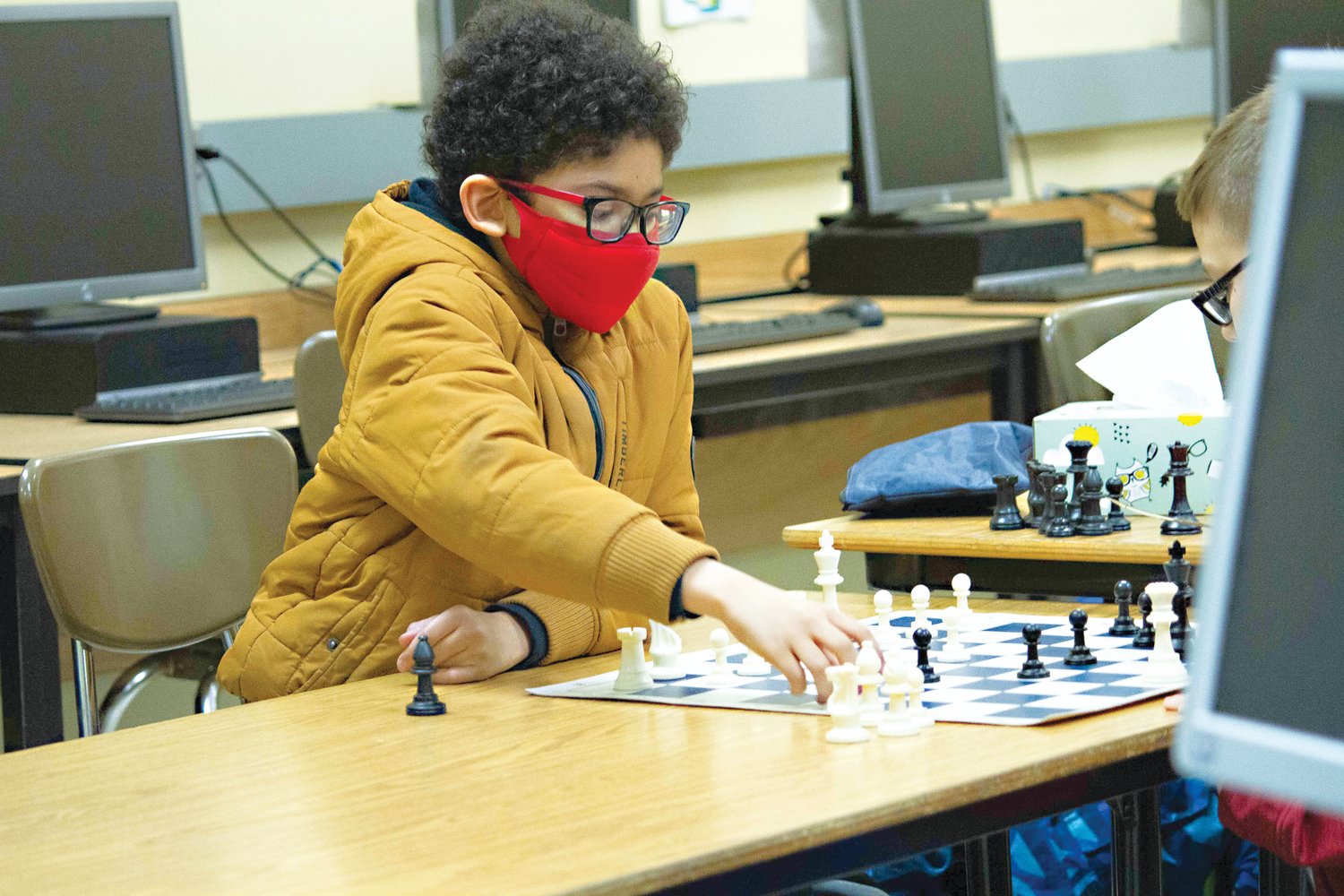 Keison McHenry from the Sullivan West Chess Club has his sights set on becoming a professional chess player one day.
Patricio Robayo | Democrat 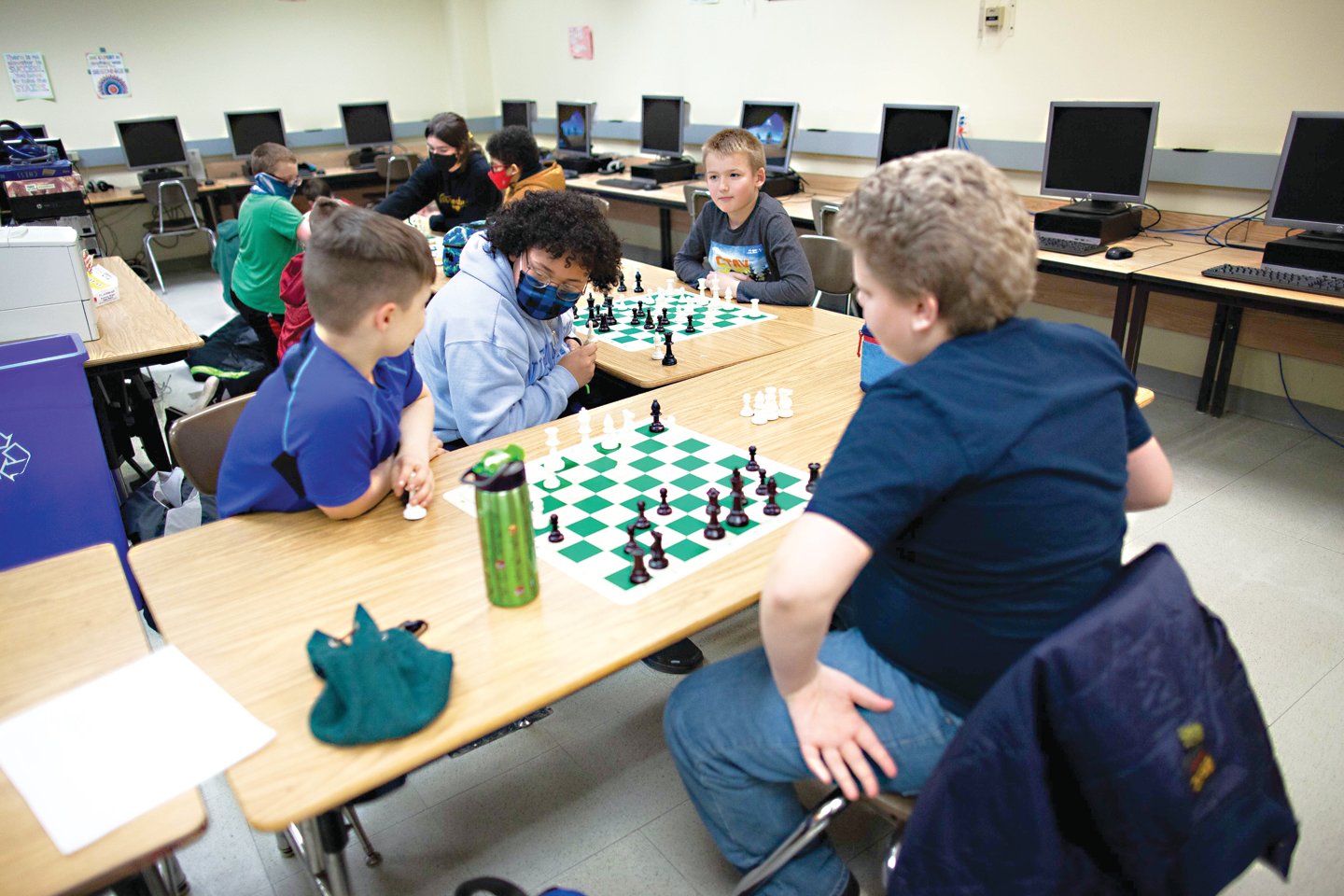 Students from Sullivan West Chess Club battle it out every Monday after school.
Patricio Robayo | Democrat 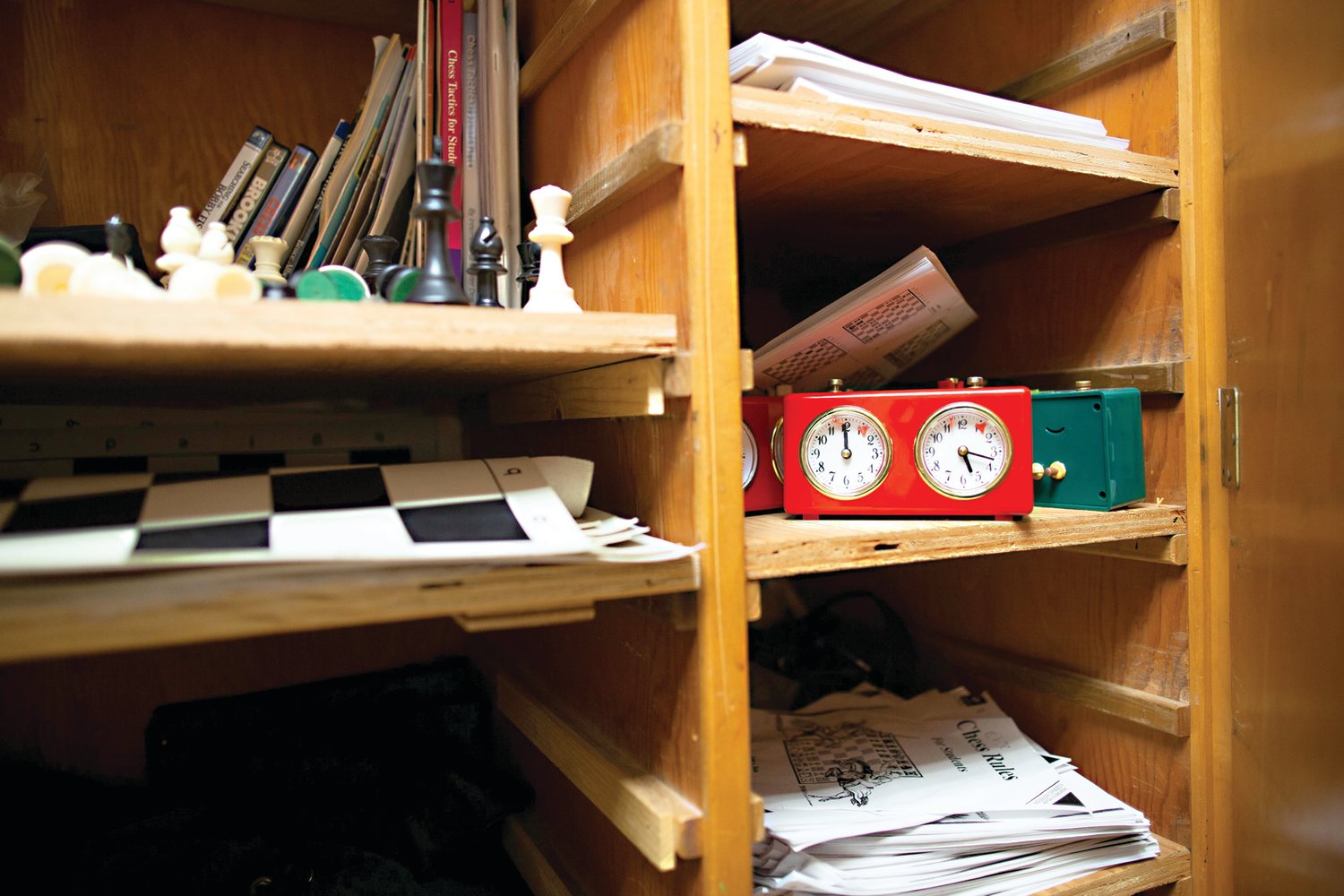 The time clock in the supply closet.
Patricio Robayo | Democrat 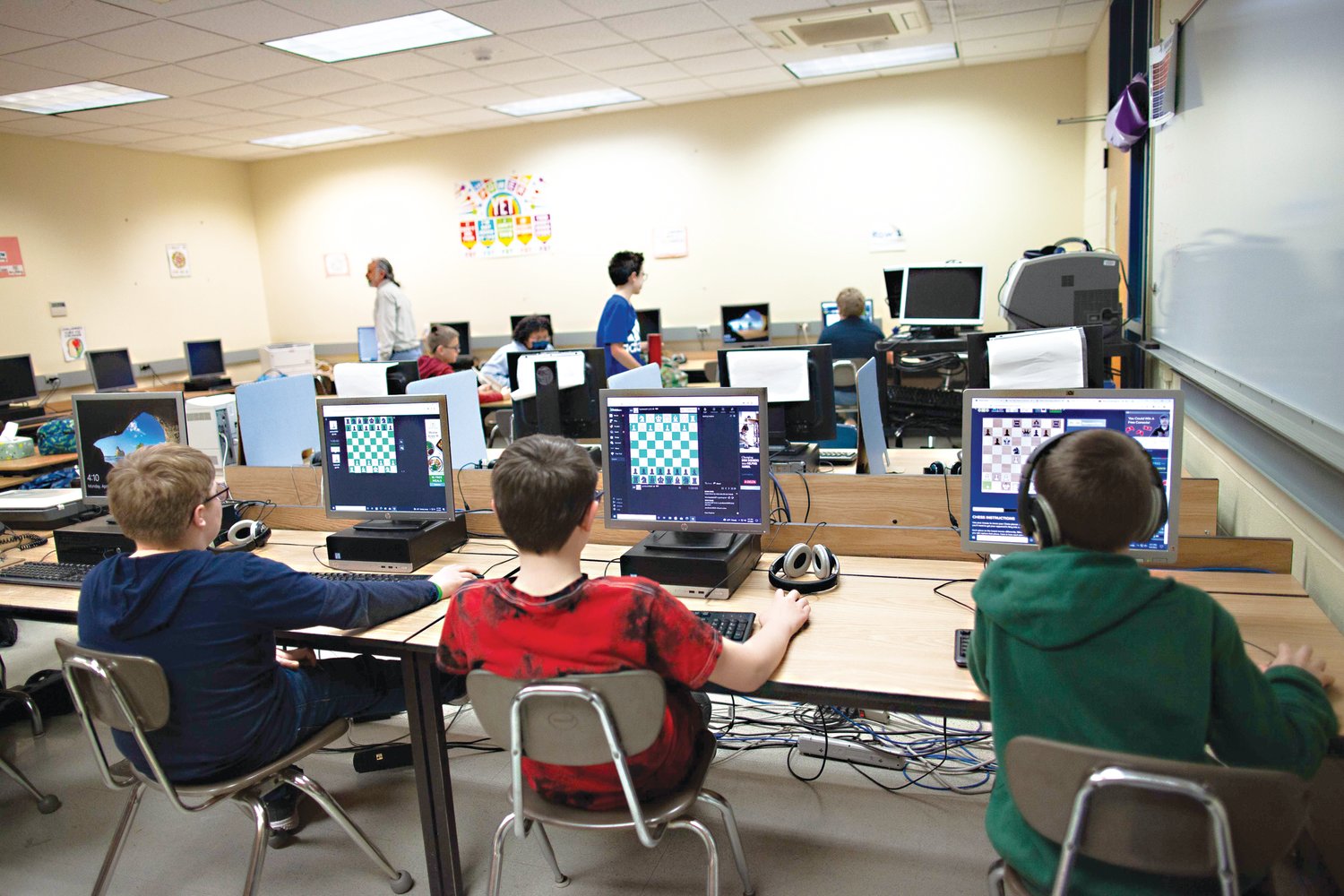 After playing over the board chess, the students then go to the computer to continue playing or solve chess puzzles.
Patricio Robayo | Democrat
Previous Next
Posted Friday, April 22, 2022 10:01 am
By Patricio Robayo

Keison McHenry, who is 11 years old and in the sixth grade at Sullivan West Elementary School, is a recent transplant from the Bronx and is leading the Sullivan West Chess Club in points just miles from where World Chess Champion Bobby Fischer trained at Grossinger’s for his 1972 match in Reykjavík, Iceland.

In the basement of Sullivan West Elementary School, about 18 students meet every Monday to go over chess puzzles, watch chess lectures and play in the Sullivan West Chess Club.

Gary Reno, the Elementary Chess Club Advisor, says that while the chess club has been around for a while and offers all those things, mostly what the students come down to do is play against each other.

Each week, the students are paired up to play a match in a semester-long tournament.

Growing up in the Bronx, chess has always been in Keison’s life; learning the game as early as four years old from his father, Keith McHenry, a retired firefighter from the New York City Fire Department.

Keison said it wasn’t until he was nine that he took a genuine interest in the 1500-year-old game and has worked hard at it ever since.

“When you play chess a lot, it exercises your brain. You get to learn more about planning, and the whole game is about planning and one of the only board games that actually teaches you stuff,” said Keison.

And planning for the future is what Keison has done; he has his sights set on becoming a professional chess player.

“I have a solid plan; I am going to be playing chess, and maybe a side job being a YouTuber,” said Keison.

The youngest Chess Grandmaster in history, Abhimanyu Mishra from New Jersey, was recently crowned. At 12 years old, he earned his title while playing in Budapest at the height of the pandemic.

During the onset of the pandemic, online chess saw a massive boom in interest, with Chess.com adding over 1 million new accounts in March 2020 and another 2.8 million increase when the Netflix drama, The Queen’s Gambit, debuted.

Keison’s father, Keith, says he learned at a young age himself after his cousin defeated him with a scholar’s mate.

“I wasn’t too much of a fan of that scholar’s mate. So I started obsessing over it, and I went to the library and started going down to Washington Square Park and different chess clubs on Thompson Street, and I’ve been in love with the game ever since,” said Keith.

He added that he taught both his son and his daughter, Keisy, but Keison has taken hold of the game for right now.

Keith says he has been watching chess lectures and chess streaming shows with Keison on Youtube and viewing the analysis of some of the major games that have been played.

While Keison might not play chess with his father every day like he used to, Keith knows that his son goes to sites like Chesskid.com, where he plays and solves chess puzzles or plays Virtual Reality Chess.

“We used to play a lot, but now that he’s getting better, he wants to surprise me with his skill,” said Keith.

He added, “Keison takes it [chess] seriously. He’s loving it and I always ask him, if he is having fun. And as long as he’s loving chess, then I am all for it.”

For Keith, his attraction to chess has been how the game plays out - the opening, the middle game and the end game.

“I taught my kids that is how they can look at life. Life has a beginning, middle, and end. The moves you make in those first two parts determine how it ends up,” says Keith.

He added, “It’s okay that you lose; you learn from every loss. It’s just an all-around fun game.”

Currently, Keith is building a large outdoor chess set for his children to play during the summer to get them outdoors and have fun moving the giant chess pieces.

Currently, Keith and Keison are exploring options to start playing in chess tournaments but say it is only if Keison wants to pursue that avenue.

And on the future of Keison’s chess-playing career, Keith says, “If he loves chess that much, he’ll find a way to make money. It’s whatever he wants, as long as he’s happy.”