James Allen Mitchell, a self-employed carpenter, passed away at his home in

The son of the late Marty Facciolla and Joyce Thorpe Facciolla, he was born December 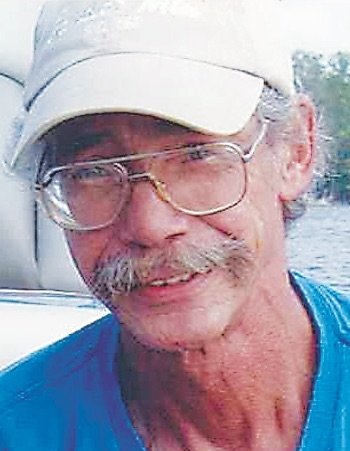 James Allen Mitchell, a self-employed carpenter, passed away at his home in

The son of the late Marty Facciolla and Joyce Thorpe Facciolla, he was born December

5, 1950 in Teaneck, NJ. Raised in Bergen County, he was often called by the local

police to help rescue wild baby critters found in the neighborhood. One of his

Crockett. Never one to enjoy living in a residential area, after marrying the love

of his life, and best friend, Kitty, they moved to Orange County and then to

Bloomingburg in 1978. In the 1990's he partnered with Stewart Strysko and started

“Design and Construction Inc.” which built several of the unique homes in the Chapin

Estates and Sullivan County. Most Sunday mornings, Jim and Kitty could be found

fishing on Swinging Bridge Reservoir. In the autumn months, he could be found in the

woods on his deer stand. He was an accomplished taxidermist, working on deer, bear,

fish and fowl for himself and customers.

His mother would refer to him as her “Sam Elliott” son, steadfast, dependable and

honest. He was well respected by all that knew him and worked with him. He taught

with your two hands. And he gave his wife a life filled with love, and laughter like

she never imagined, but that ended all too soon.

He is survived by his wife of 48 years: “Kitty” McMahon Mitchell, at home; a

daughter: Cassidy Mitchell of Bloomingburg; a son Wesley and his wife Carolynn of

Mitchell of Raleigh NC; his siblings: Robert Mitchell of Sparta NJ and Michael

Due to our current health crisis, a public memorial service may be held at a later

In lieu of flowers, memorial contributions can be made to The Natural Heritage Trust

Arrangements are under the direction of the VanInwegen-Kenny, Inc. Funeral Home of

Wurtsboro. For additional information or to send an online condolence, please visit