Largely through the efforts of the New York Manumission Society, which was founded in 1785 and counted among its early members John Jay, Alexander Hamilton and Aaron Burr, New York State passed a law … 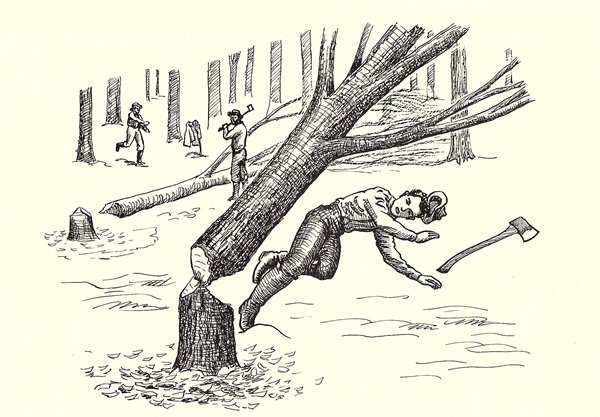 Largely through the efforts of the New York Manumission Society, which was founded in 1785 and counted among its early members John Jay, Alexander Hamilton and Aaron Burr, New York State passed a law in 1799 to gradually abolish slavery, with the last slaves in New York gaining their freedom on July 4, 1827.

There are few accounts of slaves living in Sullivan County during the years the practice existed in New York, but there are some.

James B. Dunn, who was born a slave and was freed when New York's law took effect, lived for many years near present day Narrowsburg.

Dunn's father had been brought to New York on a slave ship, and around 1807 the youngster, then about seven years of age, was purchased by William Dunn, who, according to one account, paid $300 to Jacob Chambers, a slave owner in Cuddebackville.

Writing on the website, Tusten-Narrowsburg.org, Tusten Town Historian Art Hawker relates that “William Dunn, returning from New York City, stopped in Cuddebackville, and was entreated by a slave mother to buy her 4-year old son because she was unable to provide properly for him, but wanted him close enough to visit on occasion, which was not uncommon. The lad was purchased and named James B. Dunn.”

For the rest of his life he was legally known as James B. Dunn, although most of his neighbors referred to him as “Uncle Jim,” and sometimes, apparently, as “Black Jim.”

“Locally, up until the 1960's at least, Black Jim's Farm was often referred to as that area near the former Tusten dump along the railroad right of way,” Hawker writes. “(The existence of "Black Jim" is confirmed by an entry in a ledger from the Hankins Family General Store, which operated in the community of Tusten from the early 1800's into the twentieth century. A transaction record dated January 14,1829 refers to ‘Black James Dunn,' with subsequent entries referring to James Dunn, or simply ‘black man,' settling the account of William Dunn).”

James B. Dunn helped clear the land where the hamlet of Narrowsburg is today, and worked with William Dunn and his large family on their farm. Upon gaining his freedom under the law, James continued to work for his erstwhile master until the latter met an untimely end in a tragic accident while, in the words of the Republican Watchman newspaper at the time, “in the prime of his life.”

On December 2, 1830, William and James and several other hands were clearing timber when William was crushed under one of the trees.

“As soon as practicable, they removed him from beneath the tree trunk, when he said, ‘Boys, I want to go to sleep,' and died,” James Eldridge Quinlan wrote in his “History of Sullivan County,” published in 1873. “In the morning, full of manly life, and animated by laudable enterprise, he went from his home to attend to the business of the day, at night he lay a mangled corpse, cold and still, surrounded by an inconsolable family and sorrowing neighbors…Old people of that locality still speak of him kindly, and declare that he was a good neighbor and never turned the poor and afflicted away empty.”

After William's death, James B. Dunn continued to live in the upper Delaware region, the last with that family name to do so. He reportedly held his former master in high regard, and in Quinlan's words, “always refers to him in terms of respectful affection, although he has been dead about forty years.”

James B. Dunn became a steersman, rafting timber on the Delaware River, as well as continuing to farm his land. He married and had two children. He contracted tuberculosis, and was in ill health when his wife passed away in 1872, after which time he faded quickly. He died on September 21, 1873.

A few of my favorite things and more