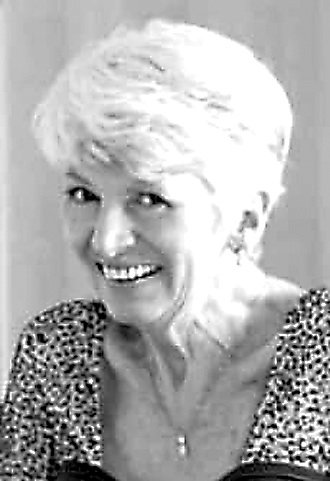 Jean went to St. Patrick grammar school in Bay Ridge Brooklyn and then went on to Fontbonne Hall Academy, also in Bay Ridge, where she graduated from high school in 1960. From there she went to nursing school at St. Clare's in Manhattan, NY. After nursing school she went to work in a few hospitals, until she married in 1977 to Dr. Antonio P. Ricaforte. Even though they were both in the medical field, they met bowling.

She then stopped working to start her new career as Mom, when her son Terry was born in 1978, followed by her daughter Tamara in 1981. She returned to nursing acting as a school nurse before retiring from William O'Connor School as their school nurse in 2006.

She was a daughter, a sister, cousin, aunt, sister-in-law, a best friend, a nurse, a wife, mother and a second mother to many, “Jeannie”, Mrs. Ricaforte, a mother-in-law, a grandmother… and most importantly to her husband, son and daughter, the foundation of our lives. We are going to be a little shaky without her for awhile…

Her husband was able to be with her before she passed, and she passed away peacefully with her two children by her side. But if you know our Irish Catholic mother, she waited until she received her last communion.

We have no doubt that if anyone is on the Express Train to Heaven, it is “Saint Jean”, and there will be no waiting in line for her. Now she can swim again in her beloved Delaware River, in Callicoon, NY.

She is survived by her husband Antonio, son Terry, daughter Tamara, six grandchildren, sister Emily and brother Jack, countless extended family and friends, and so many who have passed through her kitchen, where you could talk and she would listen, always welcoming you with open arms.

Friends may call on Friday, August 21 at Stewart-Murphy Funeral Home, Callicoon, NY from 4 to 8 PM, and from 9:30 AM to 10:30 AM Saturday. Social distancing guidelines will be enforced and face masks will be required. A mass of Christian Burial will be held at 11:00 AM Saturday at Holy Cross Church, Callicoon, NY. Funeral arrangements have been entrusted to Stewart-Murphy Funeral Home Callicoon, NY 845-887-4900. For directions or to send condolences please visit stewartmurphyfh.com.

Metal knuckles lands man in jail
LIBERTY — On Friday, September 23 the Village of Liberty Police Department arrested Alexander Garcia, 23 of Liberty after an investigation into a disturbance on North Main …
Scam alert: the phony utility scams are back
SULLIVAN COUNTY — The Sullivan County Sheriff’s Office is warning the public of a new rash of scams being perpetrated in the county.  Callers pretending to be from New York State Gas …