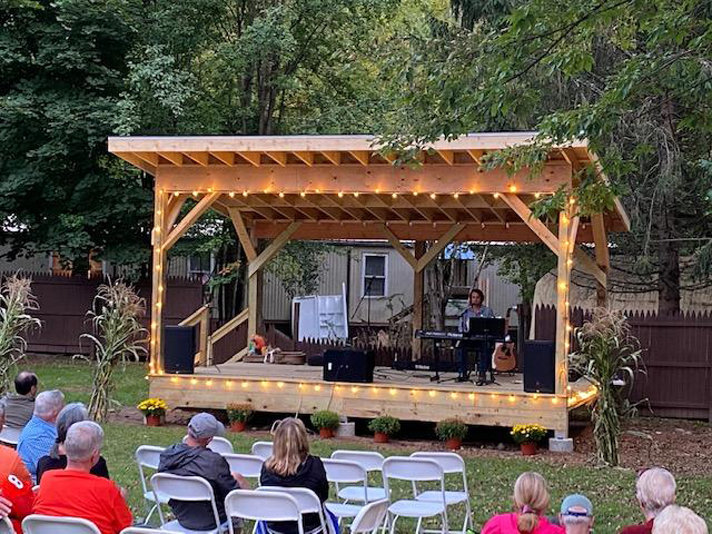 The new stage at Backyard Park was put to good use with a concert following Jeff Jamboree festivities.
Contributed photo 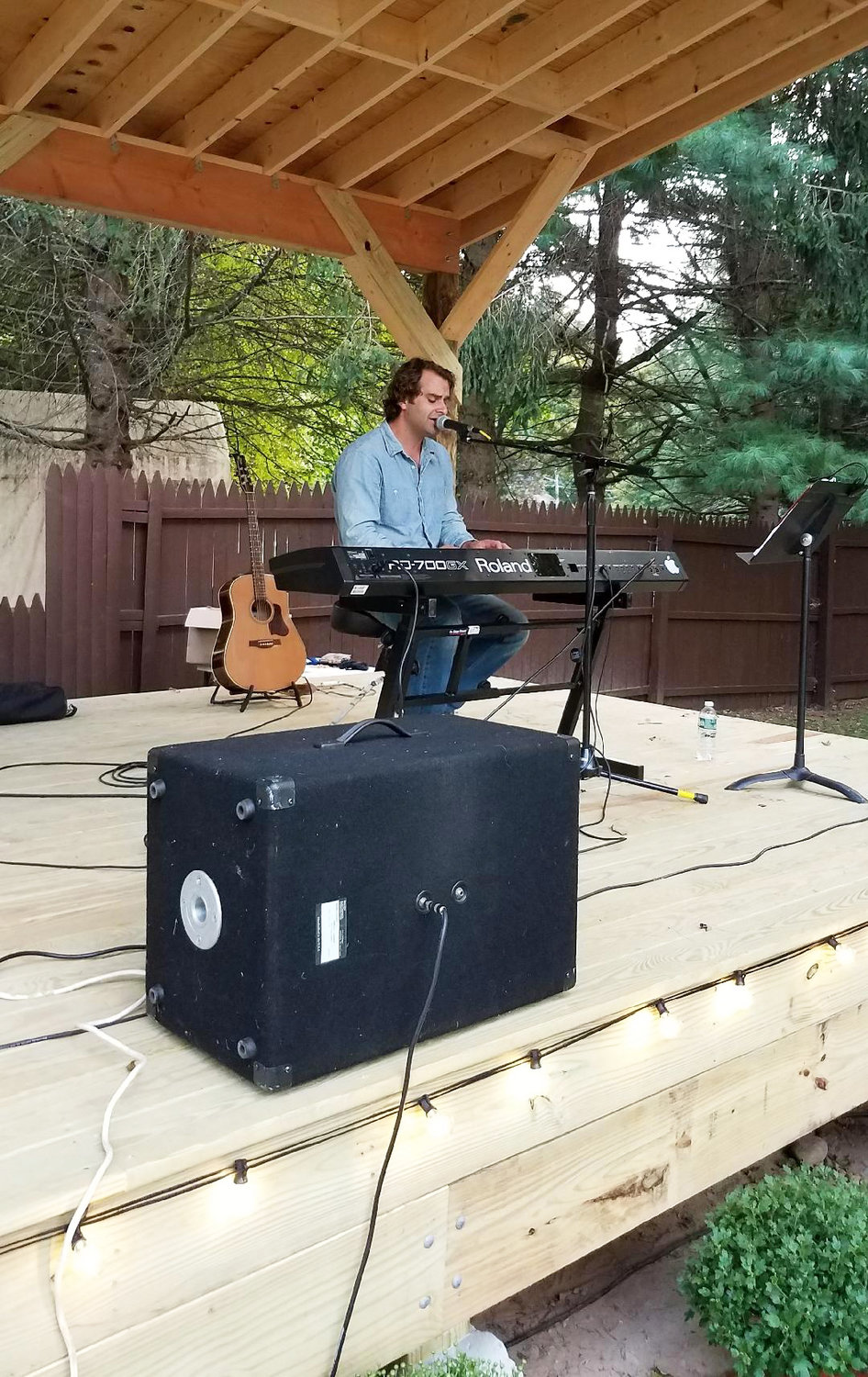 Opening up the Concert was Ruthann Schulman Baler and her son, Sam.
Contributed photo
Previous Next
Posted Friday, September 23, 2022 7:00 am
Susan Bodenstein

Ruthann Schulman Baler opened at 5:30 p.m.  with her son, Sam Baler. Their music delighted the crowd with a blend of pop and folk with blues and country undertones.

Next, Justin Sutherland a multi-instrumentalist who can play piano, guitar, drums and harmonica, played some of his new songs.

Last on stage, another local favorite BJ Hendrickson, a singer and acoustic performance artist specializing in playing songs so familiar that the crowd sang along. BJ performs at breweries, distilleries, cideries and restaurants throughout Sullivan, Orange and Delaware Counties.

Then, to make it a fantastic end to the evening, all of the musicians performed together, taking requests from the crowd.

Craft Fair returns to the DYC