A former high school standout evolves into an exceptional coach

A former high school standout evolves into an exceptional coach 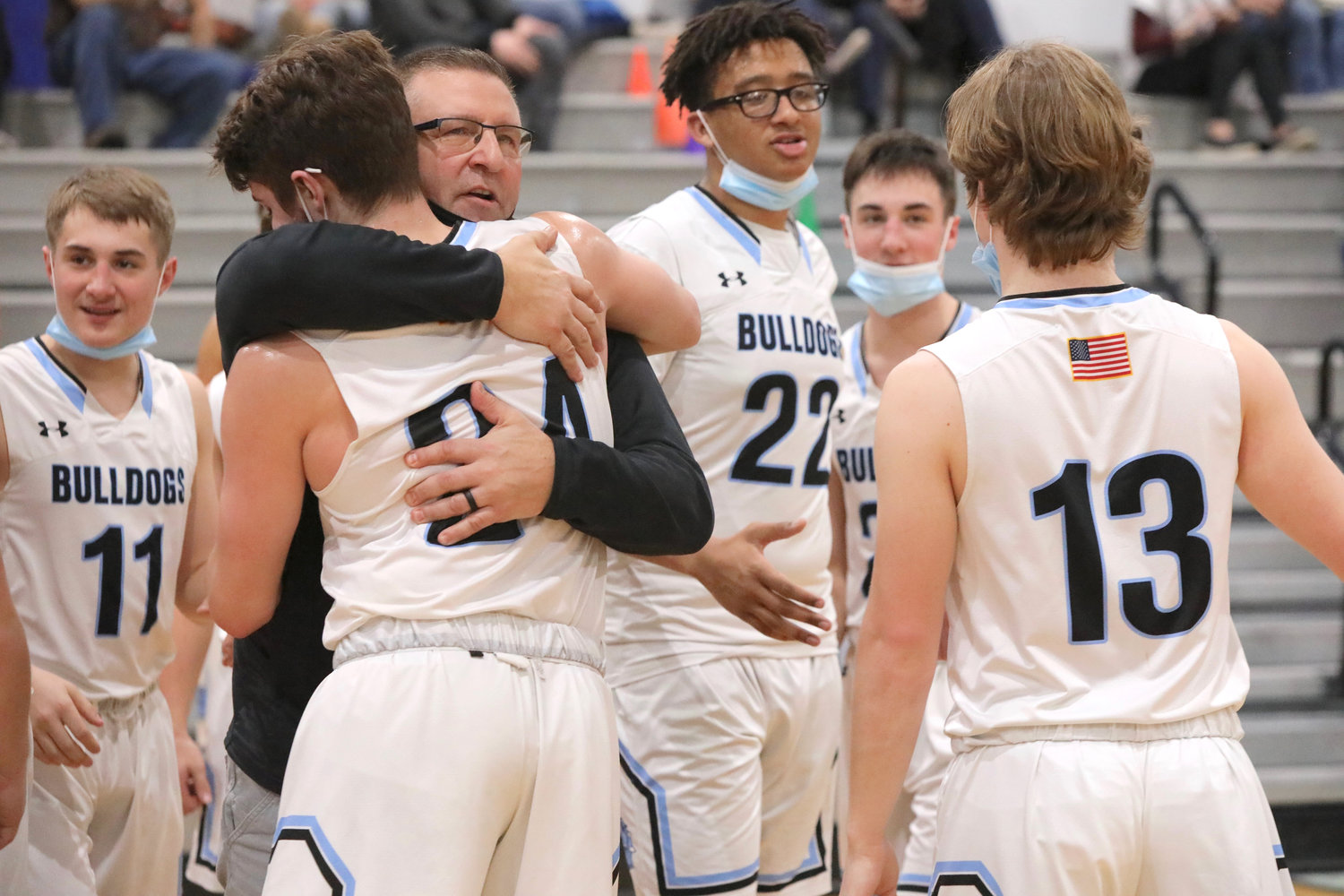 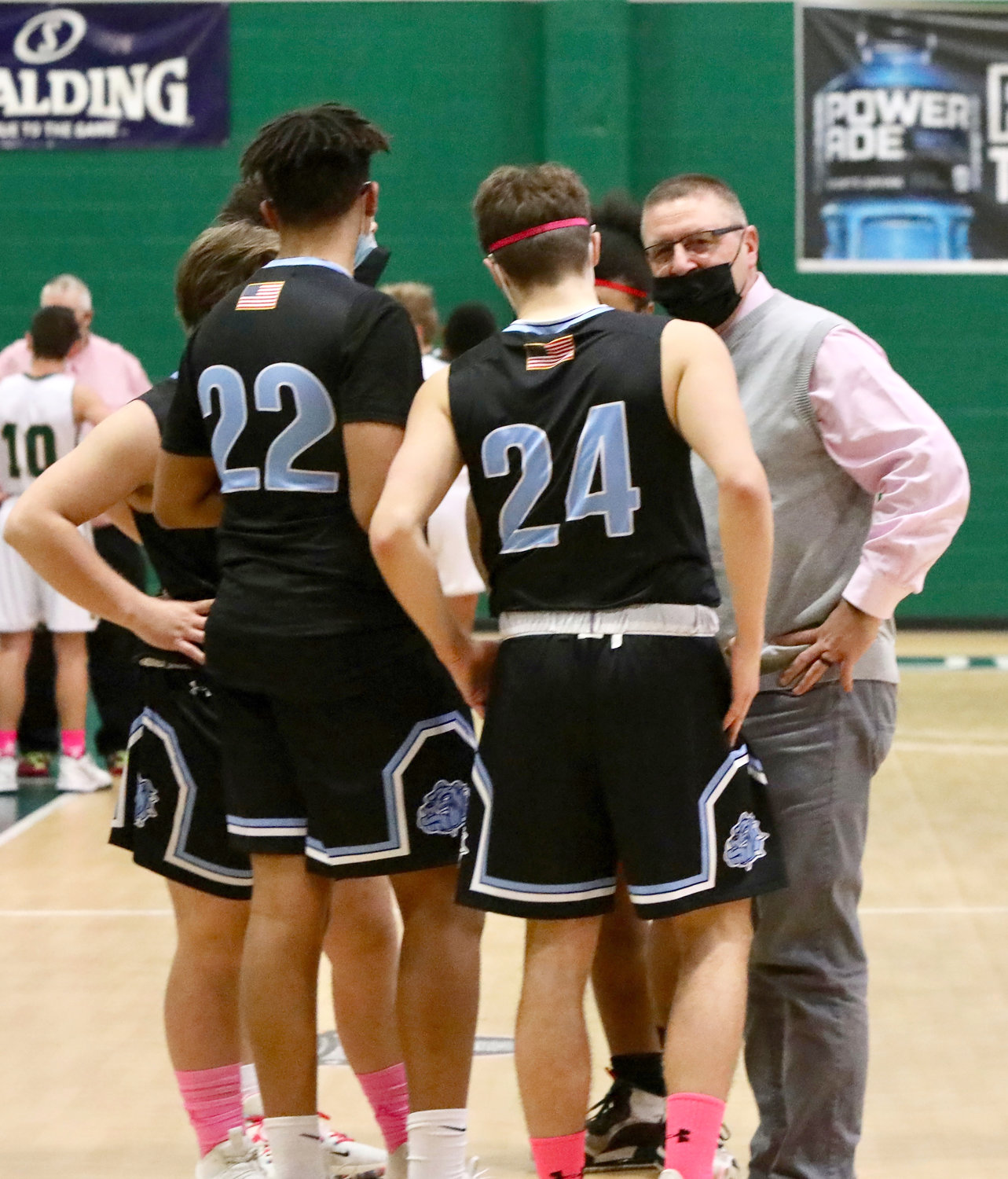 Coach John Meyer motivates his team during a timeout, keeping them focused during a non-league win over Eldred.
Richard A. Ross | Democrat 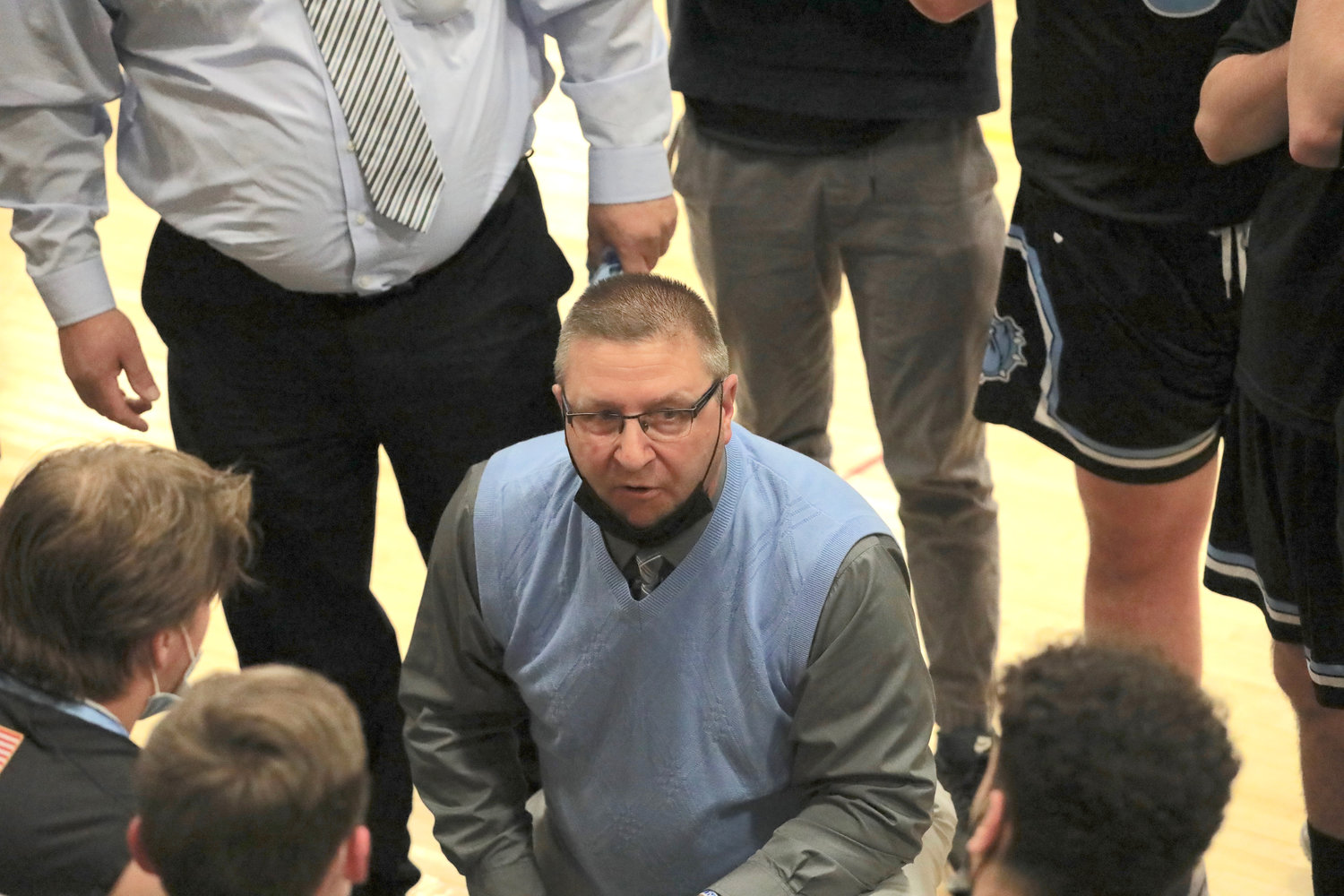 John Meyer kneels down to address his players during a timeout.
Richard A. Ross | Democrat
Previous Next
Posted Friday, April 1, 2022 6:20 am
Richard A. Ross

Meyer embodies a great temperament. Indeed, he has the perfect demeanor for coaching. Affable, yet serious with high expectations for his players, his intense competitiveness and outstanding rapport with the kids fortunate to have him as their coach, are just a few of the salient aspects of his persona that have defined his impressive coaching career. This past winter, those positive aspects, figured strongly into his guidance of the Sullivan West Bulldogs boys basketball team to a 12-8 record which included an impressive postseason win over Millbrook. While some coaches lack the experience of playing the sport they are hired to mentor, such is not the case for Meyer who has been an athlete all his life.

Schooled in the crucible of playing both basketball and baseball back in his high school days at Narrowsburg, from which he graduated in 1984, Meyer was named the MVP in both sports in his senior year and crowned as the Athlete of the Year. As early as sixth grade he had served as the varsity team manager while participating in practices. It wasn’t long before he established himself as a central part of the Indians’ athletic nucleus.

After moving on to Sullivan County Community College, he was approached by legendary former Jeffersonville-Youngsville basketball coach Paul Zintel who had moved on to coach the Generals’ basketball team. Zintel, who had seen him play in high school, reached out to recruit him, an offer Meyer decided against. Finishing his college education at East Stroudsburg University and majoring in elementary education paved the way for a career in teaching that began at Delaware Valley in 1997. That hiring included the responsibility of coaching softball, a sport Meyer has played recreationally across the decades.

Meyer’s coaching resume has since come to include volleyball, golf and basketball. Blessed with a great understanding of the game and a keen instinct for his players’ abilities, potential and roles on his teams, Meyer sets about early to make clear what he expects, “I’m very honest and direct,” he notes. He is clear about what needs to be worked on and expects his players’ compliance with his decisions about where and how he wants them to play. He insists upon great effort and good sportsmanship. In these things there can be no partial commitment.

Meyer sees a world of difference between the way things were done when he was playing and now. “I want practices to be not only useful preparation for games, but multipurposed and fun.” Meyer spends hours watching YouTube videos and studying the ways of successful coaches such as Villanova’s Jay Wright. When it comes to the x’s and o’s of offense and defense, he applies everything he has learned and seen. That said, he understands that during a season, there will be teams that are far more talented than his. Nevertheless, he insists that each player offers up his best. “There are games you are expected to win,” says Meyer. So, when one of those ends up in the loss column, he claims ownership for the defeat. “I don’t sleep. I ask myself over and over what else I could have done. The victories belong to the kids. The losses are on me,” he avers.

Meyer’s coaching career has had its hiatuses, most notably to be there for his son Jordan and daughter Olivia who were standout athletes at Honesdale High School. Jordan played baseball and went on to excel at Lackawanna College and then at LaSalle University. Olivia turned her interests in basketball and softball towards a career in Physical Therapy. While they were playing, Meyer felt the need to be there for them. His wife Sherry is extremely supportive of his endeavors. “I couldn’t do this without her,” he adds.

Meyer also has great affection for his stepson Ben Mitterwager, a 2017 graduate of Sullivan West who was a stellar athlete. Ben is now serving his country in the United States Marine Corps. Strong and encouraging influence from the legendary Fred Ahart, as well as from the iconic Jerry Davitt, convinced Meyer to return to the coaching ranks. This past season, the Bulldogs’ losses against Seward were the hardest for Meyer. Both games could have gone either way. Chester proved to be a tough opponent too, but the team fought tooth and nail against the Hambletonians both during the season and in sectionals.

The quarterfinal road win against Millbrook was uplifting. “We had a good blend of older and younger players who fought for one another and were enthusiastic about each other’s play. They celebrated each other’s best moments and encouraged each other when they had difficulties.”

Coaching has so many different layers. With a large team like this year, Meyer was cognizant of the minutes players had on the hardwood. He got great help and support from his staff including assistant coach John Hauschild and junior varsity coach Ronj Padu, who he encouraged to be forthcoming with ideas and to take more active roles.

The Town of Callicoon Youth Basketball program serves as a good foundation for Sullivan West’s basketball program. Some of his players help on Saturdays, especially with the fifth and sixth graders. “We teach them what we practice,” said Meyer. Meyer feels that when it comes to modified basketball, he would love to see the barring of the three-point shot and tougher officiating. Both changes, if implemented, would improve the fundamentals.

As to challenges, he says, “The greatest ones are the things I can’t control.

“I’m a teacher first,” he asserts. “No one should be failing in high school, not with all the help that is available. Kids have a lot on their plate and I’m fully aware of that,” he noted.

John Meyer embodies the best qualities of an outstanding coach, including the ability to teach what he knows in a way that kids respect and indeed revere. As demanding as he is on himself, he expects his players to be similarly motivated. When all is said and done and the years of playing are over, the Bulldogs leave with a wellspring of lessons that will serve them in any walk of life they find themselves in. Character, self-discipline, perseverance and a love and respect for people. These are the touchstones of Meyer’s legacy that he imparts to them all.