Joseph Lauterstein, MD, passed away peacefully on April 15th, 2022, at Salem Hills Rehabilitation and Healthcare Home at the age of 87. Born in 1934 to Bernard and Hajnalka Lauterstein in Vienna, … 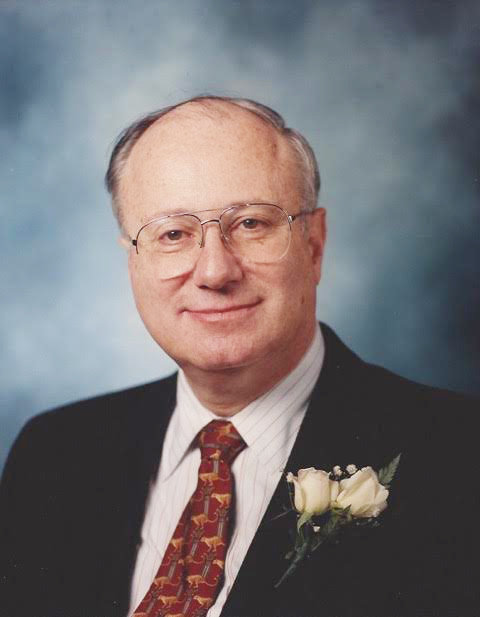 Joseph Lauterstein, MD, passed away peacefully on April 15th, 2022, at Salem Hills Rehabilitation and Healthcare Home at the age of 87. Born in 1934 to Bernard and Hajnalka Lauterstein in Vienna, Austria, and emigrating to the United States in 1940, Joseph graduated from the Bronx High School of Science in 1952, Syracuse University in 1955, and the Medical Faculty of the University of Vienna in 1964.
Joseph married the love of his life, Erika, in 1964 in Vienna, Austria. Upon graduation from medical school, they moved to Brooklyn, NY, where he did his residency in Internal Medicine and Cardiology at the Brooklyn Cumberland Hospital. His residency was interrupted with a two-year service as a Captain of the U.S. Air Force in Amarillo, Texas. They moved to Monticello, NY, in 1970, where Joseph joined the staff of Community General Hospital in 1970 and then was appointed the Chief of Cardiology in 1971. He was proud to tell everyone he put the first pacemaker into a patient in Sullivan County. He continually advocated for the hospital to invest in state-of-the-art lifesaving medical equipment throughout his career – always wanting what was best, both medically and ethically, for his patients. He served on the Medical Staff Executive Committee of the hospital as both Vice President and President during his tenure. Joseph was a founding member of the Sullivan Internal Medical Group in 1970 and practiced there until his retirement in 2005. Joseph was also an attending physician at St. Vincent’s Medical Center in New York City, where he enjoyed teaching residents. After being predeceased by his wife Erika in 1990, he found and married the second love of his life, Elisabeth, in 1994.
Joseph’s pride and joy were to help his community through his medical practice and many volunteer works. After seeing the need for education in the medical community in cardiac lifesaving techniques, he started his Cardiac Teaching Days, which he said was one of his most significant accomplishments. These courses were geared to nurses, EMTs, doctors, and general health care providers. He invited world-renowned physicians to come and teach, and they quickly turned into a sought-after annual event lasting several days. Joseph also was appointed as the Police Surgeon for the Village of Monticello and Regional Medical Director for the Ski Patrol. One of his proudest moments was when he was awarded the SYDA Foundation Citizen of the Year award in 1991, highlighting his lifework of helping others. Upon his retirement in 2005, he joined the Board of Directors of the Garnet Catskill Regional Hospital Foundation Board, serving as Vice President and also on the Board of Directors of the Orange and Sullivan Hospice, continuing his dedication to advocating for the best healthcare for his community.
Joseph was predeceased by his parents and his beloved wife, Erika. His memory will be cherished by his wife Elizabeth, his daughter Deborah and her husband Todd, his daughter Brenda, stepson Andrew and his wife Rebecca, his granddaughter Erika and grandson Bennett, and step-granddaughter Ava and step-grandson Jonah.
A funeral service will take place on Tuesday, April 19th, 2022, at 2:00 pm at the Temple Sholom Synagogue, 5 Dillon Road, Monticello, NY 12701. Interment will immediately follow at the Temple Sholom Cemetery, South Woods Road, Monticello. Proof of Covid vaccination will be required for the indoor portion of the service.
Shiva will be held at the home of Liz and Joseph Lauterstein on Tuesday immediately following the interment.
In lieu of flowers, donations may be made to the Garnet Health Foundation – Catskills, Inc., P.O. Box 800, 68 Harris-Bushville Road, Harris, NY 12742 or to Hospice of Orange and Sullivan Donations Department, 800 Stony Brook Court, Newburgh, NY 12550.
Arrangements are honorably entrusted to the Joseph N. Garlick Funeral Home - 845-794-7474 or www.josephngarlickfuneralhome.com.