LIVINGSTON MANOR – Being the only senior on a team can be a daunting task. Combining that with a new coach and coming off of two years of virtually no sports, Kristina Davis and the Lady … 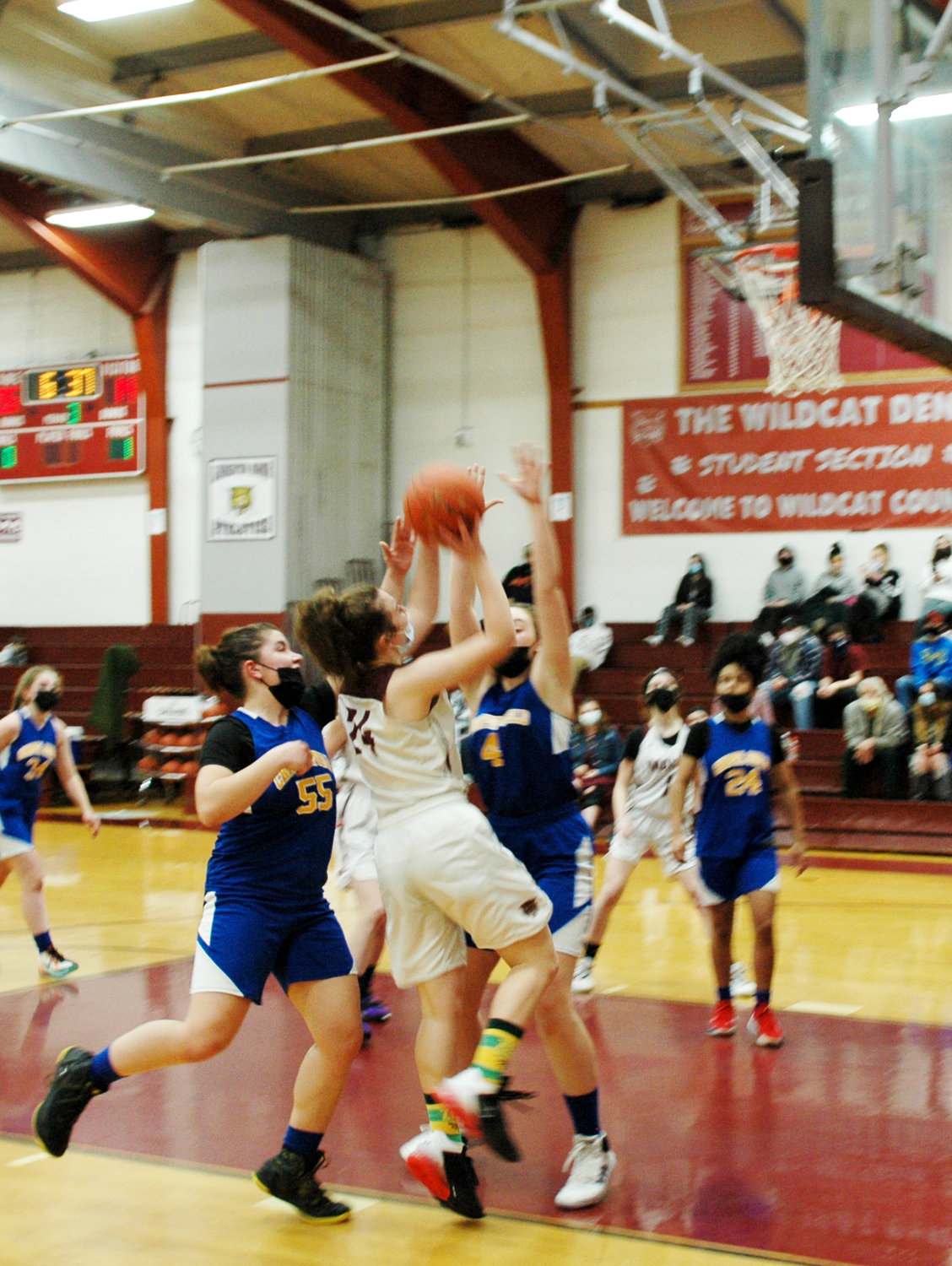 Kristina was a difference-maker in the most important games of the season. Davis dropped 20 against Chapel Field in a play-in game for Sectionals, 16 in the Section IX Class D Championship win over Eldred, and a season-high 22 in the Regional Semifinal loss against Smithtown Christian.
Anthony Morgano | Democrat 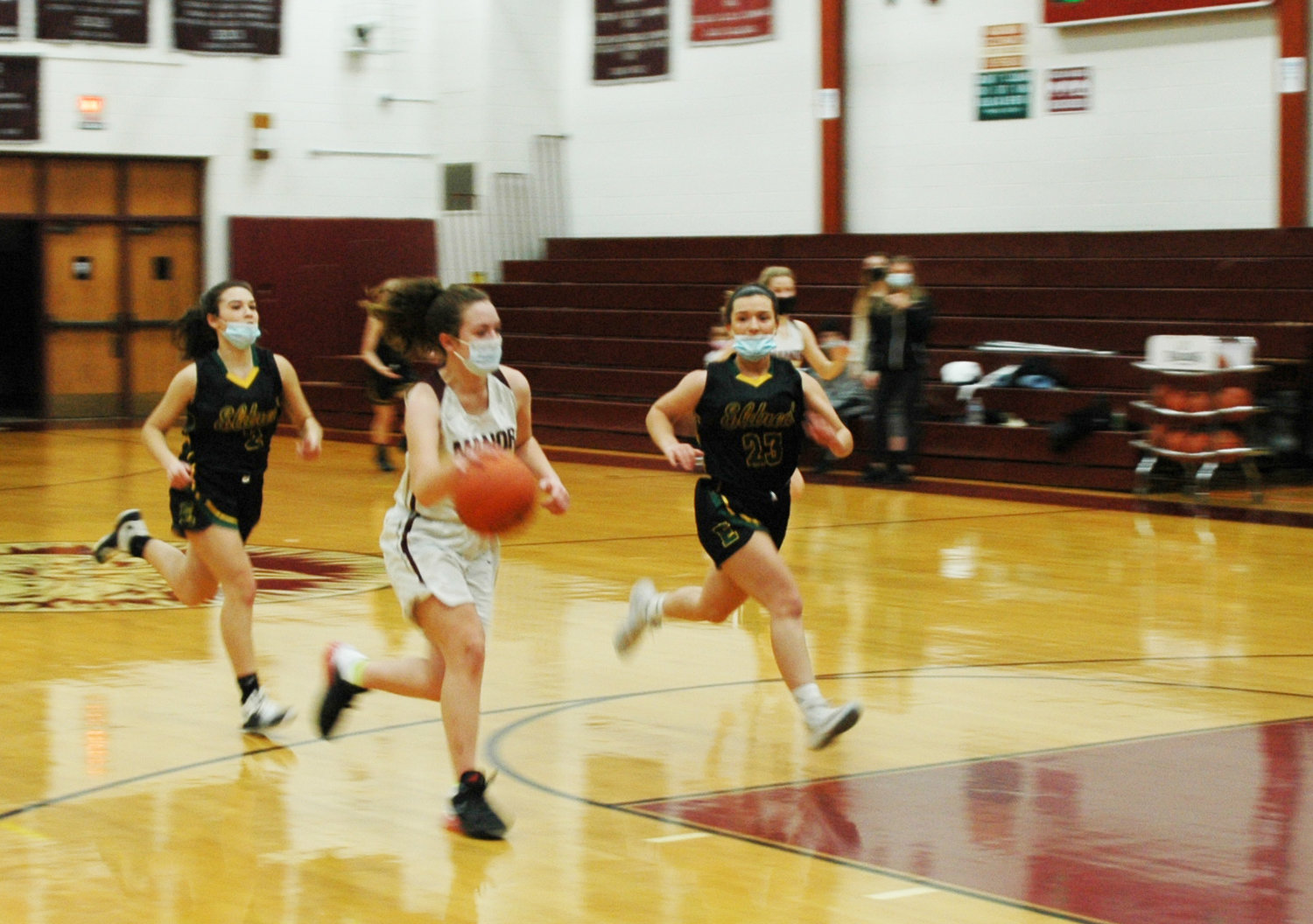 Davis runs the fast break after a steal. Turning defense into offense became routine for number 24 during the season.
Anthony Morgano | Democrat 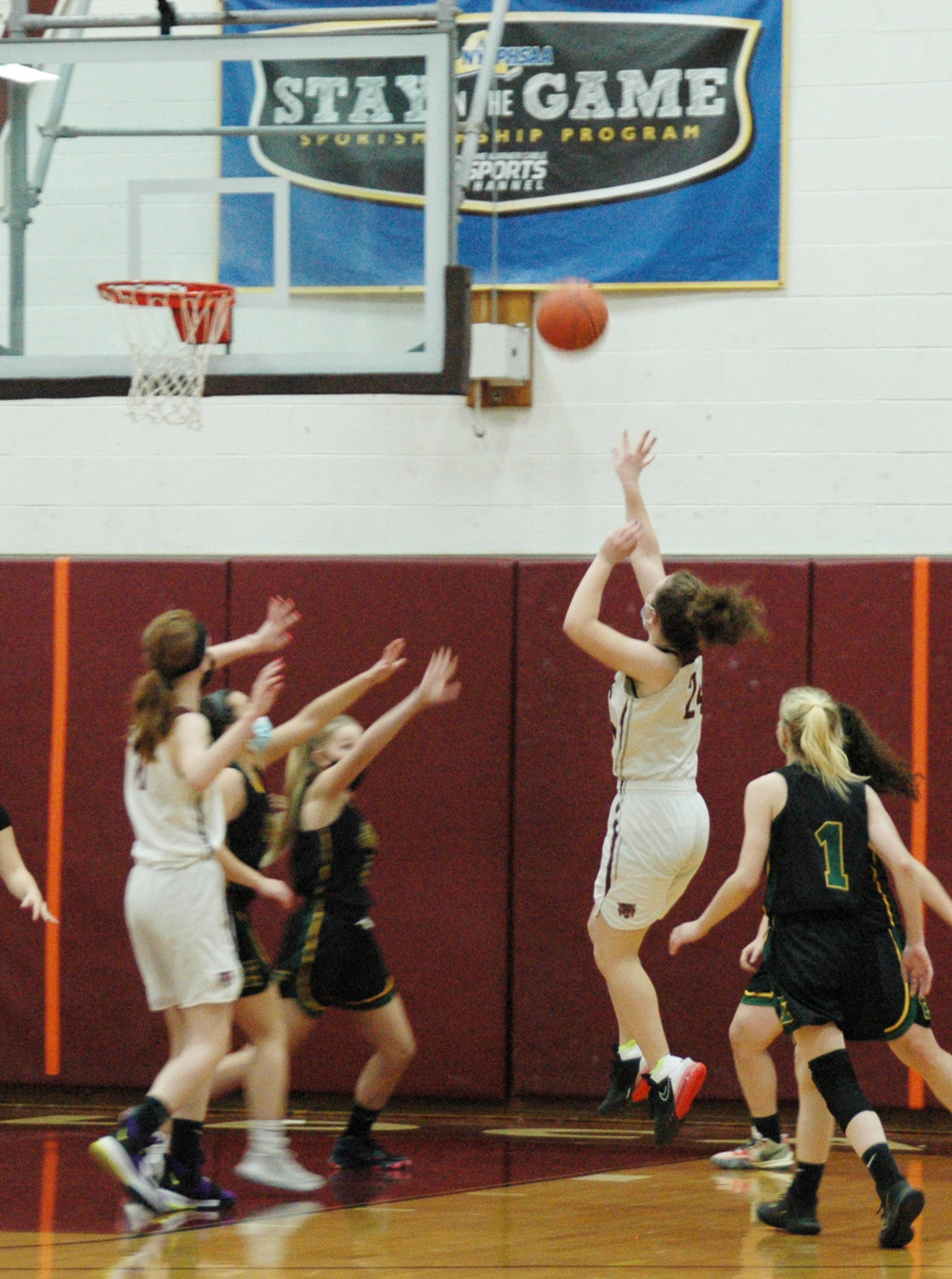 LIVINGSTON MANOR – Being the only senior on a team can be a daunting task. Combining that with a new coach and coming off of two years of virtually no sports, Kristina Davis and the Lady Wildcats winning the Section IX Class D Championship was an incredible achievement.

Kristina was the leading scorer for the team throughout the season, her offense bolstered by her teammates’ ability to draw attention away by dribbling and adept passing. “It has been a journey,” Davis explained, “without the team, coach and the fans, we wouldn’t have made it as far as we did.”

The team learning to work together and trust each other was a huge piece of the puzzle, with Davis at the center, encouraging the development of the young team around her.

“We got knocked down a few times early in the season. After our game against O’Neill, we knew we were going to get better and it worked.”

As the season progressed, Davis’s confidence on the court increased. She was able to make better decisions with the ball and keep her teammates focused.

“Once she was set on trying to play at the college level, she started actively working on decisison making and improved so much,” Coach Maggi Fitzpatrick explained.

Speaking of college, Kristina is headed to Casenovia to play basketball after she graduates, and plans on studying graphic design.

Although Davis, the only senior on the squad, will be graduating this year, she is fully confident in her team’s ability to repeat as Section IX Champs.

“I’m so proud of the team, and how hard they work. They can make it to Sectionals and win again next year with Coach Fitzpatrick.”

Going into the season, Kristina was aware that she would have to work hard, but she did not expect her efforts to lead to the Winter MVP award.

“I did not think I would be an MVP at the beginnning of the year. It is an honor and I’m thankful for my team and coach for helping me get here,” she remarked.

Kristina averaged 13.2 points per game, combined with 4 assists per game and 3 steals per game. Those numbers steadily increased as the season went on, with two of her biggest scoring games coming in the Section IX Championship and the Regional Semi-Final.

“Her teammates looked up to her as the leader and she responded. You can tell a lot about your star player by the way they respond to the various stressors that occur throughout the game and season. You’d never know by watching Kristina that anything ever affected her.”

He continued, “She was steadfast in her ability to focus and direct her team into the regional semifinals where she scored a season high of 22 points. When you look at how her teammates responded to her, you can tell she left a positive impression on them, they loved playing with her.”

To her credit, Davis was able to fill in at multiple positions depending on what the flow of the game dictated.

“She started the season as a guard,” Coach Fitzpatrick explained, “but as the season played out, Kristina started playing more and more as a forward. Flexibility is a requirement in today’s style of basketball and she did a great job of filling in the different positions.”

Kristina’s leadership on and off the court proved to be a tremendous asset to the Lady Wildcats, for both this season and the future.

Coach Fitzpatrick said of the MVP, “Watching her play and grow this season, I know she’ll make a difference at the next level.”