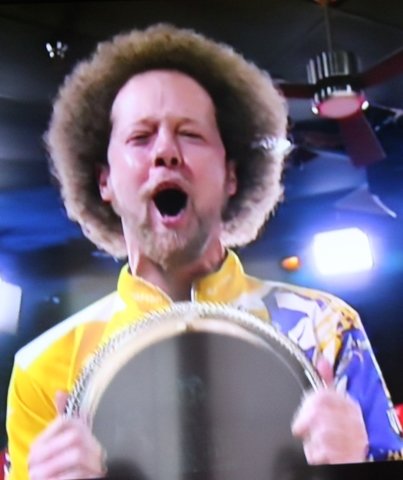 With his famed afro in view Kyle Troop holds the championship trophy at the PBA Players Championship at Bowlero Jupiter in Jupiter, Fla.
CONTRIBUTED PHOTO 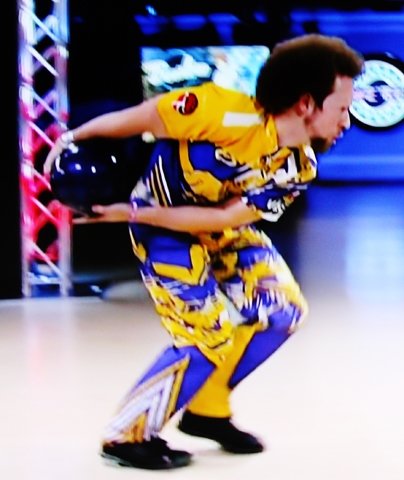 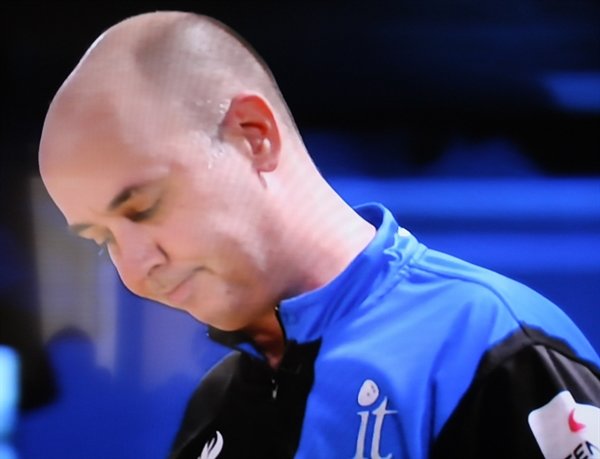 “It's an unbelievable feeling,” said Troup. “Hard work pays off. I felt very confident in my ball reaction and the angle I was playing. I didn't really feel nervous at all. I stayed focused and the pressure and the nerves kind of went away.”

Like Troup, Allen was also seeking his first career major title. Allen defeated Tom Smallwood and François Lavoie to get to the championship match, then took an early lead over Troup.

“I had two misses in the first four frames,” said Troup. “There can be some thoughts going through my head like, oh no, what's going on here? But I just told myself to keep my mind forward and my eyes forward. Keep working, keep pushing, believe in yourself.”

When Allen left a 10-pin in the seventh frame, giving Troup a one-pin advantage, Troup knew the outcome was in his hands.

“I try not to pay attention to the score and just make the best shot I can make,” said Troup. “But I knew once I had that advantage and I could strike out to win, the only thing I was thinking was you don't hope to win, you expect to win. I expected Dick Allen to strike out and force me to strike out, so I was expecting to have to throw all of them.”

In the ninth frame, Allen left a 7-10 split, easing the burden on Troup. Troup struck in his half of the ninth, then clinched the title with a strike in the 10th frame.

Troup was the top seed throughout every round of the PBA Players Championship. He led all East Region qualifiers through 28 games of qualifying to earn the top seed in the East Region Finals, in which he defeated Michael Davidson to advance to the PBA Players Championship Finals. Then, he led the three-game, total-pinfall seeding round held last night, rolling a 741 series to clinch a spot in the title match.

“After I won the region, I went home and relaxed for a couple days,” said Troup. “Then it was time to buckle down. Keep competing. Keep practicing. A lot of self-talk and self-belief. I knew I had to go to work to take this next step in my career.”

By earning his seventh career title and first major, Troup also qualifies for the first spot in the PBA Super Slam, which will feature all five 2021 major winners and airs April 18 on FOX Broadcast Channel.

The KIA PBA Tournament of Champions, the second major championship of the 2021 PBA Tour season is underway this week at Bowlero Jupiter, Jupiter, Fla. The qualifying and match play rounds were streamed live on FloBowling, and the stepladder finals willl air live Sunday, Feb. 28, at 1 p.m. ET on the Fox Broadcast channel.

Gets A Green Light

Bill Gleim up at the Hancock Fox Bowling Center is pleased to announce their annual tournament will be held this year.

Gleim said they will be modifying their format and squad schedule to allow for social distancing and to keep their facility safe and clean.

The tournament will still be doing three events: team competition, doubles and singles.

The team event this year will be four-person teams instead of five, and they will be limiting each squad to 10 teams. They will have specific squads for doubles and singles.

Gleim noted that the tournament will also be spacing out the squad times to allow for more time between, making the changeover less crowded and enabling the staff to clean and sanitize more efficiently.

The tournament will start the last weekend in March and run every weekend through April. Gleim noted no prize money guarantees are made at this time as they wait and see what the entry numbers are like.

Flyers with full tournament details will be in the mail soon.

The tip this week is for all bowlers but will be especially beneficial to youth and beginning bowlers.

Many bowlers worry too much about their steps and footwork, giving little thought to their upper body position.

In the past, most new bowlers were told that you must use a four step approach and push the ball away on the first step. This advice was generally imparted by someone with the word "coach" lettered on their shirt........unfortunately, this advice is pure rubbish.

First of all, all bowlers have different body types, different flexibility and different lengths to their arms and legs. So how is it possible that everyone can effectively use the exact same four step approach? They can't.

If you look back at the legends of the game, did any two bowlers have exactly the same style? No.

The most important thing is to get the bowler's body in the correct position.....head over the ball with the bowling shoulder tilted to the ball side. In this way, the feet will go where they must so that you do not fall down.

The bottom line is if you are someone who works with new or youth bowlers, you must understand that everyone has different physiology so you need to help them get their body into the correct position and not focus on how many steps they take (or how these steps are taken) to get to the foul line.