TRI-VALLEY – Entering the game a combined 0-4, Liberty and Tri-Valley were both searching for their first win of the young season. After trailing early, Liberty had a strong second and third … 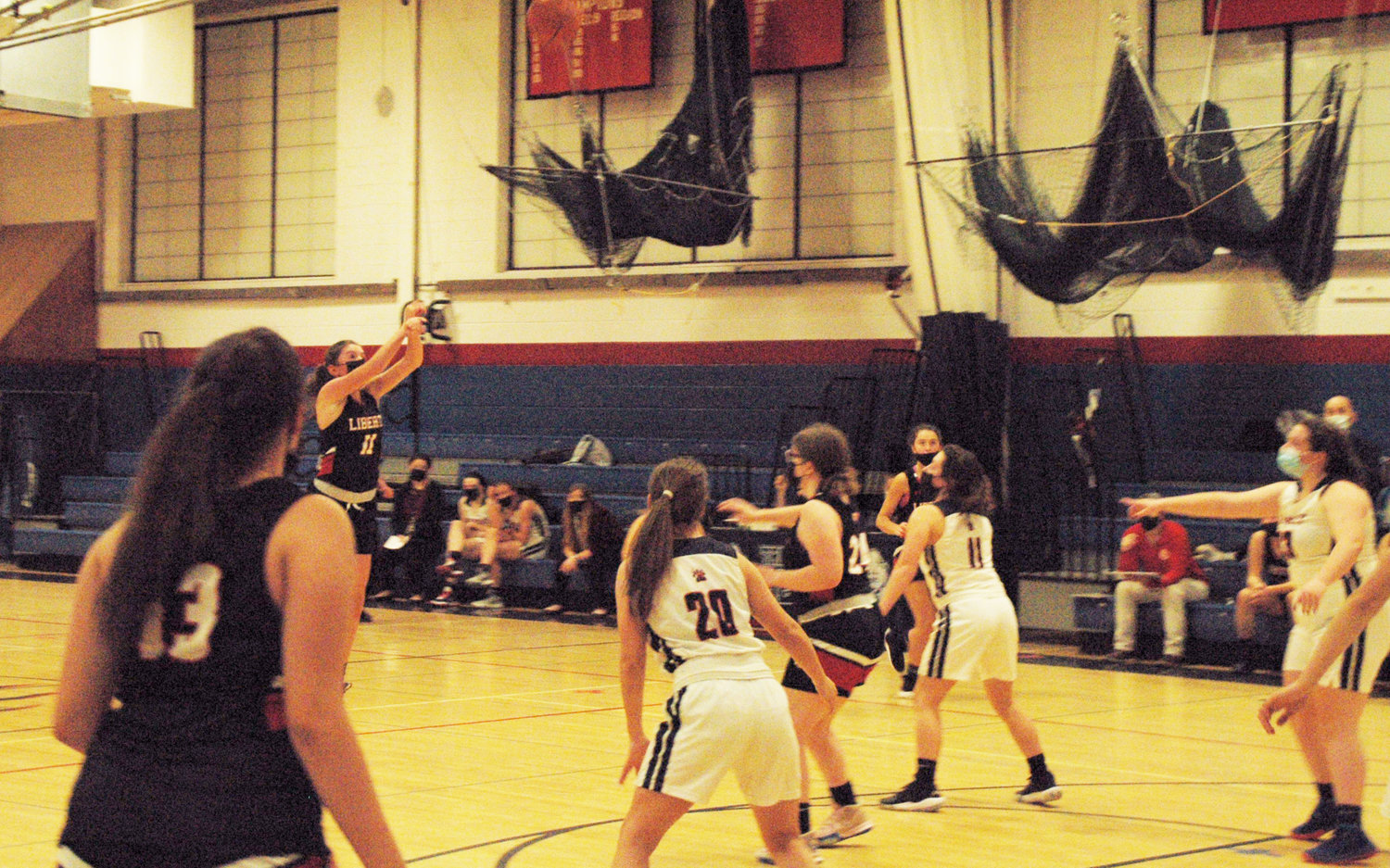 TRI-VALLEY – Entering the game a combined 0-4, Liberty and Tri-Valley were both searching for their first win of the young season. After trailing early, Liberty had a strong second and third quarter to set them up for their 32-25 victory.

The game started as a defensive stalemate, with stifling zone defenses keeping both offenses from scoring. Liberty struck first and took a 2-0 lead after four minutes ticked away in the opening frame. After that, the Lady Bears settled in and scored seven unanswered points, ending the first quarter with a 7-2 lead.

In the second quarter, Liberty found their offensive stride, outscoring Tri-Valley 11-2 in the frame, and taking a 13-9 lead into the break.

Liberty’s leading scorer, Grace Wormoth, took over in the third quarter, scoring 11 of her game-leading 19 points in the frame. The 14-4 run gave Liberty some cushion in their lead, 27-13 entering the fourth.

Tri-Valley did their best to claw their way back into the game, outscoring Liberty 12-5. However, Liberty was able to hold onto the lead and go home with their first win of the season.

Jason Closs, Tri-Valley’s basketball coach said, “I’m pleased with our growth from our first game to now. We have good energy and we’re starting to put it together, but Liberty hit some good shots and they were a very scrappy team tonight.”

With the win, Liberty moves to 1-3, while Tri-Valley falls to 0-2 in the early season.

Liberty’s coach, Pete Dworetsky said, “It was a tough start to the season, but the girls have been working hard one day at a time. Playing together tonight was huge for us, and you have to give kudos to Tri-Valley for making it close at the end.”