LIVINGSTON MANOR – With the holiday break looming in the near future, teams across the county are preparing for the upcoming division matchups that the new year will bring. The Lady Indians of … 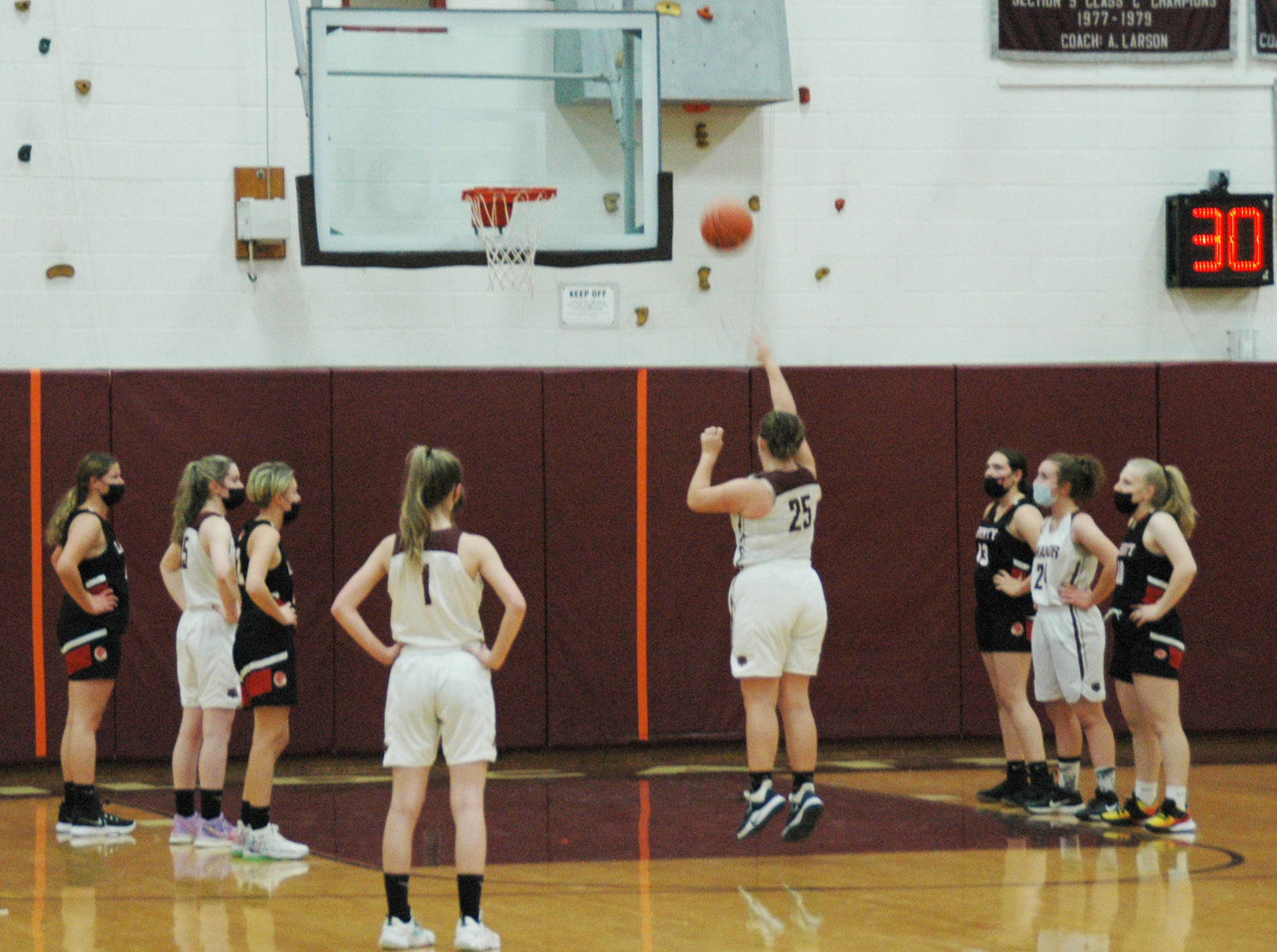 LIVINGSTON MANOR – With the holiday break looming in the near future, teams across the county are preparing for the upcoming division matchups that the new year will bring. The Lady Indians of Liberty visited the Livingston Manor Lady Wildcats on Thursday afternoon for a non-league clash between two young teams. The Lady Wildcats deployed great defensive pressure and halftime adjustments to secure a 31-22 win in front of the home crowd.

The Lady Indians kept the game close throughout the afternoon, and gave themselves multiple chances to win. At the end of a back and forth first quarter, Livingston Manor had amassed a 3-point lead over Liberty, 10-7. After a 6-0 run by the Wildcats to start the second quarter, Liberty called a timeout and made some quick adjustments to slow Livingston Manor down and end the quarter on a 6-0 run of their own, keeping the differential at three points entering the halftime break.

Defensive adjustments discussed over the break slowed both offenses down, with Livingston Manor only scoring five points in the third. Unfortunately for Liberty, they were unable to take advantage offensively, adding just one point in the frame. Livingston Manor’s lead had extended to 7 by the end of the third quarter.

The two teams spent the fourth quarter battling. Livingston Manor added insurance to their lead early, starting the 4th with a 8-1 run, but Liberty answered with a 6-2 run of their own before they ran out of time.

“It was a nice game,” Liberty’s coach Dworestsky said. “We struggled in the third quarter, but we didn’t quit and we did a lot of good things overall.”

Maggi Fitzpatrick, Manor’s coach said, “It was a big win for us, the girls fought hard from the beginning until the end and I’m happy we came out on top. We made a few adjustments at halftime and they worked out well for us in the second half.”