MIDDLETOWN – Eldred and Mount Academy met at Faller Field for a shot at the Section IX Class D Championship crown on Thursday. The game had originally been slated for Tuesday, October 26, but … 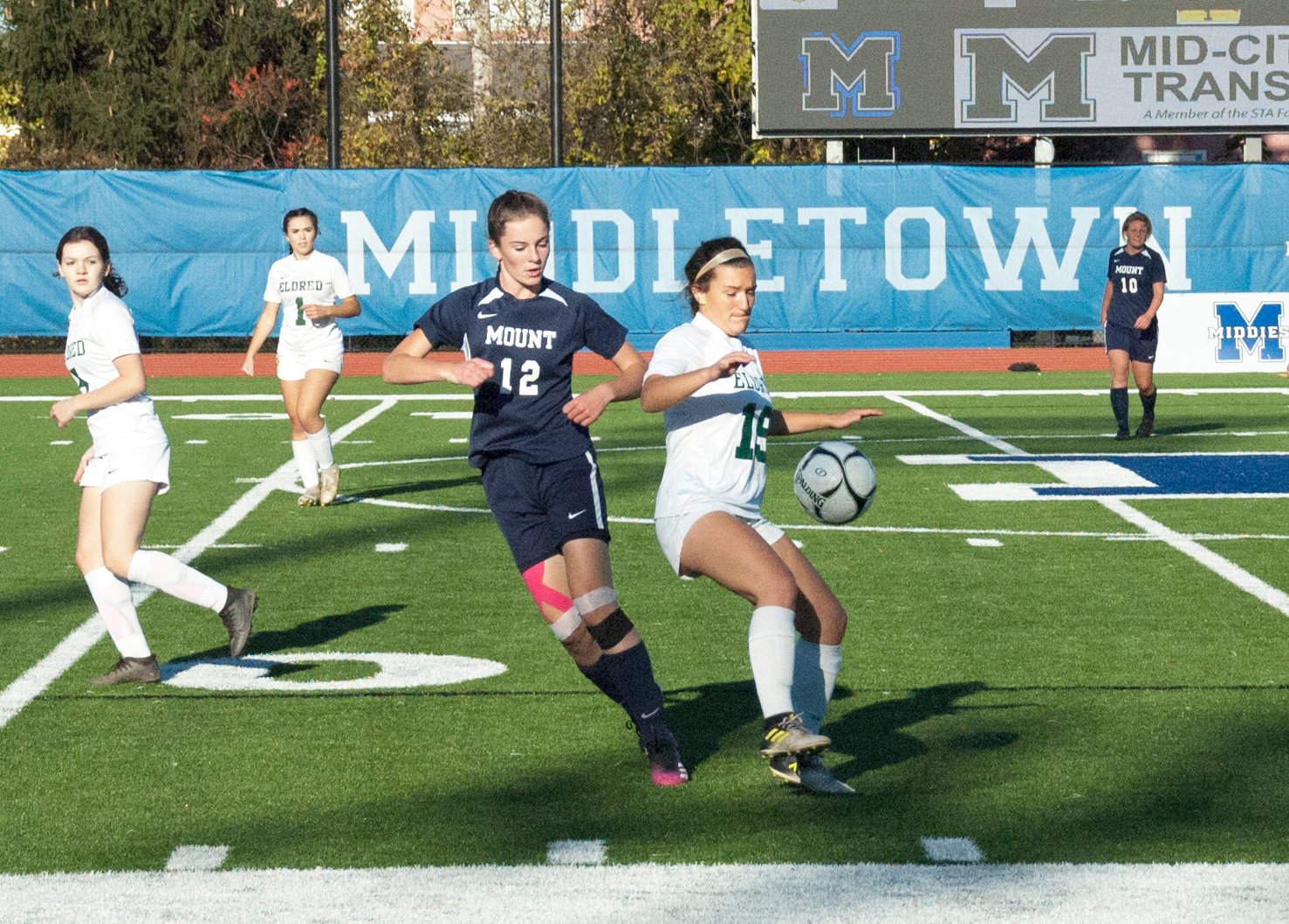 Eldred’s offense had a hard time moving the ball near Mount Academy’s goal, but Dana Donnelly and the other Eldred strikers tried their best to pressure the Eagles’ defense when they could.
Anthony Morgano | Democrat 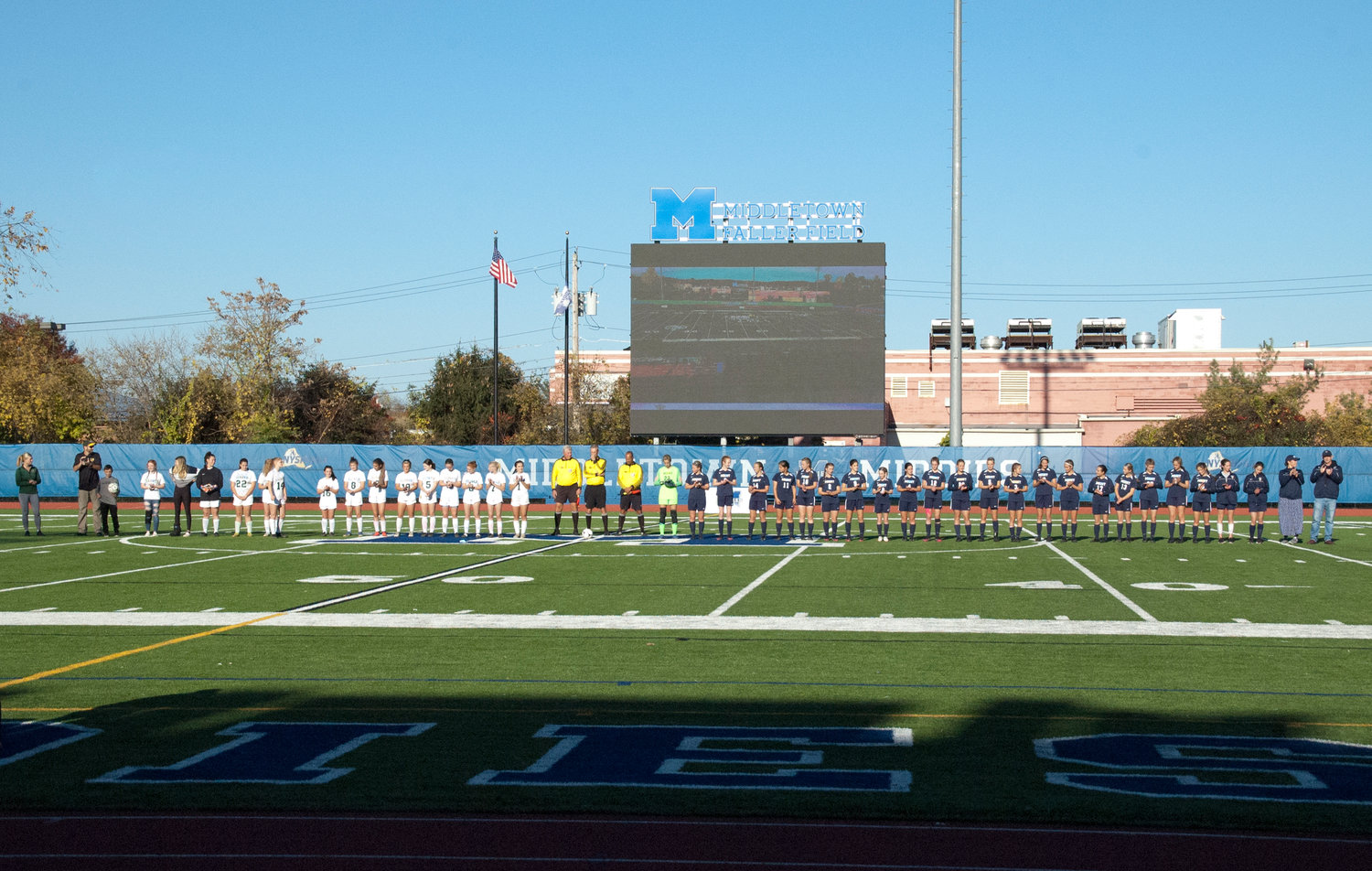 The Lady Yellowjackets and the Eagles line up before the Section IX Class D Championship game. Eldred did what they could, but eventually lost 4-0 to the top-seeded Eagles.
Anthony Morgano | Democrat
Previous Next
Posted Tuesday, November 2, 2021 6:20 am
Anthony Morgano

MIDDLETOWN – Eldred and Mount Academy met at Faller Field for a shot at the Section IX Class D Championship crown on Thursday. The game had originally been slated for Tuesday, October 26, but the rain forced the game to be rescheduled. The two teams battled on the turf, but Mount Academy’s offense was too much for the Yellowjackets, who won 4-0.

The Lady Yellowjackets earned their trip to the Section Championship game after finishing with a 7-4-2 (2-0) record, while Mount Academy’s regular season record entering the game was 15-1-1.

Eldred had their hands full all afternoon, trying to slow down the speedy Eagles offense and conserve their energy kept Eldred on the defensive side for most of the game. Lily Gonzalez was working hard all afternoon as well, notching 16 saves in the game.

At halftime, Mount Academy only had a 1-0 lead, after having an early shot bounce off the crossbar and a goal get waved off by an offsides call. Eldred had done a great job of slowing down their offense in the first half, but fatigue had started to set in, and Mount Academy struck twice in the first five minutes of the second half to increase the score to 3-0. The final goal for Mount Academy came with just under 25 minutes left in the game.

Coach Lepes reflected on her first season as a head coach, and the Lady Yellowjacket’s trip to the Section IX Championship game.

She said, “I loved every bit of coaching and it’s relieving to know that I found my true purpose in life.”

Lepes was proud of her team for their effort all season. “The girls pushed through setbacks and adversity, and handled it very well between position changes and team chemistry, and I’m very proud of the girls for pushing through 80 minutes of play with little to no subs.”