Once again my heart is broken with the passing of one of Cochecton's best Jerry Yavarkovsky passed away on Thursday, October 29, 2020 in Orange Regional Medical Center. I was talking to Jerry's … 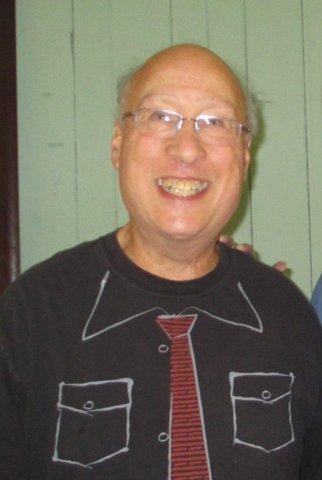 In the famous words of Jerry Yavarkovsky “SHALOM YA ALL” Jerry will truly be missed.
CONTRIBUTED PHOTO
Posted Monday, November 2, 2020 12:00 am
Eileen Hennessy - Community Correspondent

Once again my heart is broken with the passing of one of Cochecton's best Jerry Yavarkovsky passed away on Thursday, October 29, 2020 in Orange Regional Medical Center. I was talking to Jerry's beautiful wife Judy, who were married 48 years and she was telling me a little bit about him.

Gerald Harvey was his name, his family members called him Harvey. It was easier for his youngest brother to say. Jerry was born in Manhattan and was a teacher at William Cullen Bryant High School for over 35 years.

Jerry taught every level of mathematics, Jerry loved to teach. He bought his small house in Lake Huntington in 1969, many years later he built his big white house. If you knew Jerry, you knew he loved kids, besides his son Evan who lives in San Francisco and all his friends.

When Jerry and Judy moved up full time, they used their little house as a school to tutor the local children in math. Jerry would say I cannot take on anything extra, it's regency time, I have to help the kids pass their test.

Jerry was a part of the Town of Cochecton in many ways. He was a part of the Youth Group, Democratic Club, The Cochection Preservation Society, chairman of the Zoning board of Appeals and litter pluck along with being a member of Grover Hermann Aux.

Jerry had such a great sense of humor. One of the many jokes he would tell was a math joke. “Why was 5 afraid of 6 because 7 eight 9,” he would giggle at the joke all the time.

In memory of Jerry, donations can be made to St. Francis Out Reach, PO Box 9, or The Narrowsburg Ecumenical Food Pantry, PO Box 54, both Narrowsburg, NY 12764. Supervisor Gary Maas said it in a nutshell “he was a really good guy.” In the famous words of Jerry Yavarkovsky “SHALOM YA ALL”, Jerry will truly be missed.

Keep smiling and wash your hands. Have a great week, you can e-mail me at leeniebeans@citlink.net or call (845) 252-3568 if you have any news. My new deadline is Friday before noon.