Dam ‘no longer in compliance’ with federal and state regulations

JEFFERSONVILLE –  What started as an effort by the Lake Jeff Conservation Association to save the lake has, according to them, turned into an effort to save the village from threats of …

Dam ‘no longer in compliance’ with federal and state regulations 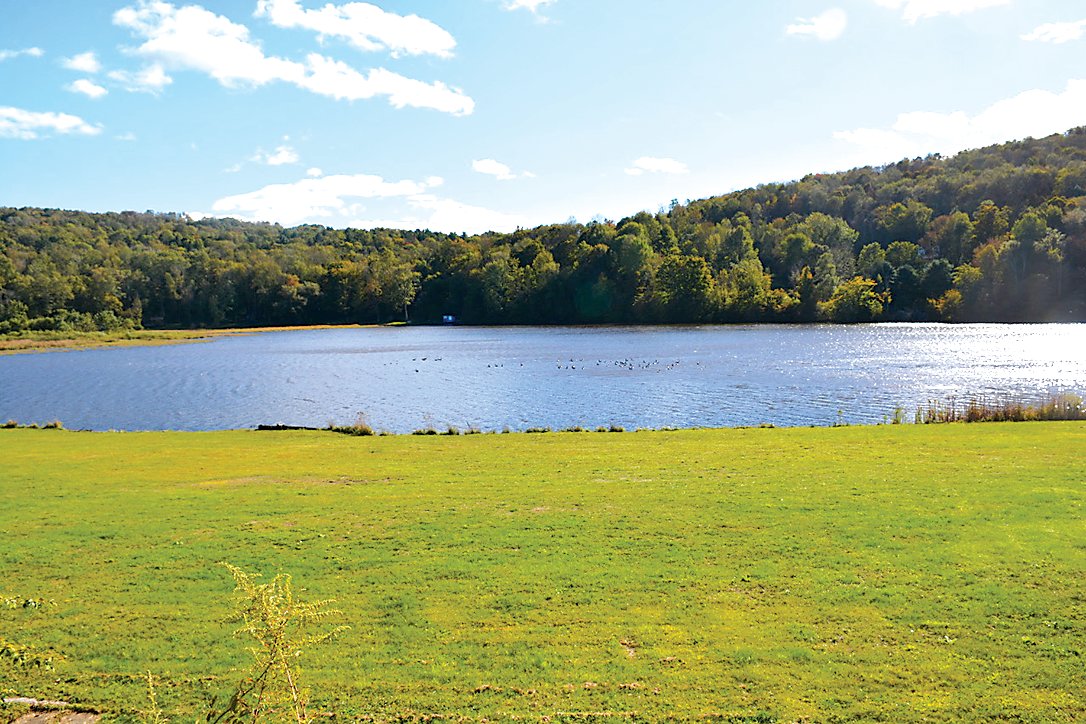 Lake Jefferson, which has existed for almost a century, may revert back to a stream in the not-so-distant future, once the Lake Jefferson Dam spillway, which sustained damage during a 2006 storm, is removed.
Joseph Abraham | Democrat 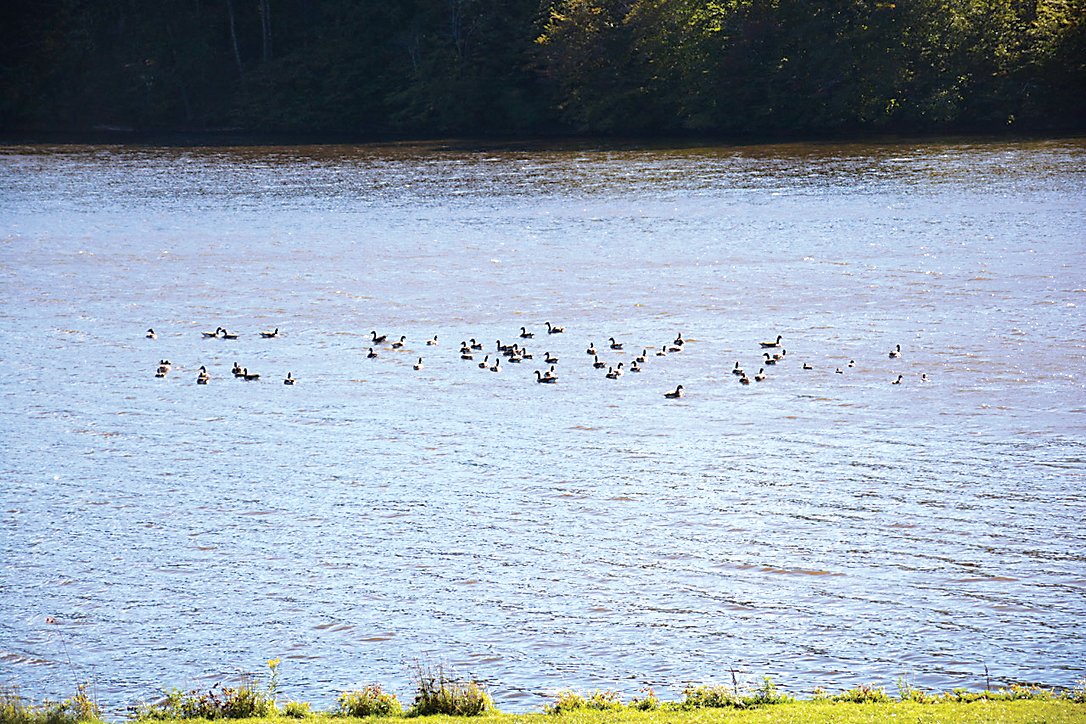 Members of the Lake Jeff Conservation Association believe the dam that created Lake Jefferson nearly a century ago has helped with flood control, especially in nearby Jeffersonville.
Joseph Abraham | Democrat
Previous Next
Posted Tuesday, September 27, 2022 6:10 am
By Joseph Abraham

JEFFERSONVILLE –  What started as an effort by the Lake Jeff Conservation Association to save the lake has, according to them, turned into an effort to save the village from threats of flooding.

Since Lake Jefferson was created in 1927 as property of the former Lake Jefferson Hotel, it has been enjoyed by visitors and local residents alike. However, its existence has been threatened because of damage sustained by the Lake Jefferson Dam spillway from a historic flood in the summer of 2006.

In 2020 the Lake Jeff Conservation Association began their “Save Lake Jeff” initiative, with the long-term goal of renovating the dam and turning the private property where the hotel once stood into a public park by transferring ownership to the Village of Jeffersonville, Town of Callicoon, or Sullivan County. The lake is currently privately owned.

However, engineers hired by the Association have concluded that the dam is no longer in compliance with federal and state regulations, which have changed since it was built 95 years ago; therefore, renovation is not a possibility.

Lake Jefferson Dam is regulated by the New York State Department of Environmental Conservation and has been part of a small hydro-power operation since 1985. As a result, the dam must also adhere to the safety regulations and requirements of the Federal Energy Regulatory Commission (FERC).

The owners of the dam, Kevin and Barbara Gref, were recently informed by FERC that the concrete structure, which for years had been deemed “low hazard,” was actually a “high hazard” dam. By definition, a “high-hazard” dam is one in which failure or mis-operation is expected to result in loss of life and may also cause significant economic losses, including damages to downstream property or critical infrastructure, environmental damage, or disruption of lifeline facilities.

With these factors in mind, the Grefs have been in contact with the United States Fish and Wildlife Service and the nonprofit American Rivers, who are working to secure funding to have the spillway removed as a public safety measure. The end result will be that Lake Jeff will revert back into a stream. And once a dam is removed with federal involvement, a new one cannot be put up in its place.

During this process, the Grefs are under a federal directive to keep the water level low. Coupled with drought conditions earlier this summer, the lake looked almost barren at times, causing many to question what was happening to it. Rainwater, however, has helped fill it back up recently.

Lake Association President Andrew Weinstein and Vice President Lauren Seikaly have concerns about the removal of the dam and what that means for water control in a village that has faced several floods in its history. In discussions with the Democrat, they referenced two studies.

They say the first, conducted by the U.S. Army Corps of Engineers in 2010, describes how dams in the larger East Branch of the Callicoon Creek watershed have worked together to control flooding in the past, as well as how the breach of those dams on the East Branch and its tributaries have upset the larger system of control.

Weinstein said that the breach of the Briscoe Dam in 2005 caused excess flow during a storm in 2006 that damaged the Lake Jefferson Dam spillway. The dam on Briscoe Lake has been rebuilt since the 2010 study was conducted.

They also referenced a study conducted by Wes Illing, a Parksville engineer, which demonstrated that in heavy precipitation, the local topography shunts a large amount of water towards Jeffersonville in a short amount of time.

In addition to the studies, Weinstein referenced several flooding events that occurred in the late 1800s and early 1900s, and how it seemed that - after the dam was built - such events happened only rarely.

These factors, on top of concerns over changes in climate and an increase in storm intensity in recent decades, have led the Lake Association to believe that the solution to flood control is a new dam that can regulate massive flows without overtopping.

But that doesn’t come without a hefty price tag. Estimates given to the Lake Association by an engineer two years ago were between one  and two million dollars for a new dam, before recent inflation.

There is funding available through the U.S. Army Corps of Engineers’ Continuing Authorities Program. Under the Flood Damage Reduction Projects section of the program, the maximum Federal cost for planning, design and construction of any one project is $10 million.

Costs for preparation of plans and specifications and construction are shared at 65 percent federal and 35 percent non-federal. However, Weinstein explained that as long as the dam is privately-owned, grant monies are limited.

In the meantime, the Lake Association plans to engage their new congressional representative following November’s election, about the possibility of Infrastructure Act funds.

“If a new dam is $2 million, we think the government [spending] $2 million on a preventative measure makes sense,” said Seikaly, who owns several businesses in the village, “because they would be making $2 million in repairs down the road, or more … There’s a lot of government money [and] $2 million is not a lot to ask for.”

Seikaly added that local businesses and homes have suffered in recent years because of the flooding.

“I want to do everything I can to keep another setback from happening,” she said.

Lisa Hollingsworth-Segedy, the director of river restoration at American Rivers, was brought into the project by the U.S. Fish and Wildlife Service. Removing dams that have “aged out of their useful life” or of a “hazard classification that is beyond what the owners are able to make the investment in and bring up to speed,” is one of the areas in which American Rivers specializes. It’s done in recognition that returning the river, which has been blocked, comes with certain ecological, recreational and community advantages.

Therefore, American Rivers helps the dam owners find the resources to get the design and permitting in place, as well as raise the construction funds to remove the dam. They can serve as the project manager, working in partnership with other groups.

“We’re really flexible and creative when it comes to just solving the problem of eliminating obsolete infrastructure and restoring our streams to free-flowing conditions,” said Segedy.

Segedy mentioned that they have studies that show that land on a free-flowing river can be as much as 30 percent more valuable than property on an impoundment (in this case the lake).

Also, if the area where the lake currently sits were to be purchased by a local authority or made into a park that the public could utilize, Segedy said it could be a world-class trout fishing location due to the East Branch of the Callicoon Creek’s wild trout stream, which could add to the local economy with fishing guides, kayak/canoe liveries, etc.

“But the number one thing is the elimination of liability,” she said.

So will a new dam or restoration of the stream/natural floodplain provide better protection against flooding?

She added that it depends on the context of the river, the available floodplain that could be kept in open space and used to store floodwaters, the development patterns in the community (whether people built homes right up into the floodplain to be close to the water), etc.

“We have looked at some preliminary data and determined that the Lake Jefferson Dam does not really provide flood storage or protection,” said Segedy. “Whatever it does is minimal. So keeping that as a flood storage, flood protection dam really doesn’t make sense. It would take a fairly detailed, expensive study - we’re talking hundreds of thousands of dollars - to determine what the flood risk is in the community, and how a potential flood storage dam could abate that risk.”

Segedy added that engineering would be needed - and then it’d have to be approved by the Federal Emergency Management Agency (FEMA).

“There’s a very detailed and precise process that has to happen,” she said, “and with state and federal oversight and acceptance of that information and public hearings. So that’s a whole piece that the community would have to embark on, if they were to decide that they wanted to move forward with a flood control dam.”

Segedy also said the project is complex since the dam and the lake are privately-owned by different parties, likely with different interests, as well as a community that relies on a privately-owned dam to provide a public amenity.

“But the bottom line is that there’s an unsafe dam in the community,” said Segedy, “and the best thing that we can do is to alleviate the potential of the dam failing and harming somebody downstream.”