Letter from Across the Pond

I cannot claim to be an expert on English politics, but I happen to be here during a time of mass change. What I can share is only what I have experienced as a visitor to the country following …

Letter from Across the Pond 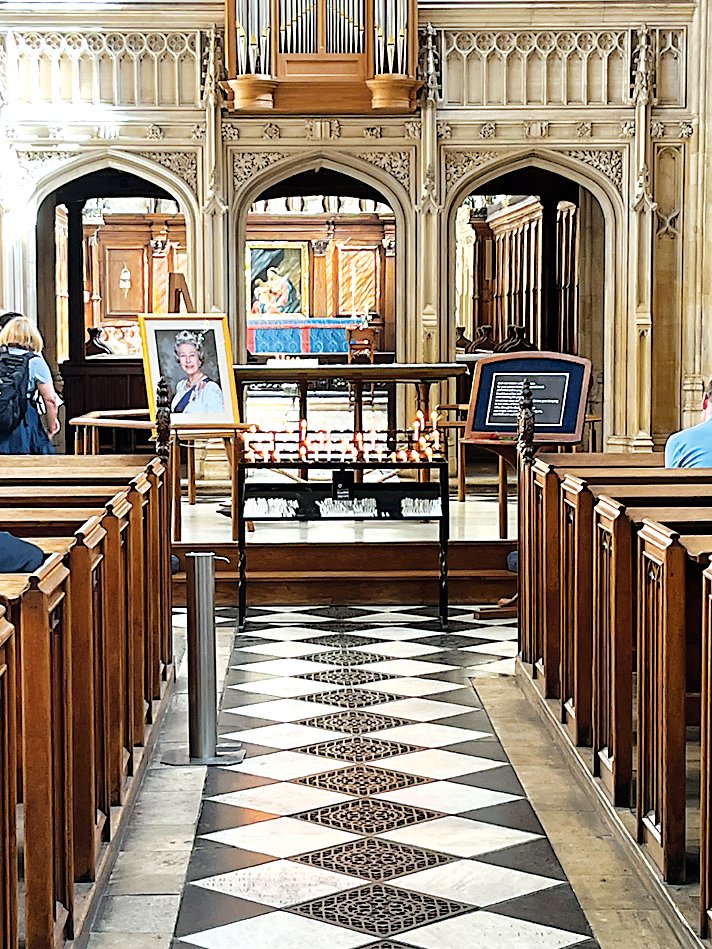 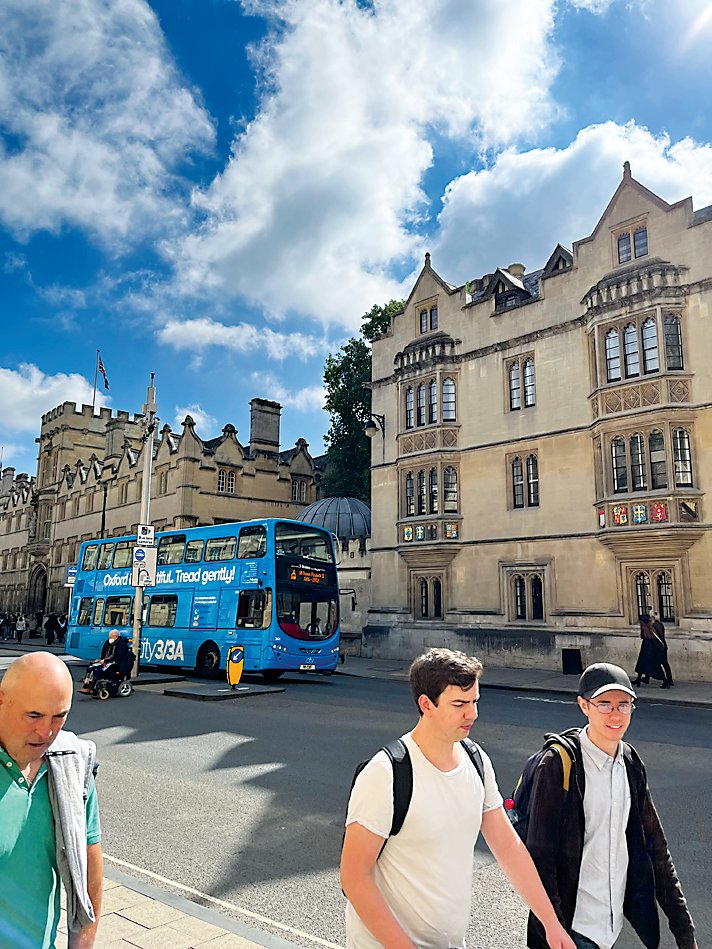 The sound of chapel bells are heard on the streets of Oxford as they are across the United Kingdom.
Margaret Bruetsch | Democrat 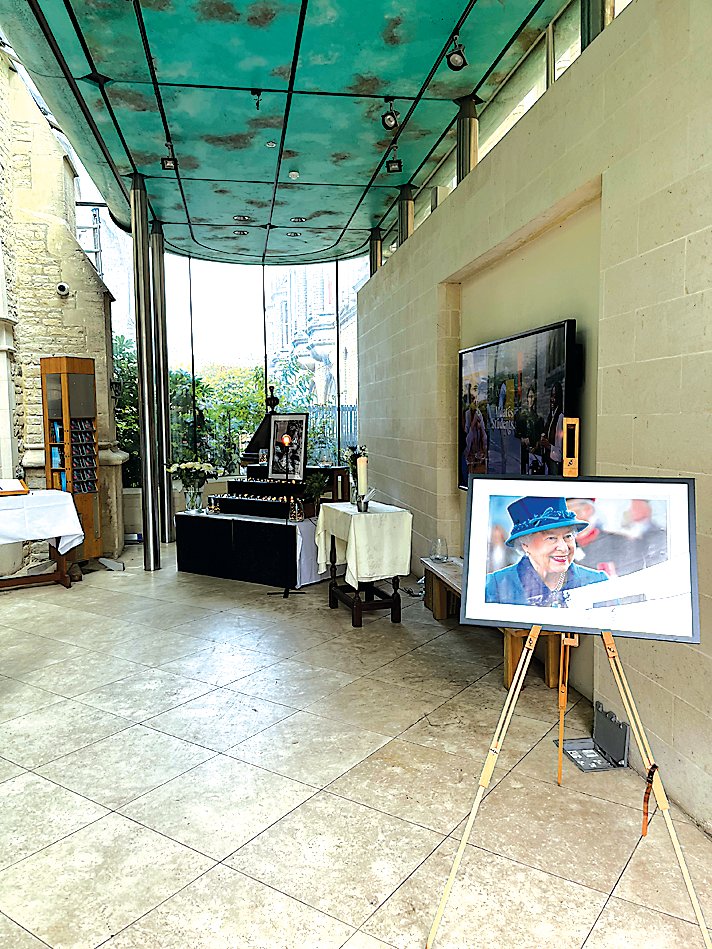 I cannot claim to be an expert on English politics, but I happen to be here during a time of mass change. What I can share is only what I have experienced as a visitor to the country following the death of Queen Elizabeth II and the crowning of her son, the new King Charles III.

The news broke over dinner as we were gathered in our dining hall, and it didn’t feel real at first. I had read the news that morning that doctors had been called to Balmoral and the Queen was under medical supervision, but I thought nothing of it.

Queen Elizabeth II had, in my opinion, been frail since the death of her husband Prince Philip, Duke of Edinburgh. But as the news sunk in some of my classmates and I decided it would be best to just get away from campus. We were walking to Christ Church Meadow when the bells of Oxford’s cathedrals and chapels began to ring – a symphony of them to mark the passing of a great woman.

I watched people on the bus hunched over their phones as they read the news. I heard a girl in the park get choked up saying, “This has to be a conspiracy. She can’t be dead.”

I went to the pub and watched the coverage with all the BBC reporters and anchors in their black suits. I raised a glass to Her Majesty because we will never see the likes of her again.

I said before I am not an expert on English politics. I quite like the English. I enjoy Downton Abbey. I have watched the royal weddings and the Queen’s Platinum Jubilee. I look at the Royal Family with a small smile because they are regular people with regular issues in a very public spotlight.

I know there are criticisms of Queen Elizabeth II – and I am no scholar who can line up those reasons to dislike the woman. There are things she, like any leader, did wrong. But there are always things she did right: one of those things was guide a country through a new age with ever changing technology. Can you imagine? She took the throne in 1953 when television was new! She has died when we carry little supercomputers in our pockets. She met 13 of the last 14 US Presidents; she ruled England for about a third of America’s existence.

While her great-great grandmother, Queen Victoria, built England into a modern Empire, Queen Elizabeth II watched it slowly form into the Commonwealth of Nations and adjust for a modern day. There are very few female leaders in the world, and we can disagree with some policies, but still mourn the death of a giant. We will very likely never see another Queen of England again within our lifetimes.

Oxford is filled with churches and chapels. I found out today that the city was the center of royalist control back in the time of Oliver Cromwell and the English Civil War. So it doesn’t surprise me that every church and chapel has a shrine set up for the Queen. The buses are flashing a crown with her year of birth and death. People are flocking to sign a condolence page in Christ Church Cathedral. I did one myself.

And yes, her subjects have lost their Queen. And from my viewpoint, they still seem a little in shock. It’s only just starting to hit everyone. And the world has lost a tremendous force for change, but Queen Elizabeth II’s memory lives on in those same people mourning her. In her many charitable interests working to protect the world for the future. In her family who continue to miss her. In her subjects who are navigating this new reality.

We were truly lucky to be alive at a time when England had a great Queen. She will go down as one of the three greatest women to have ever ruled the United Kingdom (in my humble, non-scholarly opinion).

And a consolation is that she is back with her beloved husband, Prince Philip. The only man she could ever love. Leaving behind a legacy with their family and the work they did. I think the best thing to do is leave a quote from the late Queen – something she said when she was only 21 years old:

“I declare before you all that my whole life whether it be long or short shall be devoted to your service and the service of our great imperial family to which we all belong.”

Can you imagine a 21-year-old making that promise? And the fact that we can look back over 70 years later and say that she kept it. Not just for her subjects at home, but also for her country on a global stage?

My deepest sympathies to the Royal Family, and the people of England. And my most fervent wishes that Her Royal Highness Queen Elizabeth II has found peace. I hope my fellow Americans can join me in sending their goodwill to those who are mourning at this very difficult, and momentous, time.

Margaret Bruetsch, a Cochecton native, is currently enrolled in the Columbia Publishing Course in Oxford, England. Bruetsch has worked full-time for the  Democrat for nearly five and a half years, writing many articles and theatre reviews as well as working as Monticello office manager and Editor of Catskills Confidential.