It’s been years since the century-old Austin pipe organ has been heard inside the Liberty United Methodist Church. With a little help from the community, the music could once again reverberate … 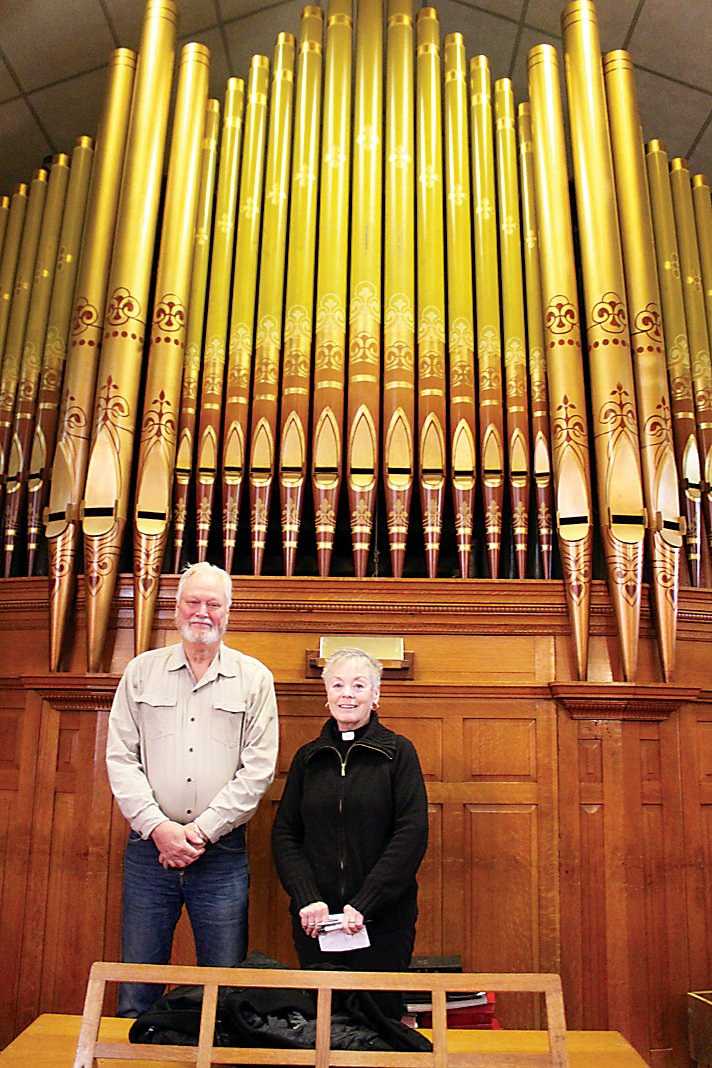 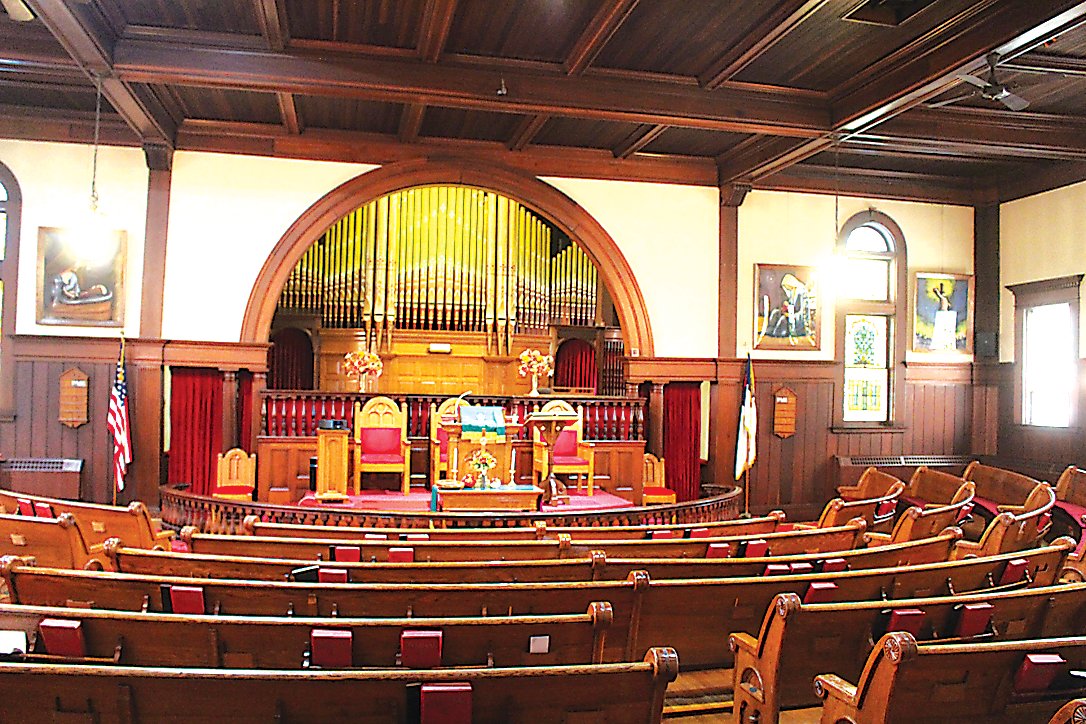 The Liberty United Methodist Church is planning a series of fundraising concerts to help raise money for the restoriation of its historic pipe organ.
Matt Shortall | Democrat
Previous Next
Posted Tuesday, November 29, 2022 6:10 am
By Matt Shortall

It’s been years since the century-old Austin pipe organ has been heard inside the Liberty United Methodist Church. With a little help from the community, the music could once again reverberate amongst the historic congregation.

Congregation member Brent Farrand is spearheading a fund campaign to help Liberty United Methodist Church restore the organ to its original glory.  They recently received a contract proposal from the Austin Company to restore the organ and their fundraising goal of $20,000 looks to make that happen.

“I think the congregation would feel very blessed. The notoriety of the organ goes back a long time,” said Pastor Bridgette LeConey. “I think it will bring hope. This church has been here through a lot of changes and yet here we still are.”

The organ was dedicated to the church in 1921. Regular maintenance work was done up until around 1986. That year, after the last restoration work was done on the organ, a public event drew some 200 people from every congregation in Liberty.

“That’s a measure of the importance of the organ to the community as a whole,” Farrand said. “From a solely cultural and musical viewpoint, the organ is one of only a handful of pipe organs remaining in Sullivan County and, perhaps, the oldest.”

Pastor LeConey says people often come in, especially during the Christmas season, asking if the organ works. Pastor LeConey says the congregation has taken a broader community focus and she hopes a restored pipe organ will help the space become more of a musical venue.

The organ holds a special significance for Farrand, who was once a member of the choir.

A musical family, Farrand’s mother, Janet,  was a trained opera singer. His maternal grandfather, Joel Anderson, was a choir director and professor at Eastern University in Philadelphia. A skilled organist, he would play at the United Methodist Church in Liberty on occasional weekend visits after Sunday service.

“That was a treat for everyone because he was very accomplished at it,” Farrand said.

The organ has gradually fallen into disrepair over the past 35 years. Farrand said the church is pursuing grant opportunities in addition to their fundraising efforts. The church has launched a GoFundMe page at https://gofund.me/581b5cb6 and three public events are planned to help raise funds for the restoration.

A series of public concerts and performances kick off with a dramatic reading of Charles Dickens’ “A Christmas Carol” on December 17 at 4 p.m.

An organ recital by a Massachusetts based classical organist in February. Farrand says they’re planning an April concert by a highly acclaimed local musician who will reinterpret music by The Doors for the organ.