LIBERTY – Students, coaches, faculty, staff and families all gathered in the auditorium at Liberty High School for their 2021-22 Block ‘L’ Awards night, a night in which athletes … 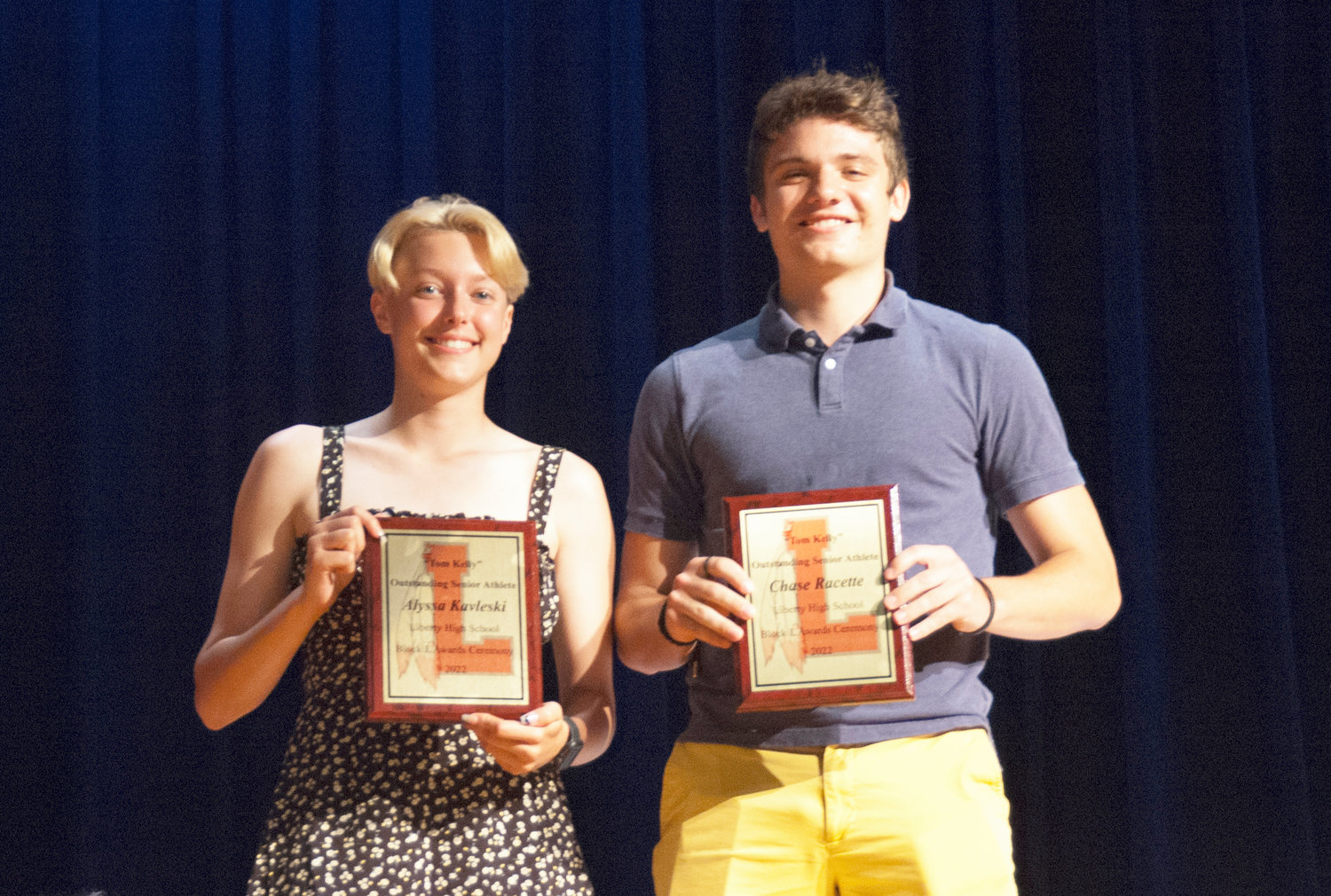 LIBERTY – Students, coaches, faculty, staff and families all gathered in the auditorium at Liberty High School for their 2021-22 Block ‘L’ Awards night, a night in which athletes from across all three sports seasons from this year are recognized for their hard work and dedication.

From boys soccer to girls golf, and every sport in between, the teams were given recognition by their coaches.

“We have dedicated student athletes who continue to come out season after season. Many of them play two or three sports,” Athletic Director Erin Alvord said. “There are lessons that athletes can carry with them through life. Despite winning or losing, it is important to continue to work hard in all you do. Sometimes, you have to work even harder through the losses.”