LIBERTY –– After dropping their first four games of the season, the Liberty Indians (2-4) are on a two-game win streak, dominating the visiting Eldred Yellowjackets on Tuesday night to … 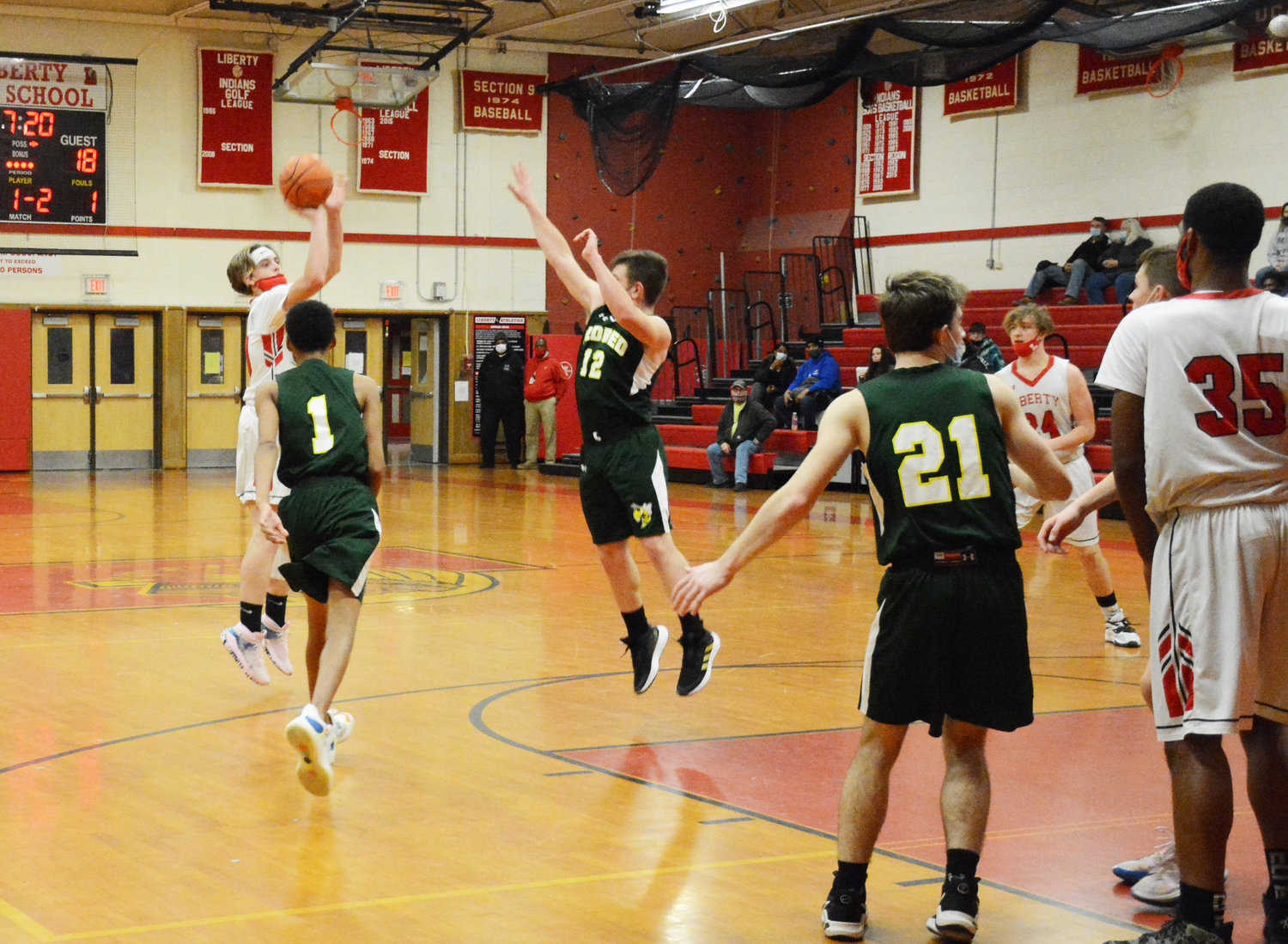 Liberty senior Ethan Werlau knocks down a trey. He scored 11 on the night.
Joseph Abraham | Democrat 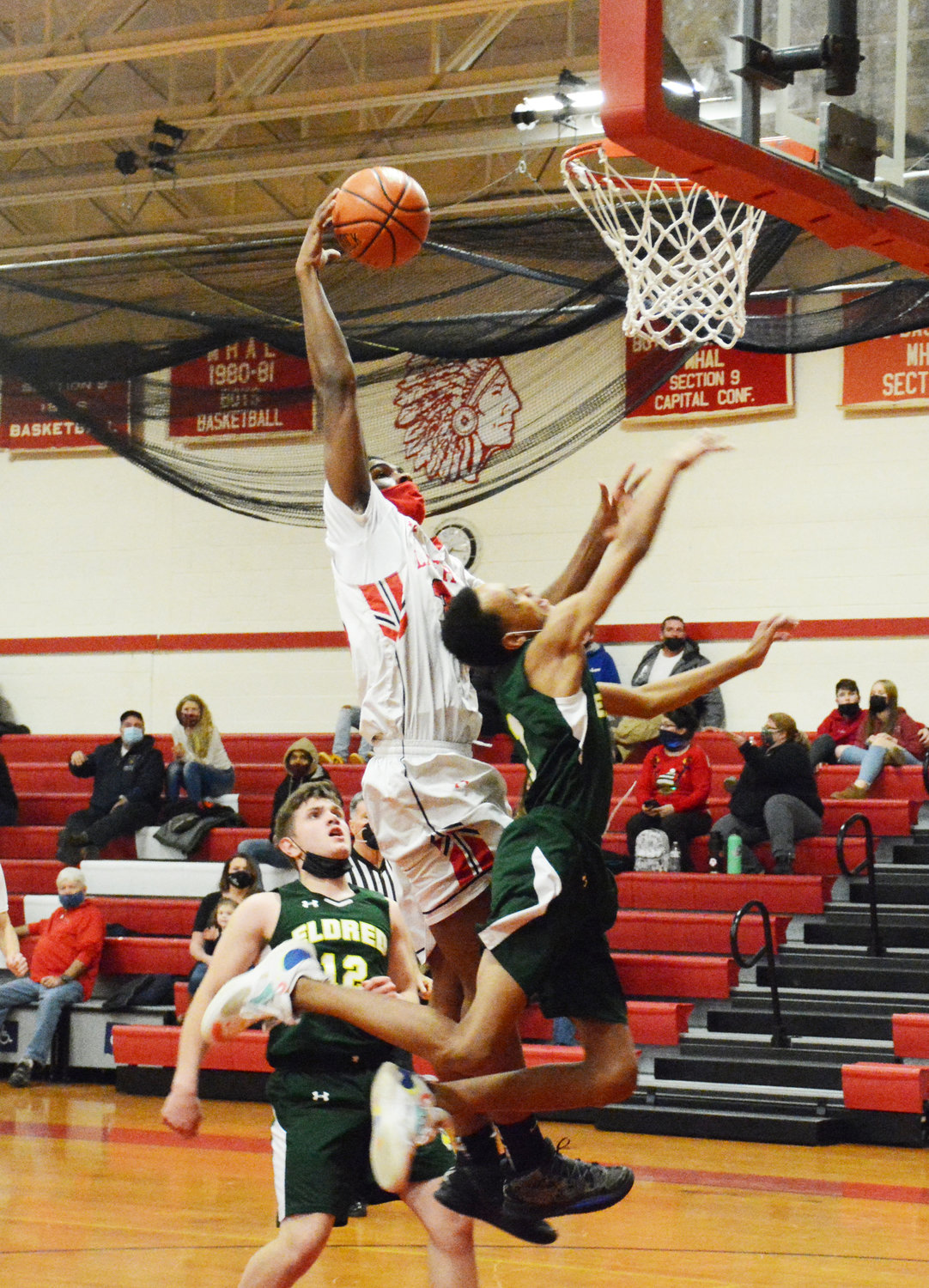 Gibbs me a break! Liberty’s Nasir Gibbs (pictured going up for a dunk) scored 36 points in Tuesday’s win over Eldred, just under half the total number of points scored by the Indians (73).
Joseph Abraham | Democrat
Previous Next
Posted Thursday, December 23, 2021 6:20 am
Joseph Abraham

LIBERTY –– After dropping their first four games of the season, the Liberty Indians (2-4) are on a two-game win streak, dominating the visiting Eldred Yellowjackets on Tuesday night to the tune of 73-22.

An administrative technical foul at the start of the game saw Eldred’s Trai Kaufmann make a free throw to put the Yellowjackets up 1-0. It would be Eldred’s only lead of the night, as Liberty outscored them 21-2 for the remainder of the quarter.

Liberty exploded in the second quarter, outscoring their opponents 26-8, to amass a 47-13 lead at the break. The Indians added 26 points in the second half to Eldred's nine, resulting in the 51-point non-league Liberty victory.

A key factor in the Indians’ win was the play of Nasir Gibbs who dominated in the paint, scoring 36 on the night. Ethan Werlau added 11 for Liberty. Kaufmann led Eldred in scoring with nine points.

Both teams will get a rest for the holidays. Liberty returns to the court on Monday, January 3, hosting Fallsburg in a big league game, while Eldred will be back at it on Wednesday, January 5 when they host S.S. Seward.