LIVINGSTON MANOR – Sometimes, you just get beat. That’s what happened to Livingston Manor on Friday, who had Chapel Field at home for a division matchup, as they lost 65-32. 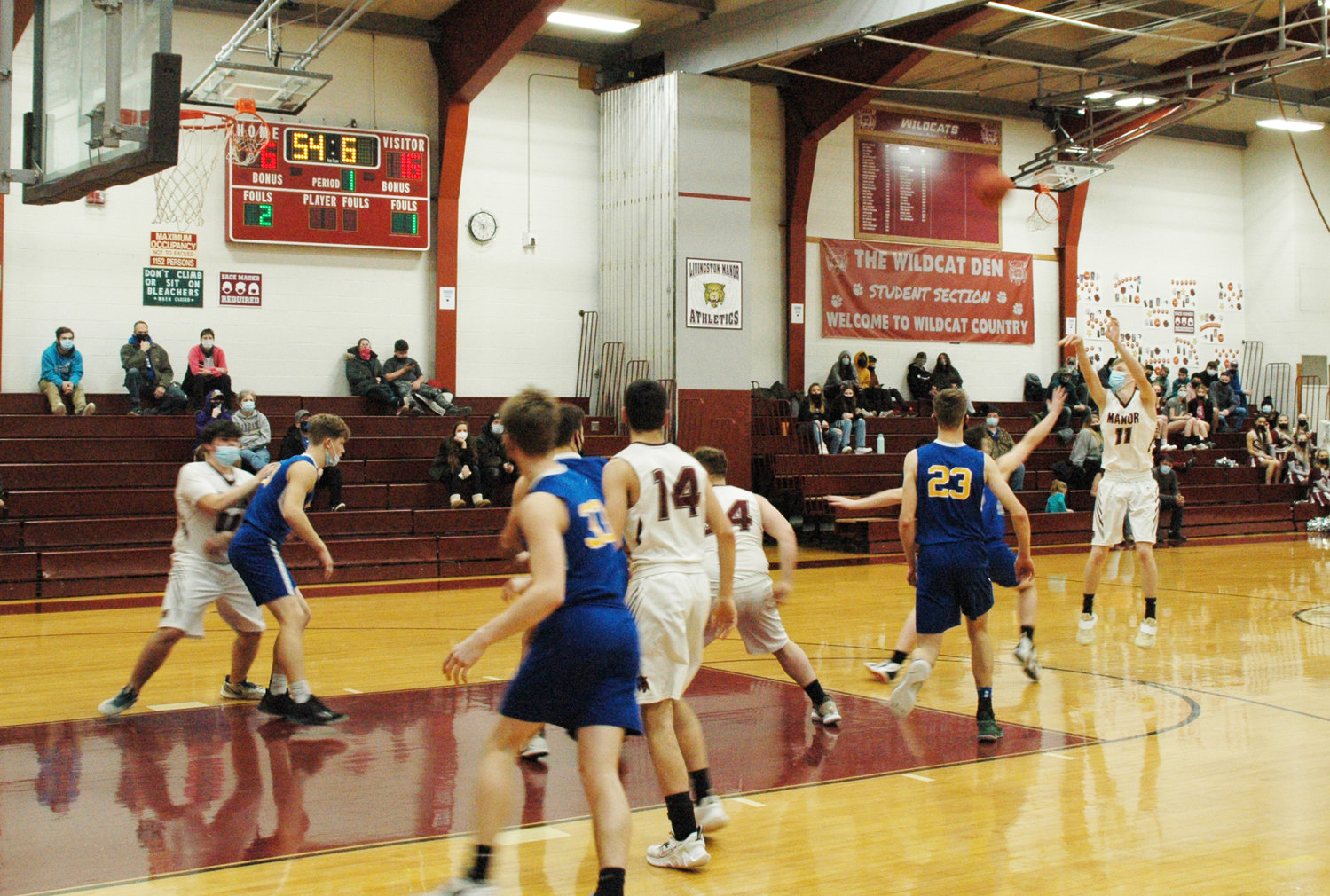 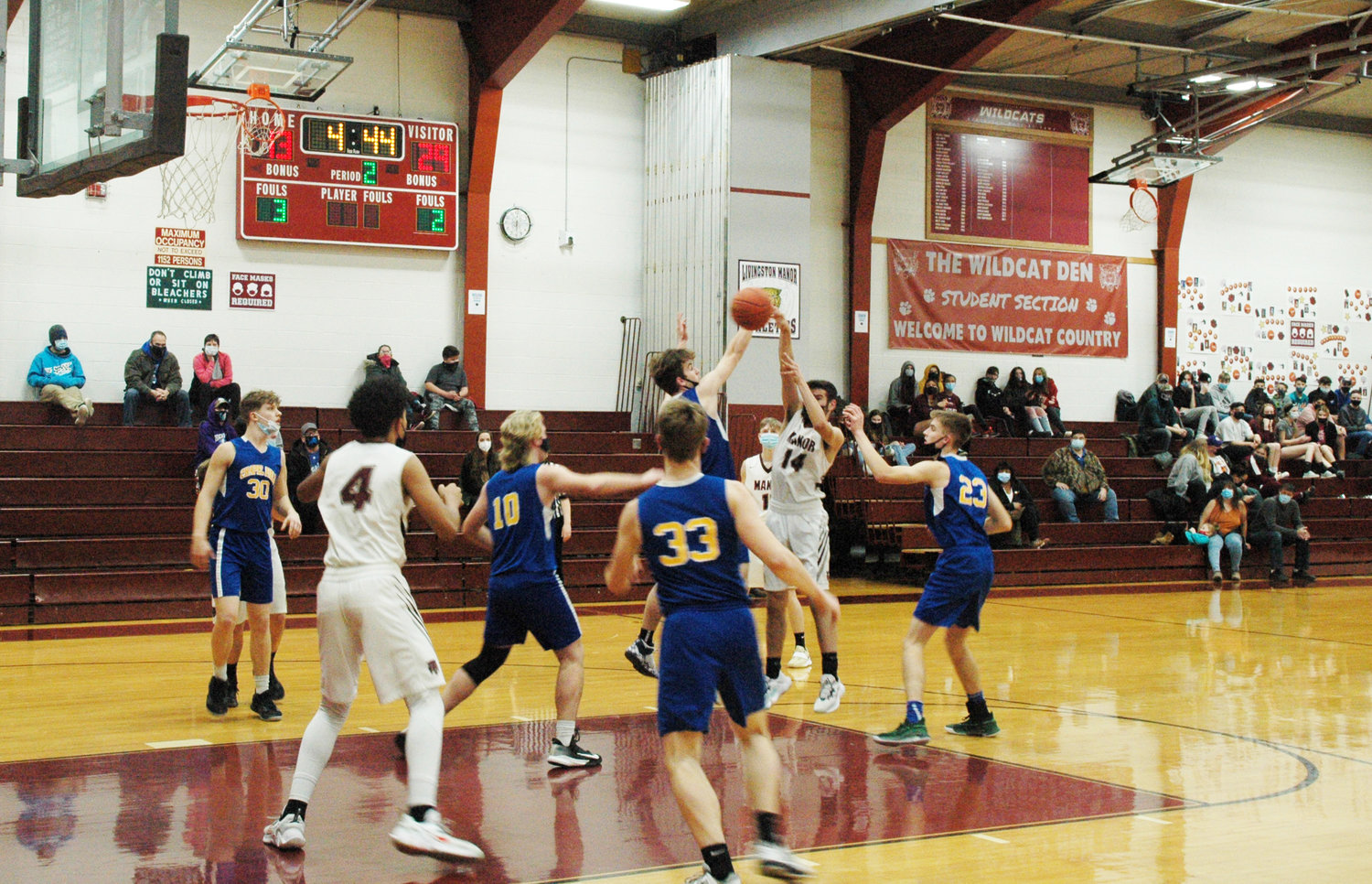 The Livingston Manor offense was kept off-balance by the quick-moving Chapel Field defense. The Wildcats struggled to get their offense going throughout the game.
Anthony Morgano | Democrat
Previous Next
Posted Tuesday, February 1, 2022 6:20 am
Anthony Morgano

LIVINGSTON MANOR – Sometimes, you just get beat. That’s what happened to Livingston Manor on Friday, who had Chapel Field at home for a division matchup, as they lost 65-32.

After starting the game off with a 4-0 lead, Livingston Manor quickly found themselves trailing by five, as a 9-0 run for Chapel Field put them in the driver’s seat.

The Lions were ferocious in their attack of the basket throughout the night, and their quick defense kept the Wildcats from settling into their offense all night long. Free throws were another point of contention for the Wildcats, going 0 for 6 on attempts in the game. Try as they might, the Wildcats were unable to put a dent in the Lions’ lead, and by halftime the Wildcats were trailing 42-15, a 27 point deficit.

Although sometimes you get beat, it’s how you get back up afterward that counts. What adjustments with Livingston Manor make down the stretch as the next round of league matchups approach? The Wildcats will be in Seward tonight for a non-league matchup against the Spartans.