Another holiday season is nearly here, and with it comes the reminder that books about the history of Sullivan County and the surrounding Catskills region make great gifts. 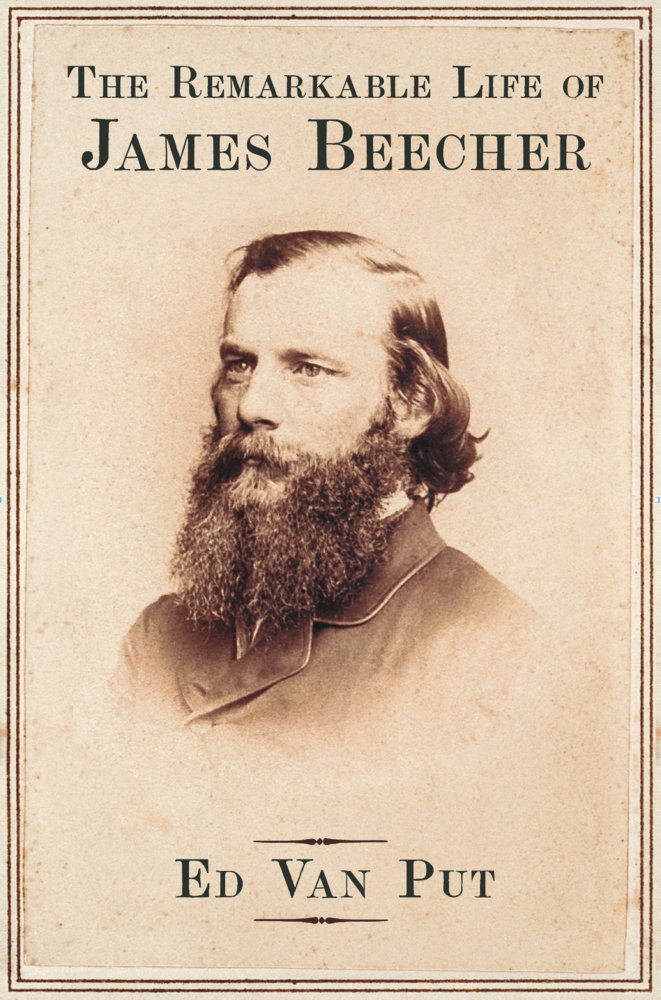 Another holiday season is nearly here, and with it comes the reminder that books about the history of Sullivan County and the surrounding Catskills region make great gifts.

Among the most interesting new titles this year is Ed Van Put’s “The Remarkable Life of James Beecher,” just released by Beaverkill Books.

James Beecher was the youngest member of the renowned Beecher family of ministers and abolitionists. He lived a complex and eventful life that ended tragically, but not before it had brought him to Sullivan County for a time.

Van Put, known to many for his indispensable Sullivan County history books, “The Beaverkill” and “Trout Fishing in the Catskills,” notes that his latest book “follows Beecher throughout his extraordinary life, including the spiritual salvation he sought after the [Civil War] as an early pioneer and fisherman in the wilds of the Beaverkill Valley with his wife Frances.”

As is the case with each of the author’s previous titles, “The Remarkable Life of James Beecher” delivers far more than expected, as it provides the reader with a unique insight into a fascinating part of Sullivan County as well as a chronicle of the life of the titular character. The book is available online from the website, thebeaverkill.com.

Much of James Beecher’s renown came from his service during the Civil War, and the war is the backdrop for another new book-- one of a very different sort-- that provides a glimpse into Sullivan County during that era. Camille Regholec’s “Secret Way to the Heart” is a romance novel set in the Phillipsport area of Sullivan County, but in addition to the melodramatic struggle of the main character, Jayne van Hoyton, to keep her life and her family together as the war rages in the distance and a mysterious Southern preacher attempts to woo her, the book features a look at the Catskills and the Hudson Valley in a bygone era.

“Secret Way to the Heart” is available from Amazon in paperback and as a Kindle edition.

Books from last year that are still available include Liberty native Kathy Lynn Gorton Emerson’s publication of her grandfather’s memoirs entitled, “The Life of a Plodder: Fred Gorton’s 95 Years.”

Fred Gorton was born in Strongtown in Sullivan County in 1878, and beginning in 1914 he recorded notes about his daily life, writing longhand in diaries and journals, which, upon his death, found their way to Ms. Emerson, a professional novelist. She has annotated and reproduced the diaries and journals in this new paperback book, which runs 203 pages, and includes a number of photographs.

The book is available in the print edition at Amazon and Barnes & Noble and as an e-book at all the usual e-book outlets.

The third compilation of these Retrospect columns, “In Further Retrospect” was published last year, just as the pandemic virtually shut down the country, so it did not get the exposure it typically would have. This third collection of Retrospect columns—following “Retrospect” in 1996 and “Remembering the Sullivan County Catskills” in 2008—is the biggest and best one yet, featuring columns from a wide range of topics and covering a far-reaching expanse of time.

Each one of these titles would be a great addition to any Sullivan County history buff’s bookshelf, and there is yet another book available this holiday season that is sure to prove popular. More on the long- awaited reprint of one of the true local history classics in next week’s column.