MAMAKATING — During the April 5 Mamakating Town Board meeting, the board voted to approve an easement for the construction of sidewalks on Winterton Road in Bloomingburg. 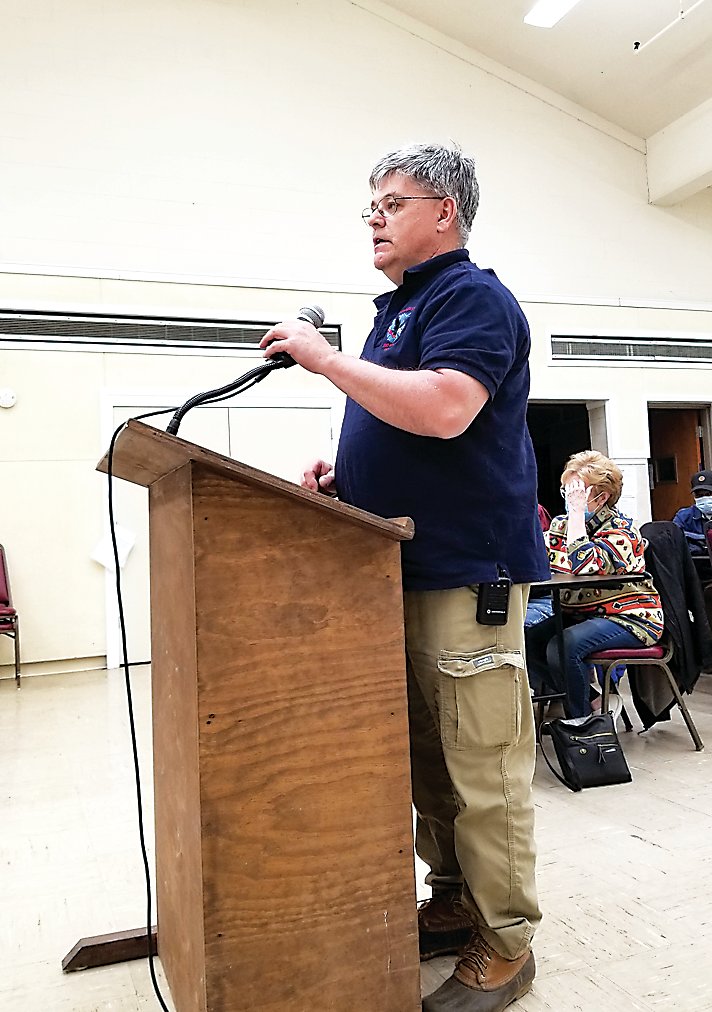 MAMAKATING — During the April 5 Mamakating Town Board meeting, the board voted to approve an easement for the construction of sidewalks on Winterton Road in Bloomingburg.

Before signing the Inter-municipal Agreement (IMA), Bloomingburg and Mamakating debated over annexing of the portion of land to Bloomingburg versus allowing Bloomingburg an easement to build the sidewalks since they cannot exist on county roads.

The attorney for the town, Benjamin Gailey, noted that the IMA was already passed last year and this resolution was just to approve the easement.

It is subject to permissive referendum.

In addition to the website redesign, Town Supervisor Mike Robbins announced during the April 19 Town Board meeting that the board had the opportunity to redesign the logo and motto for the town to better represent its ideals.

The current motto is “where history meets adventure,” and Robbins said he might want to see something with “nature” or “community” in the motto. In addition, the town has two logos, and Robbins said he would like to discuss which one people like better or if people want a redesign. He said, at this point, he just wanted to gather ideas and get feedback from the town about their wishes.

Highway Superintendent Rob Hufcut reported that the rainstorm from April 7 caused approximately $100,000 in damages. He noted that some road work could not be completed because the highway workers were focused on taking care of the storm damage, which he said was the “priority.”

He also spoke out about the flooding on Haven Road. He said there were flood signs up and asked people in the future to not drive through them because they are there for everyone’s safety.

In addition, Hufcut said the highway department placed cones and barriers, and the cones were stolen, and the barriers were moved. He said that people ask for barriers and signs to help with safety, but they do not do any good if people just move or ignore them.

Hufcut also praised residents for coming out to Councilman Peter Goodman’s Ward meeting on April 14. Hufcut said about thirty people attended, and he enjoyed seeing people having civil discussion even when they disagreed.

Supervisor Robbins noted that the roof repair for the Dutch Reformed Church was still on hold. Robbins said the contractor was waiting on shingles that were back  ordered. Robbins said there was a deadline for the work to be completed, and Town attorney Gailey recommended that Robbins reach out to the grant’s agency to let them know about the supply issues to get an extension on the project.

In addition, the town board voted to waive the permit fees associated with the Bloomingburg Fire District’s new firehouse plans.

Robbins noted that this motion was only to waive fees associated with permits and nothing else.

Joe Carpenter, a Fire Commissioner from the district, addressed the board and said that the district would like to add another station to reduce response times since most of the drivers no longer reside in the village of Bloomingburg.

He noted that they are trying to budget the project to keep costs down and have been saving for this project for a long time.

Councilman Matt Mordas asked what roads will see the benefit of the new station. Carpenter responded that anything east of Nashopha Road will see quicker response times and enhanced fire protection with an engine and a tanker in the area.

During the vote, Supervisor Mike Robbins recused himself since he is a part of the fire district and recommended that Councilman Tyler Wood do the same since Wood’s father is a Fire Commissioner.

Attorney for the town, Benjamin Gailey, noted that Wood did not have to recuse but had the option to do so. Wood recused himself from the vote, and the motion passed.