While the Upper Delaware River Valley was still a rugged frontier wilderness in the middle of the 18th century, farmland was becoming scarce in eastern Connecticut, and some of the Connecticut … 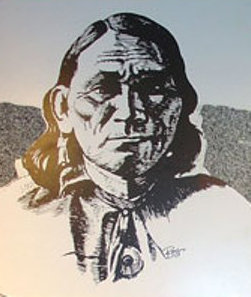 Captain Bull led a war party from the Wyoming Valley into the Upper Delaware in October of 1763.
Contributed illustration
Posted Friday, October 8, 2021 7:00 am
John Conway

While the Upper Delaware River Valley was still a rugged frontier wilderness in the middle of the 18th century, farmland was becoming scarce in eastern Connecticut, and some of the Connecticut residents began to form companies for the purpose of purchasing lands elsewhere. The Susquehanna Company, formed in 1754, was one such group, consisting of about 600 men who purchased from the local Native Americans a large tract of land along the Susquehanna River, paying them mostly with whiskey.

Another group, calling itself the Delaware Company, comprising about 30 families and led by hardy men named Skinner and Thomas and Tyler, consummated with several local Lenape chieftains what became a controversial purchase of a tract of land running about 30 miles north and south on both sides of the Delaware River from about present day Lackawaxen to Callicoon. By 1757, this group had formed a small settlement on the new property. The place became known as Cushetunk, a close approximation of the Lenape word for the area.

The Lenape at that point had been largely subjugated by the Seneca tribe of the Six Nation Iroquois Confederacy, and the Seneca did not believe they had been justly compensated for the land the local chiefs had turned over to the settlers. This merely increased the tensions of the time and added to the uncertainty of the life of the early settlers.

Those tensions notwithstanding, within a few years the Delaware Company was soliciting additional settlers through a prospectus that claimed they had established three separate communities, each extending ten miles along the Delaware River and eight miles wide. These new communities consisted of thirty cabins, three log houses, a grist mill and a saw mill.

Because of the hostile nature of the frontier at the time, around 1760 or so two separate portions of Cushetunk were surrounded by stockades for protection, and looked every bit as much like forts as they did a peaceful community.

Despite the fighting during the French and Indian War, the protection of those fortifications was largely unneeded until the uprising of the Lenape following the death of their elderly sachem, Teedyuscung under mysterious circumstances in April of 1763. That October, an avenging war party under the command of Teedyuscong’s son, Captain Bull, swooped through the Wyoming Valley and into the Delaware Valley, attacking every settlement along the way.

The segment of the Cushetunk settlement at Ten Mile River was destroyed, and its 22 or so inhabitants—men, women, and mostly children-- were massacred. The warriors then made their way upriver to the other parts of Cushetunk.

This murderous raid on the small settlement at Ten Mile River remains one of the least chronicled and least understood conflicts in the history of the region. To this day no one knows for sure who murdered Teedyuscung, or why his son seemed convinced it was the settlers from Connecticut, despite some evidence that it might have been Seneca warriors jealous of his father’s power. But Captain Bull’s actions were as decisive as they were unexpected. The war party made its way upriver, fully intending to destroy all of Cushetunk, just as they had done downriver, but the stockades made the task a bit more difficult.

As the war party approached what had become known as Cushetunk’s Lower Fort, located approximately at present day Milanville, PA, settlers caught sight of the marauders and scrambled to gather inside the blockhouse. Two of the men, Moses Thomas and Jedidiah Willis, were killed before they could enter the fortification, and that left only one man, Ezra Witter, in defense of the settlement.

But Witter had the assistance of a number of strong, capable women, who took up arms as the war party gathered outside. The women were armed with muskets, and under Witter’s direction fired at the opportune time, killing one of the war party and intimidating the others by convincing them that the stockade was well defended. The deception proved fortuitous, and the raiding party left without further incident, taking their lone casualty with them.

The stockade at Cushetunk was never put to the test again.

John Conway is the Sullivan County Historian. Email him at jconway52@hotmail.com. He will tell the story of the 1763 massacre (and others) tomorrow, Saturday, October 9, at the Haunted History Lantern Tour at Fort Delaware. The event runs from 5:30 to 9:30 p.m. Admission is $10 per person and $20 per family of up to four.