GRAHAMSVILLE — One of his colleagues at Tri-Valley Central School said that music teacher Kevin Giroux’s motto is “It doesn’t hurt to ask.” 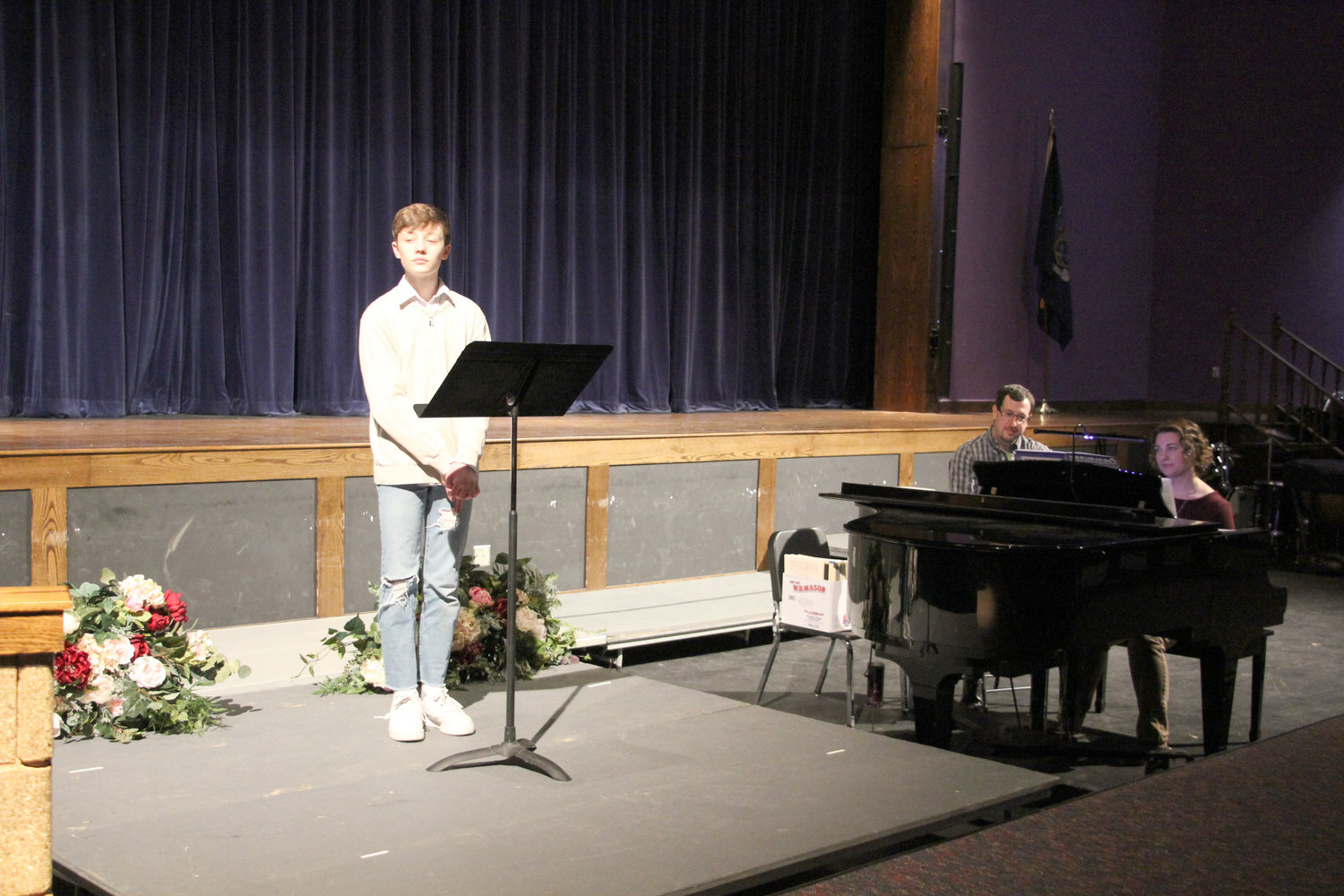 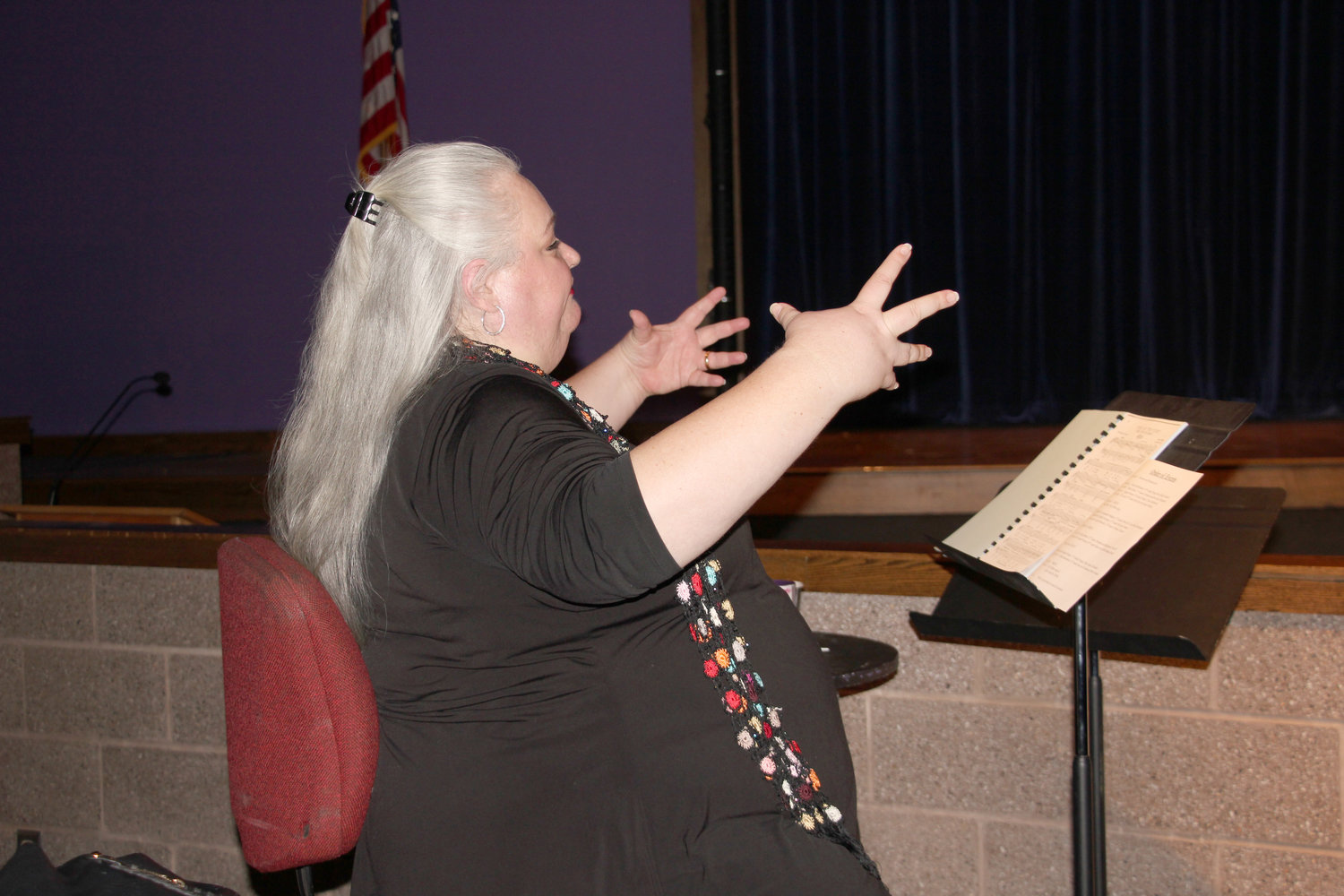 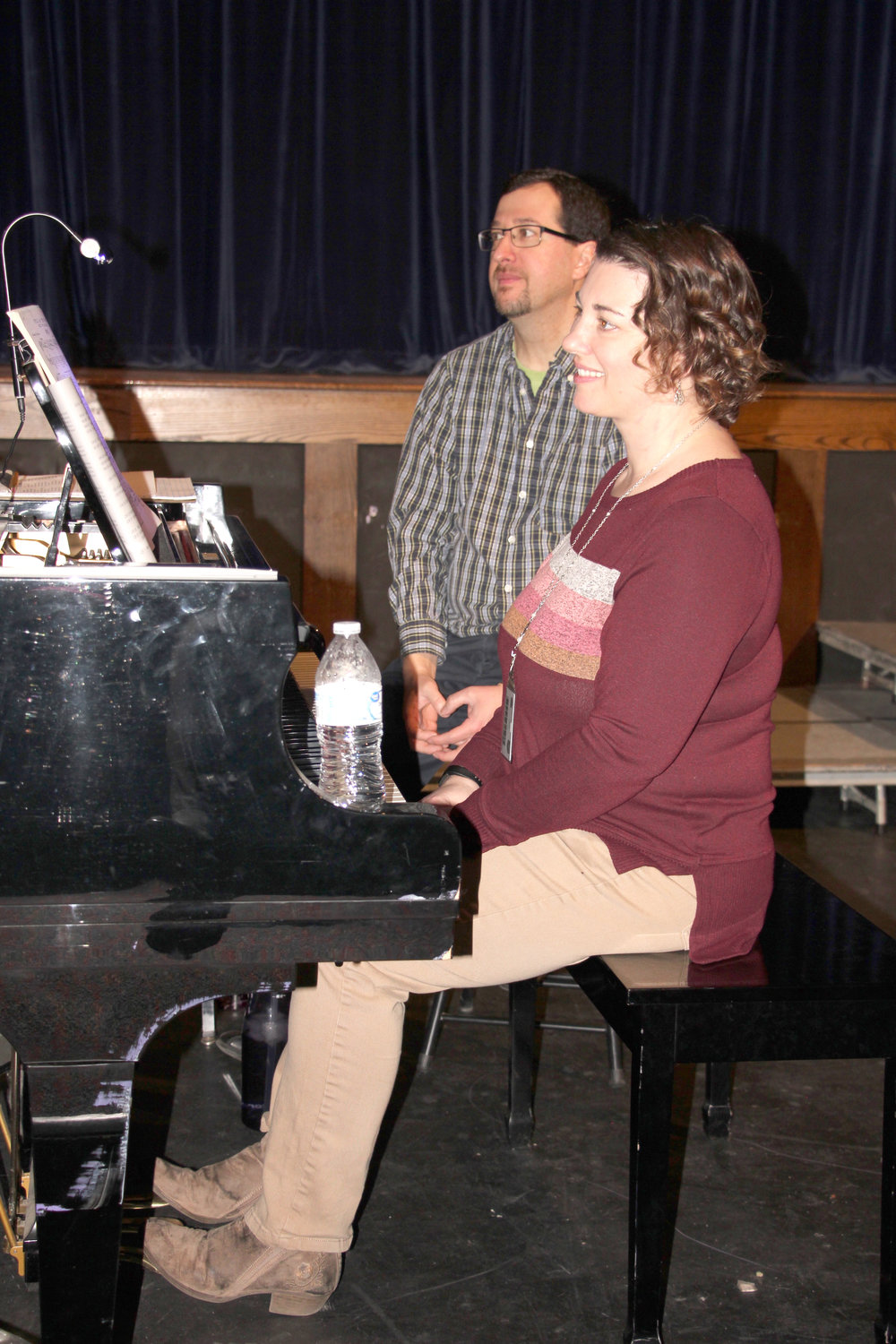 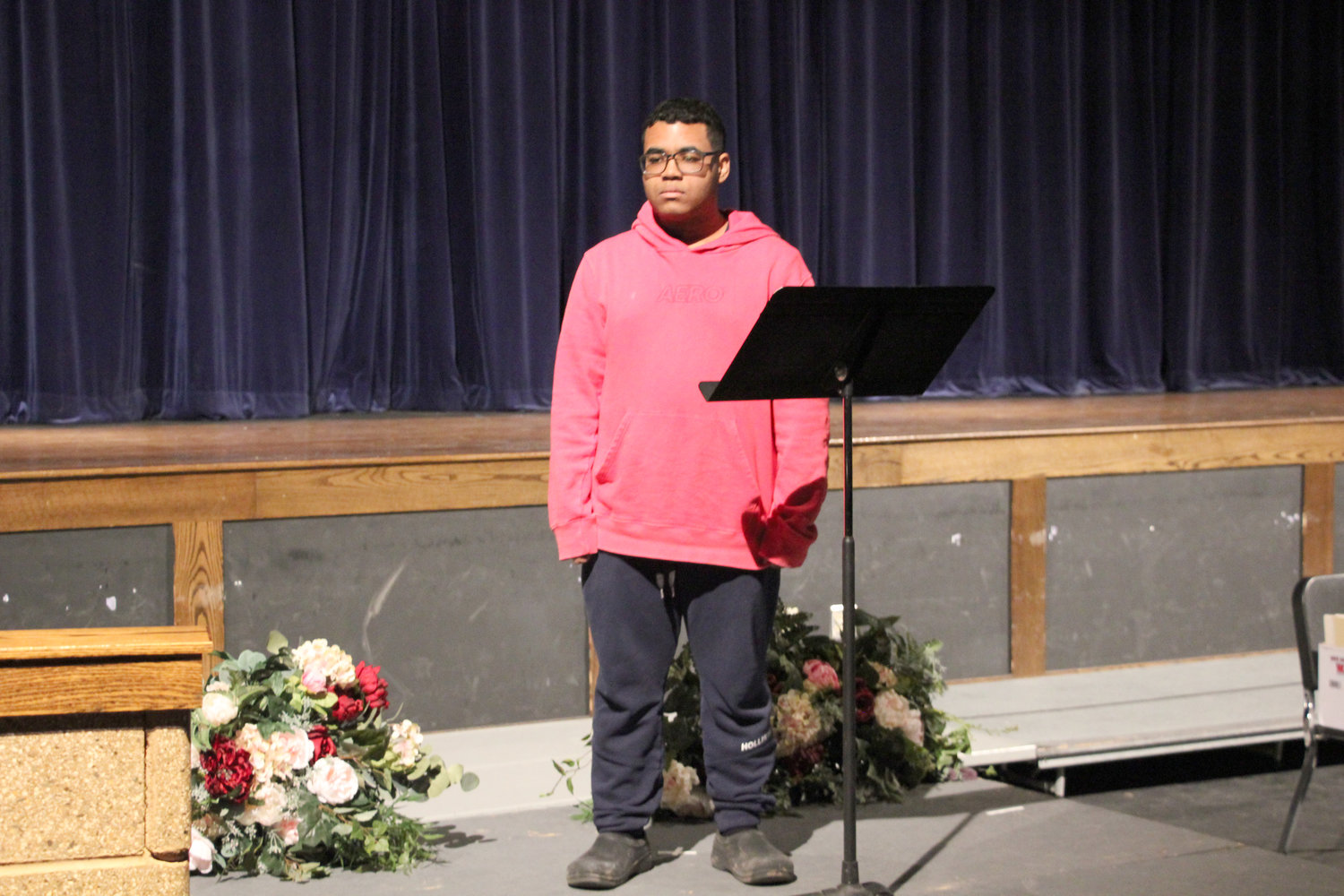 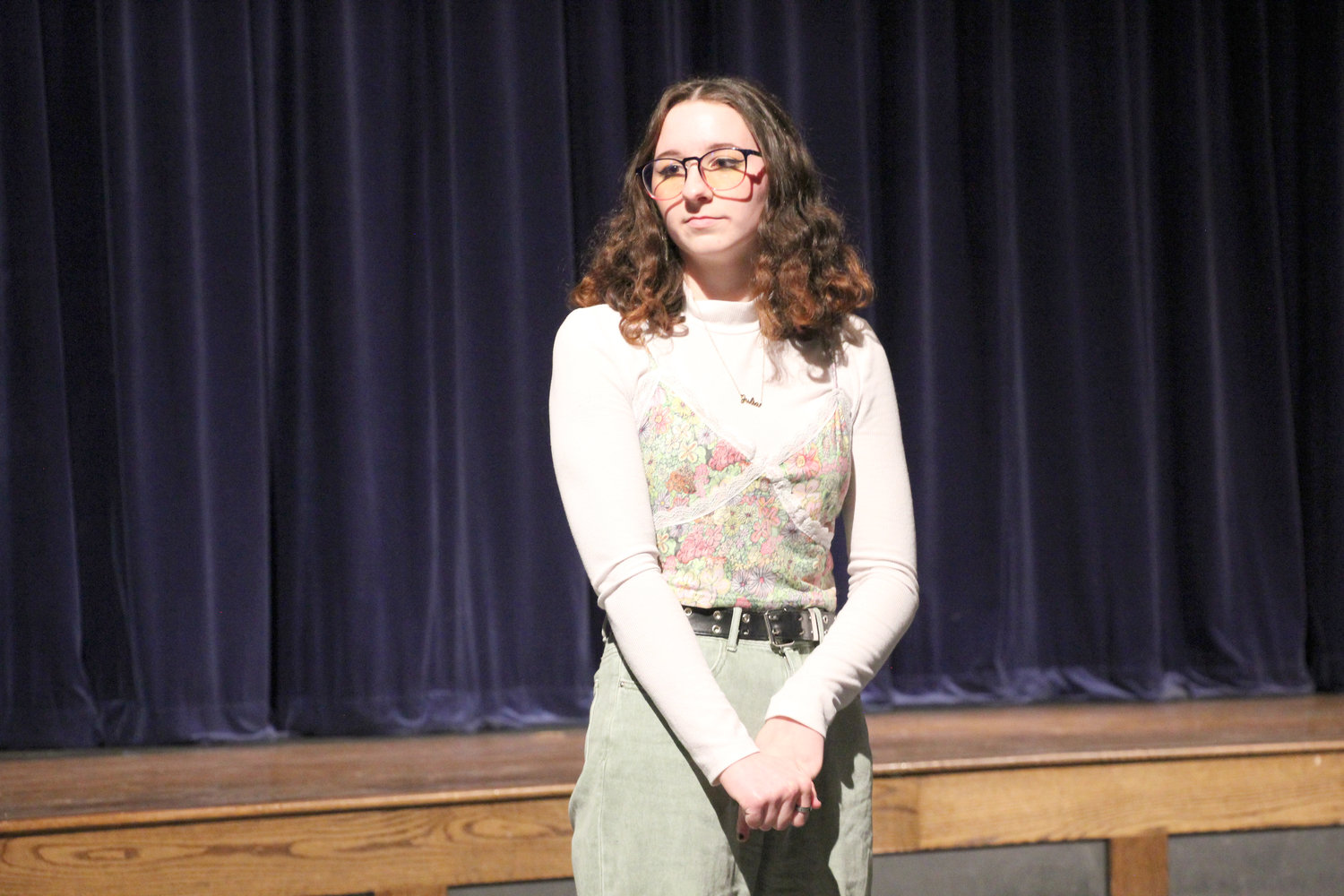 GRAHAMSVILLE — One of his colleagues at Tri-Valley Central School said that music teacher Kevin Giroux’s motto is “It doesn’t hurt to ask.”

“Whenever Kevin asks me to do something, I say yes,” said Blythe, “we’re fellow SUNY Potsdam graduates.”

The hometown mezzo soprano – she was born in Ellenville, grew up in Mongaup Valley, and attended Monticello High School – guided 11 students through the intricacies of song presentation.

Blythe has been doing Master Classes for the past 15 years. She is currently Artistic Director of the Bard College Conservatory of Music Graduate Vocal Arts Program.

The 11 students who worked with Blythe were selected by the Tri-Valley music faculty and represented different grades. Giroux helped them choose their songs by presenting them with choices, which they then worked on for a couple of months.

“She really helped me with my pronunciation of the German words,” Leach said of Blythe. “I didn’t understand how to say the words at first, but after she helped me, I got a better understanding how to say each word and how to make my voice louder and more clear.”

Logan Weyant, also in eighth grade, sang “Break, O Sea” by Mark Patterson. He said he wanted to take the Master Class because he really enjoys chorus and singing.

“I learned I should loosen up more with my singing, and I should use all of my body to sing instead of just my head. I was nervous, but it really helped me improve.”

Tri-Valley Senior, Samantha Morgan presented a song called “How Do I Love You,” based on the famous poem by Elizabeth Barrett Browning.

Blythe’s advice to Morgan included analyzing the poem to give her a broader understanding of what she was singing.

“When you work on something, before you even start to sing it, write out the text,” Blythe said. “Write it, don’t type it. Because if you write it, your brain is going to remember it in a different way than if you’re looking at it and reading it.”

For each student, Blythe picked a part of their technique to work on: phrasing, diction, pacing, knowing the background of the songwriter, and the source material. And she gave some advice that pertains to singers, actors and speech givers in general, “You have to learn how to project your voice, and part of that is starting and finishing words. It makes all the difference.”

Blythe said she tries “to zone in on one or two things that will help give students a leg up for the next level.”

According to Giroux, the immediate next level is when the students return from spring break and perform their solos at the New York State School Music Association Festival.

Asked for her advice to students who want to continue with a musical career, Blythe’s answer was not unexpected. “Practice and sing. You have to just sing. … I hope this spurs their imagination and creativity. I want them to understand that I come from exactly their same background. I’ve been singing professionally for 27 years, and I learned to do it at this level. That’s how it started,” she said.

Logan Weyant’s mother, Tri-Valley music teacher Keira Sullivan Weyant, who along with Giroux accompanied the singers on piano, said the Master Class was “an amazing life experience. … Blythe was challenging, sensitive, kind, funny, and she helped these students think and connect with their music and themselves.”

Giroux added, “She was honest, caring, professional, encouraging, and appropriately demanding the best out of each student. It was an absolutely lovely day of learning, celebrating, growing, and performing for my kids and me.”