Memories from a Catskills performer:

He was studying piano by the age of four and later mastered the flute, clarinet and saxophone.

Memories from a Catskills performer: 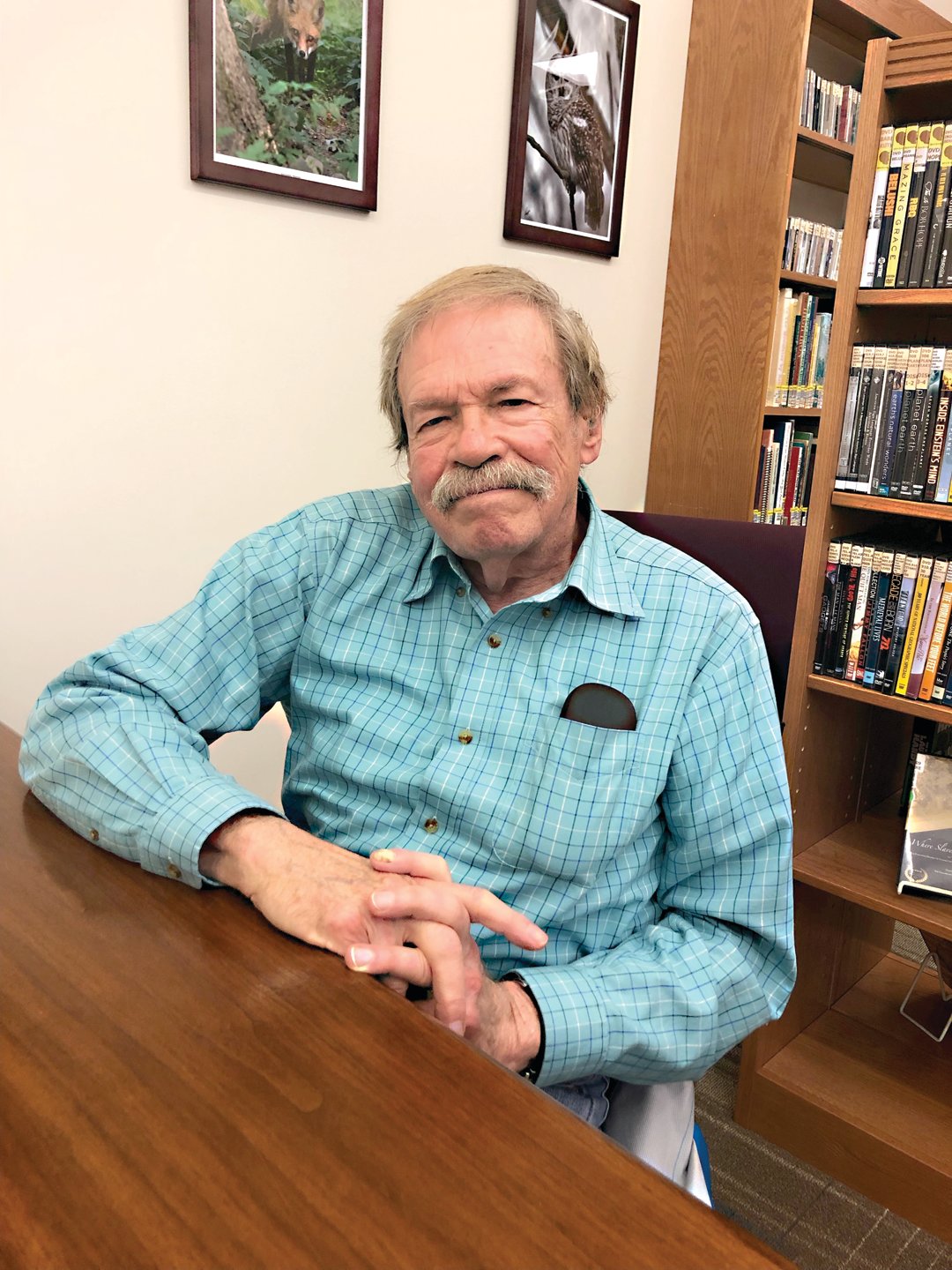 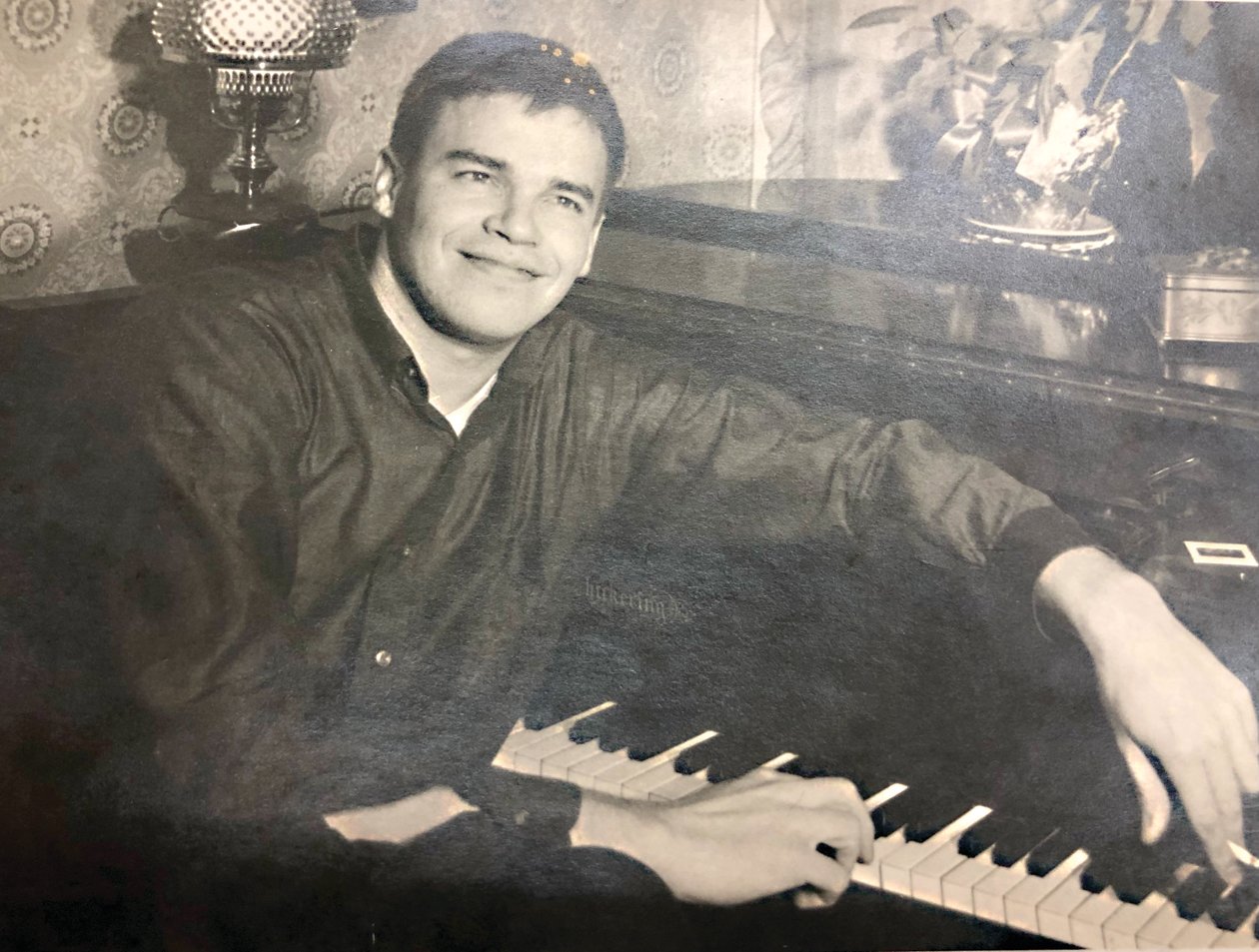 Lentz as a 20-year-old, relaxing at a friend’s house.
Contributed photo 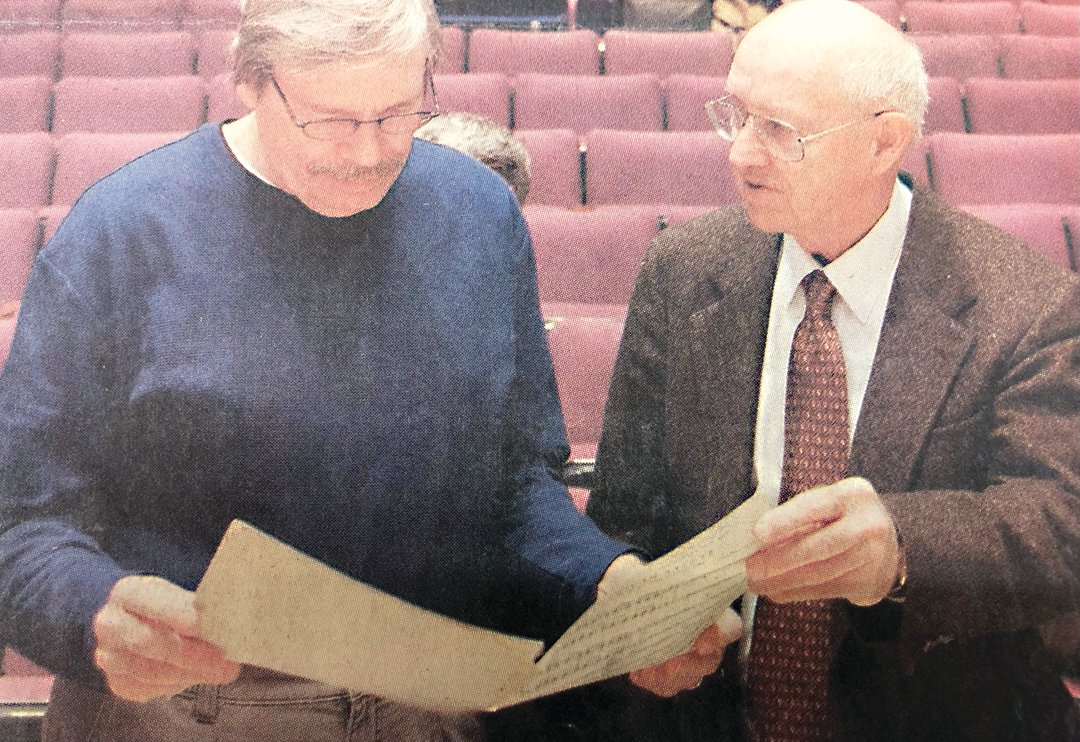 At a rehearsal for Lentz’s composition “Suite for America,” which he wrote shortly after 9/11. It was premiered by the Woodstock Chamber Orchestra. Lentz is pictured with Orchestra Manager Al Sweet.
Contributed photo 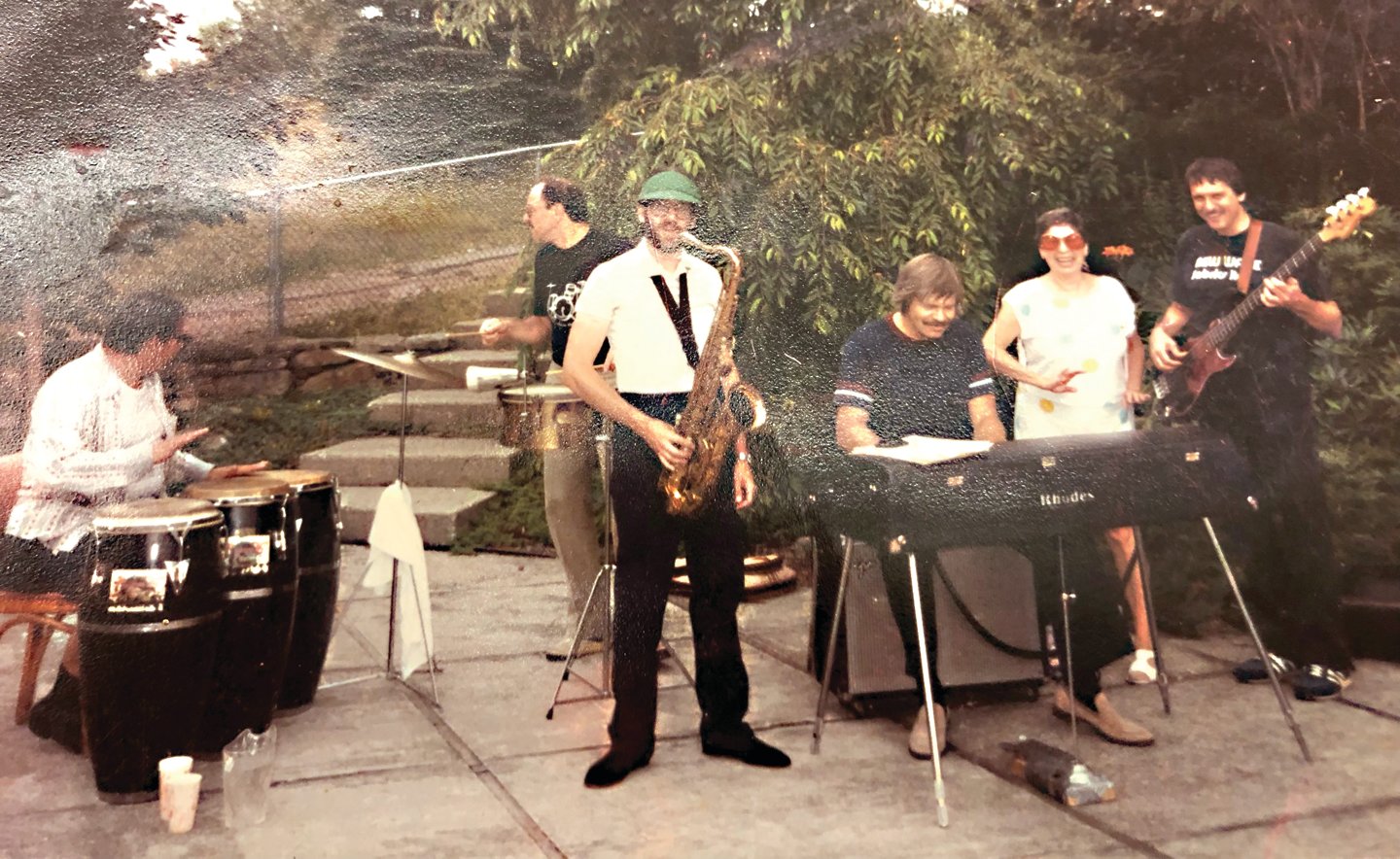 In August of 1984, Lentz was performing on the piano with the Jay Ross Band at Kutsher’s Country Club.
Contributed photo 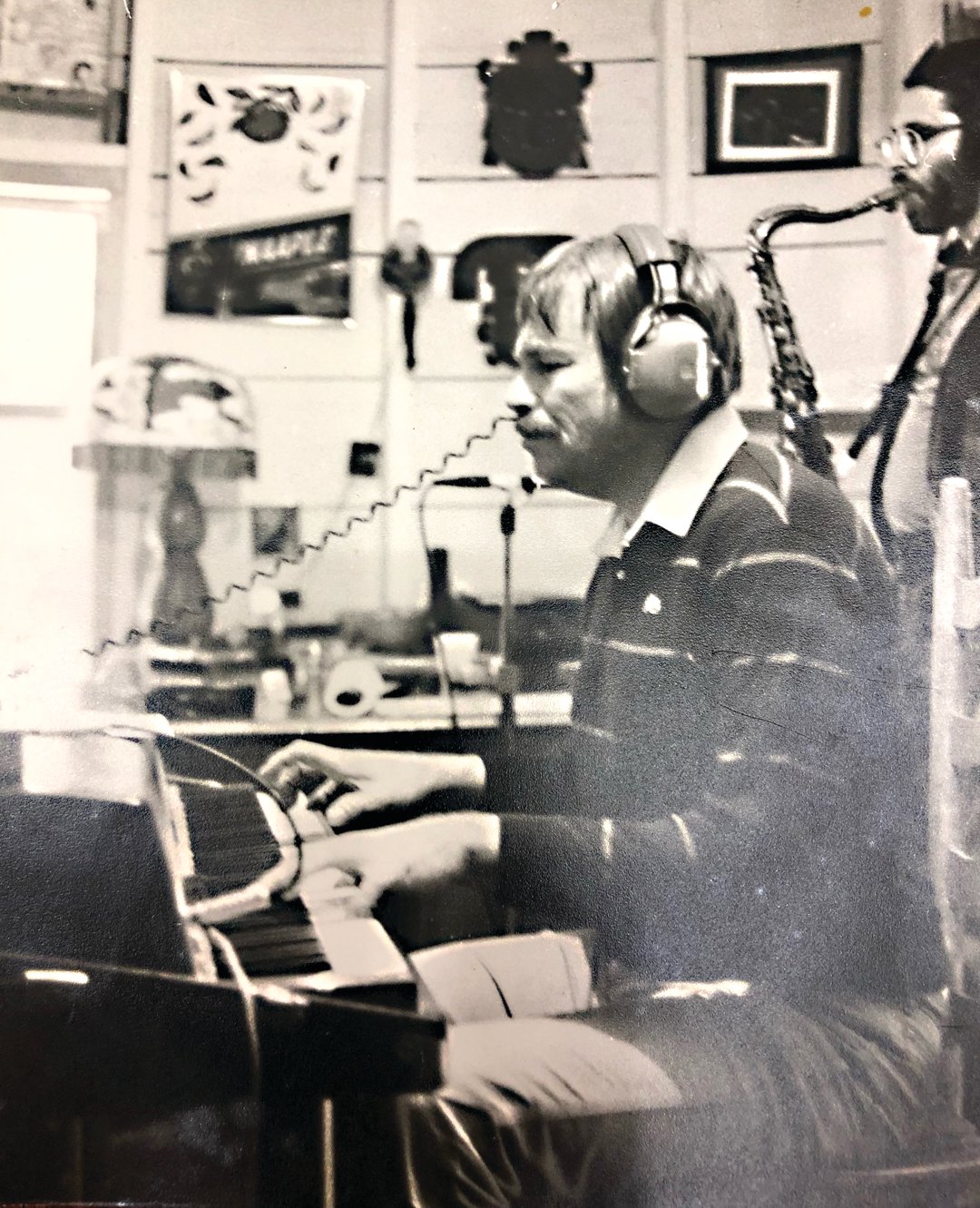 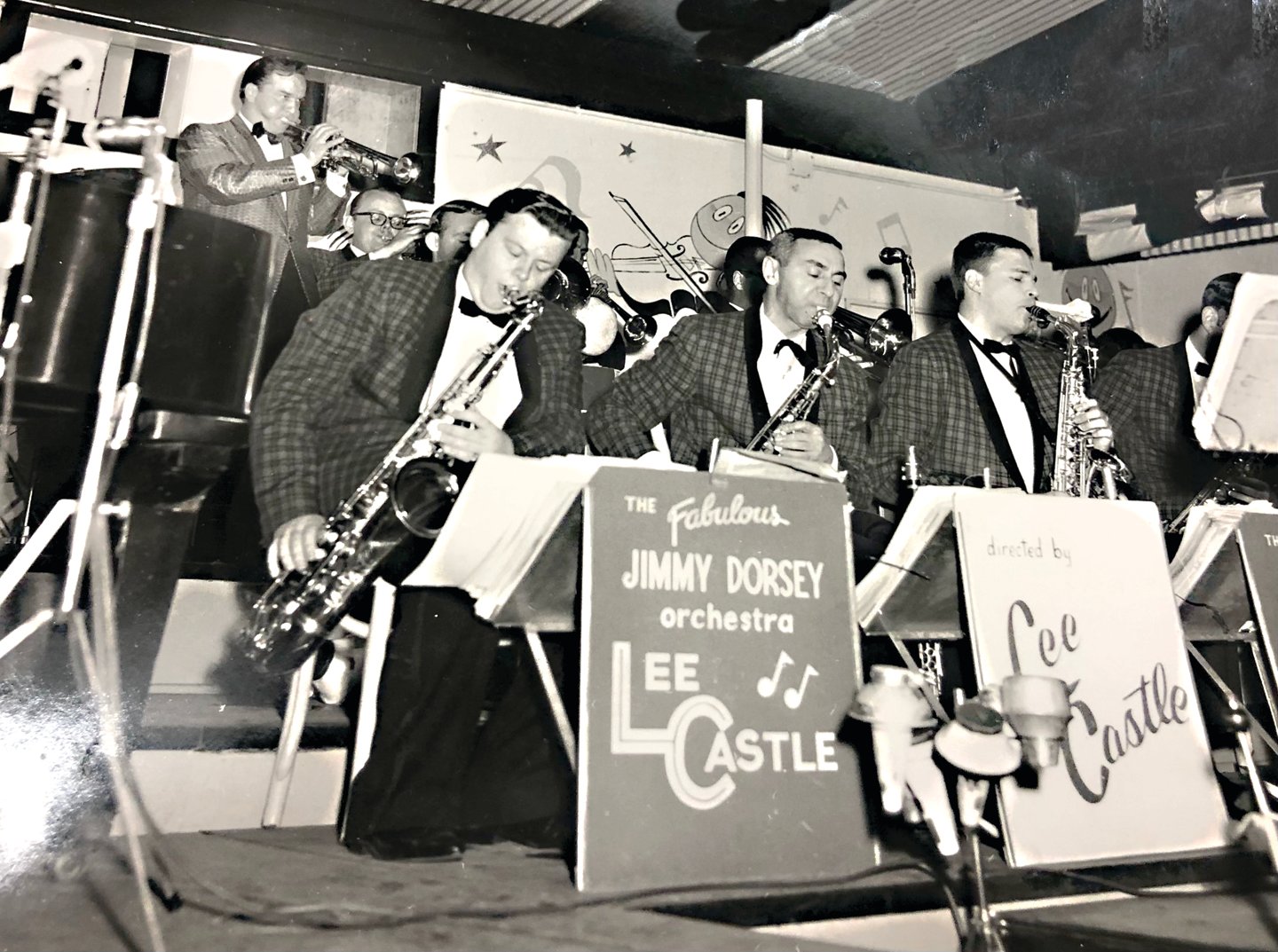 He was studying piano by the age of four and later mastered the flute, clarinet and saxophone.

Loren “Jake” Lentz was born in Brown County, Minnesota – a New Year baby, born January 1, 1936. It wasn’t until his brother was born on January 2 four years later that the first baby of the year began receiving gifts. But that didn’t matter, because Loren was born with plenty of gifts of his own. One of those was in the form of his parents.

“I had a very good environment. I always heard good music at home, mostly classical – Schubert, Beethoven, Mozart – so that’s where I first learned my love for music,” Loren said.

He got most of his training from his mother. “She was a vocal major and piano minor in college.” And his dad was an amateur musician and “he knew good music and he had a pretty good ear.”

When he was around 10 or 11 years old, Loren broke away from the classical tradition. “We had a lot of bands around New Ulm, Minnesota, so I learned to like what we call ‘old time music.’” He developed an affinity for the music of Benny Goodman, Harry James and Stan Kenton. “I started loving clarinet and jazz clarinet. … I loved the big bands.”

Growing older, he was drawn to the movies. “I wanted to be Marlon Brando,” he laughed. Then came the University of Minnesota, but only for about a month. “I hated it. I don't know what it was exactly. But it wasn't my cup of tea, and I came home. And I was pretty depressed.”

Practicality took over. “I had to make money to support myself, and it was just my dad in the house.” So, instead of trying to be Brando, Loren did “a lot of  ‘gigging around’ with the polka bands.” Then he saw a tiny ad in “Downbeat Magazine” for Westlake College of Music in Hollywood, California. The ad prompted him to “Come out to California and learn how to play in a big band.”

So, 19-year-old Loren, and his 98 Oldsmobile drove out to California and started school. “I'd been playing alto saxophone by then. And I just loved it.” He worked himself up to the top band and they did TV and radio shows in Hollywood. “There was a lot of stuff going on out there. That was the happiest time of my life.”

In California he didn’t just play music; he also learned, taking lessons on the clarinet with a studio musician and also with Buddy DeFranco, a clarinetist who led the Glenn Miller band at one time. That was a fortuitous meeting for Loren, who wound up joining the Glenn Miller Band for six months or so, under the leadership of, you guessed it, Buddy DeFranco.

No music in the infantry

After he left college, Loren got drafted. Placed in the infantry, he described it as a “low point in my life. I was very depressed. And I thought the end of the world had come because I couldn't play music.” So, one Sunday, still in a deep depression, he went for a walk, going from one barracks to another, looking for musicians. Finally finding the band barracks, Loren met a clarinet player. Shortly thereafter, he was transferred from the infantry into the band. “I was a very, very happy guy after that.”

Back in 1958, the Army commitment was eight years. Loren served two years active-duty and six years in the reserves.

A couple of years after his Army discharge, he joined a territory band in Savannah, Georgia, traveling around the southeast part of the U.S. The band ended up at Roseland in New York City.

While in New York, Loren heard that the Jimmy Dorsey Band was looking for a lead alto sax player. “I went and auditioned. Lee Castle was the leader of the band and he liked me, and he hired me in 1963. I was a happy camper. I was playing in a lot of big bands, but I stayed with the Dorsey band for about four years. I played a lot of the Dorsey solos.”

After leaving the Dorsey band, Loren played with the Woody Herman and Glenn Miller bands.

As the Big Band era was coming to an end around 1969, Loren found himself back in New York at the local union and heard that bands in the Catskills were looking for new musicians. He drove upstate and pretty much based on word of mouth without an audition, wound up playing at the Fallsview Hotel, now known as Honor’s Haven.

Loren wound up playing at “most of the big hotels,” including the Concord and spent 32 years at Kutsher’s in Monticello. “That was a pretty good gig,” he said, of the place where he met his wife, who was singing with the show band, while Jake was leading the Latin band.

During his tenure in the Catskills’ hotels, Loren developed a lot of admiration for performers like Mal Z. Lawrence, Sal Richards and Dick Capri. “Henny Youngman was a very nice guy, a funny guy, and Rodney Dangerfield – a good guy. … Those guys were very good at their craft, top of their game. They were really excellent.”

Once Kutsher’s closed, Loren returned to New York City and did some gigs with Mal Z. Lawrence, some Broadway and some private parties.

These days, his main gig is at Garnet Health Center in Middletown, where he plays in the hospital lobby four days a week for visitors, staff and patients.

Loren’s advice to anyone who wants to be a professional musician nowadays is to “plan on doing a lot of work. You better have a lot of talent to get a good job in music; you have to be somebody and be really good at what you do. Just an amateur player is not going to make it. Love what you do, and work hard, and don’t do anything else because that’s all you’re going to have time for.”

For Loren, his time spent in the Catskills was more than just a job. “It was really enjoyable to get up there every night. When people responded to the act, and I was helping the act perform better by doing background music … being part of that, yeah, it was very enjoyable.”