STATEN ISLAND - Superlatives just won’t suffice when trying to describe the running exploits of Tri-Valley junior Adam Furman. After a mammoth cross-country season in which he finished a close … 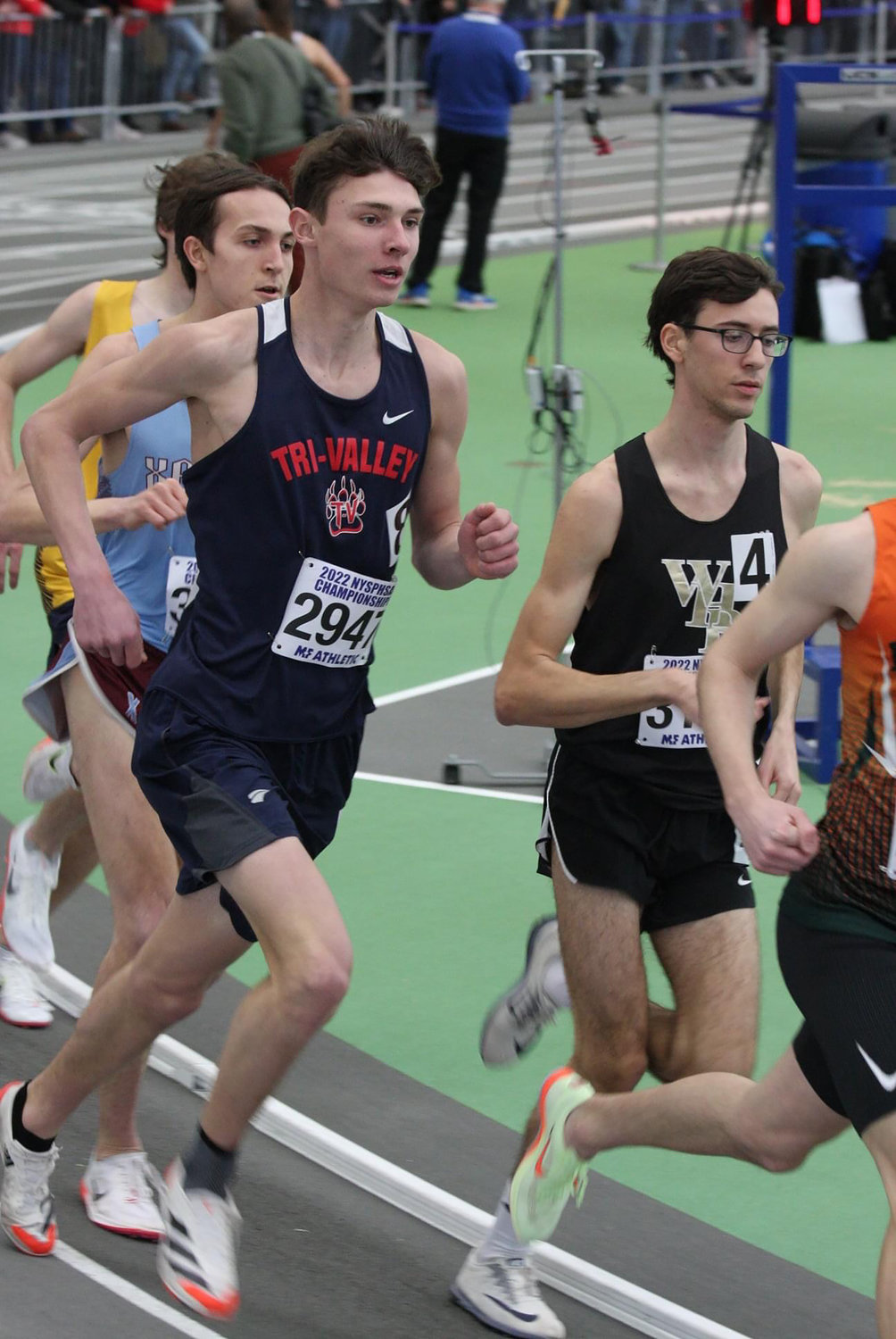 Adam Furman takes to the track in the state championships at Ocean Breeze and makes school history.
Contributed Photo 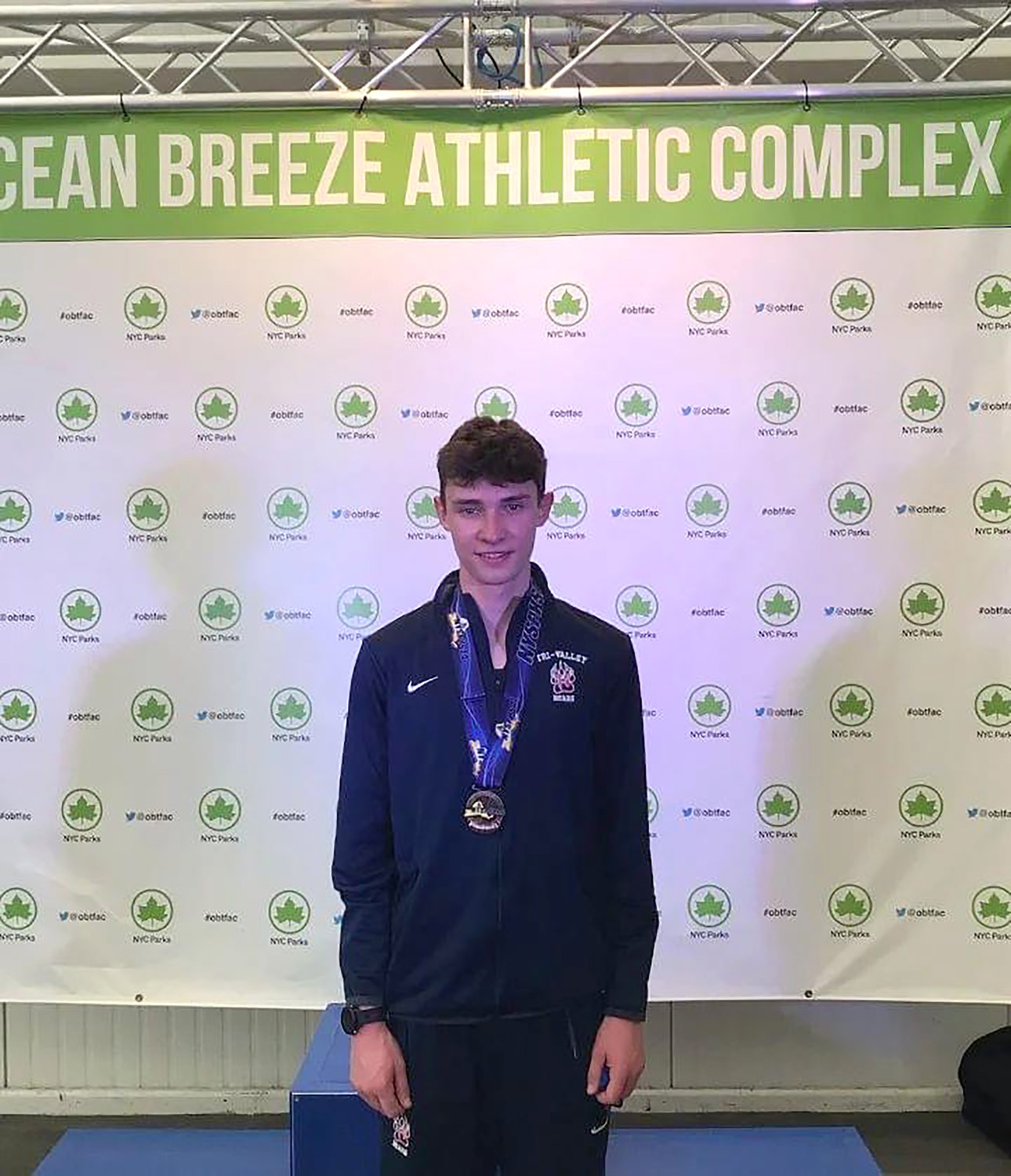 Tri-Valley junior Adam Furman poses with his medal from the 3200 in the NYSPHSAA/Federation race. He was the top junior among state contenders finishing sixth in NYSPHAA and tenth including Federation runners. He also broke a 23-year old school record.
Contributed Photo
Previous Next
Posted Tuesday, March 8, 2022 6:20 am
Richard A. Ross

STATEN ISLAND - Superlatives just won’t suffice when trying to describe the running exploits of Tri-Valley junior Adam Furman. After a mammoth cross-country season in which he finished a close second in the state meet and helped his team garner a state title, came an indoor season wherein, competitive opportunities were severely limited due to the loss of West Point as Section IX’s indoor venue.

Astoundingly, there was no sectional meet, only the division championships which he easily vanquished. Given all of that and that the majority of his training was comprised of running against county kids at Sullivan County Community College it is beyond imagination that the stalwart runner finished sixth among NYSPHSAA contenders and 10th when you factor in the Federation runners from NYC’s Public School Athletic League (PSAL), the Catholic High School Athletic Association (CHSAA) and the New York State Athletic Association of Independent Schools (NYAAIS).

Furman turned in a blistering time of 9:18.85 In a race in which the state indoor record was broken by the top three runners, where the top four finishers are now ranked in the top ten of the nation and where a sub-nine minute time was hit for the first time in nine years, Furman was the lone junior in the NYSPHSAA among the top finishers.

The only other junior ahead of him was Sebastian Margetts of the UN International School, who did not figure into the NYSPHSAA medalists. He beat Furman by a mere two seconds, and you can bet that in next year’s Federation race, Furman will have that memory in mind. Four of the runners ahead of him were Federation contenders, thus resulting in his sixth-place finish in the NYS aggregate.

On top of that, Furman broke a 23-year old Tri-Valley school record of 9:20.62 set by Joe Iatauro in 1999. Furman will be heading to the New Balance Nationals at the Armory on March 11. Adam’s spring exploits will include competing in the 3200 at the Penn Relays. Stay tuned, because when it comes to this amazing young runner, the best is yet to come.