MONTICELLO - With New York State schools getting the go-ahead to begin planning for the start of non-contact, low-risk sports on September 21st, Monticello High School is looking forward to resuming … 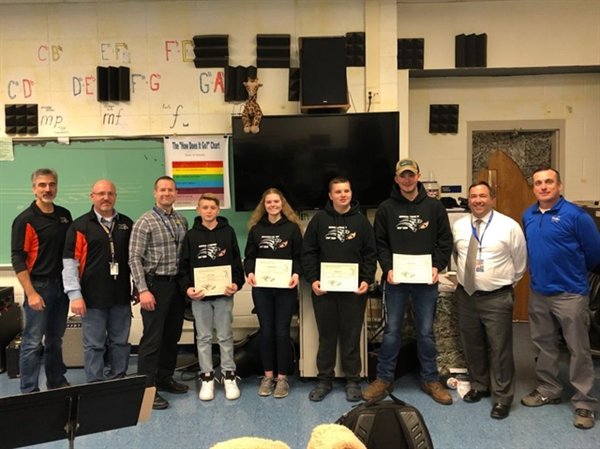 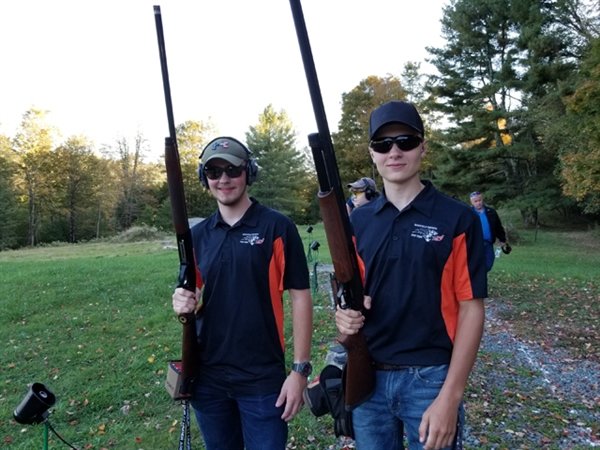 MONTICELLO - With New York State schools getting the go-ahead to begin planning for the start of non-contact, low-risk sports on September 21st, Monticello High School is looking forward to resuming its place in the groundbreaking USA High School Clay Target League.

Before all school sports were canceled last spring, New York State had almost 100 schools planning to take part in the league this year - up from the 19 schools participating in 2017 when Monticello first joined. The New York State chapter has outlined a modified fall season schedule to provide the most opportunities for schools, teams and athletes to participate.

Monticello's team members are among over 30,000 students participating in the program across 25 states. According to head coach Jay Mendels, the athletes are anxious to get back to the range, and understand there are new precautions that need to be followed.

“We focus heavily on firearm safety, and now will be reinforcing all required CDC safety precautions as well. Fortunately, trap already has participants distanced from each other, and they bring their own equipment which minimizes any potential contact between students. Athletics and activities are important to the kids in light of the hardships that have been thrown upon them recently. We're very glad to see things moving in a positive direction with the fall season, and appreciate having use of a facility that understands the importance of youth shooting sports programs.” All of Monticello's practices and matches are held at the Sullivan County Conservation Club.

Last spring, the team had 25 students registered before the season was canceled. Mendels notes that registration for the present season is still underway, but all past students are invited back.

“The limited fall schedule set in place by the state will drastically reduce the amount of time we have to work with inexperienced participants, so we encourage those new to the sport to wait to join us for the spring season when we'll have more room and more time.”

Aside from this, trap is an equal-opportunity sport where gender, size, speed and agility place no limits on who can join. “All of our team members get to fully participate every time we meet - there are no benchwarmers”, says Mendels. Team member and multi-sport athlete Kaitlyn Miller adds, “My favorite aspect about trap shooting is that it's more of a mental challenge than a physical challenge.”

Her friend and teammate, Cavan Leaney-Levenson, is also happy that trap became a school sport. “It takes training, practice, hard work, and skill just as much as any other sport”, she says, adding that she first joined because it sounded like fun and she liked the idea of being one of the first girls on the team.

While the number of teams throughout New York continues to grow at a fast pace, Monticello is still the only area school participating at this time. That's not a problem though, as all teams meet at their home field and submit their scores online to be matched against other school teams of similar size throughout the state. The League calls for participating school teams to follow a strict policy prioritizing “Safety” and “Fun” for the participants to keep everyone involved.

One of the team's leading scorers, Carson Somers, agrees. “I feel that Trap being offered as a school sport is very important because it not only helps the sport grow, but also teaches students about the importance of firearm safety.” In order to keep so many students actively participating on the team, the costs for ammunition and targets run high.

Mendels is proud to point out that the program continues to receive donations from the community, and has been the recipient of recent NRA grants. He adds, “The Sullivan County Friends of the NRA works hard to raise money locally - money that stays in the community to help the NRA Foundation fund youth programs such as ours.”

Mendels also runs a summer youth shooting sports program through the Conservation Club that just wrapped up its 11th year. He noted that they had almost 30 kids involved in the July and August summer sessions, learning important firearm safety skills and enjoying supervised instruction in .22 rifle and trap shooting. This summer also featured an “Intro to Trap” class - perhaps to pique the interest of future team members.