The column about “scoopers” a few weeks back generated so much interest and comment, it seemed a follow-up might be in order.

As mentioned in the earlier column, the term … 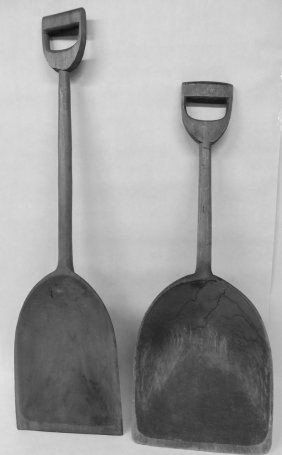 The hand carving of wooden scoops was once a popular industry in the remote areas of Sullivan County. The simple lifestyle of the carvers gave rise to the use of the term “scooper” as a synonym for hillbilly.
Contributed photo
Posted Friday, January 14, 2022 7:00 am
John Conway

The column about “scoopers” a few weeks back generated so much interest and comment, it seemed a follow-up might be in order.

As mentioned in the earlier column, the term “scooper” is traditionally used in parts of Sullivan County as a pejorative description for a person from the backwoods who lacks sophistication, education, or ambition, as sort of a synonym for “hillbilly.”

Although a number of explanations have been put forth over the years for the origin of the term, the fact is that—in Sullivan County, at least-- it was originally used to refer to the people involved in making wooden scoops or shovels, which was a popular home-based industry in the area during the 19th century. Most of those engaged in that industry were uneducated, lived in relative isolation in the hills, and were crude and rough-hewn. Since the wooden tools they hand carved were typically traded to local stores for other items, with no cash changing hands, they were also usually dirt poor.

Further documentation for the origin of the term “scooper” being used to describe folks who didn’t actually engage in the making of scoops comes from an October 29, 1938 article in the Middletown Times Herald (before it merged with the Middletown Record).

Under a Livingston Manor dateline, the article by reporter Harry L. Ober was headlined: “Scoopers: Once Famous Handicraft Dying in Sullivan.”

There followed a brief history of scoop making in Sullivan County, a craft, the article notes, that was traditionally centered in the Beaverkill-Willowemoc area, and an explanation of how the term “scooper” had become a popular colloquial slur.

“The importance of scoop making in the county is indicated by its inclusion in local vernacular,” Ober wrote. “In various parts of New York State, a rural dweller may be called various things—among them hillbilly, bushwhacker, mountain folks. In western Sullivan, it’s woodchuck. But in the rest of the county, the word is scooper.”

The article goes on to note that the use of the term was supposedly coined by the owner of a Monticello department store, who bartered for scoops from scoop makers from the hills “as recently as twenty years ago.”

The term’s popularity grew in the intervening two decades, Ober explained, while also claiming that the scoop makers “don’t mind it.” And then he delivered an even more interesting anecdote.

“While the term has been bandied about in that score of years with considerable consistency, it never received official recognition until June, 1937, when Douglas Banks, formerly a resident of Benton Hollow, which lies between Livingston Manor and Parksville, was being tried in County Court in Monticello for murder in the first degree,” Ober wrote.

“He was charged with having fled after murdering a man on the street in Parksville in 1921. Early in 1937, Banks, who had spent the intervening sixteen years as a seaman, got hungry and conscience-ridden, and gave himself up.

“Witnesses for the defense included men who had been neighbors of Banks and appeared to support the latter’s contention that he had shot in self-defense—a defense that led to his subsequent acquittal, incidentally.

“In his summation, District Attorney William Deckleman, in aspersing the credibility of these witnesses, entered on the court record the word many spectators anticipated he would use.

“‘These witnesses,’ the prosecutor depicted, ‘these SCOOPERS…’ “There was no indication they were actually scoop makers. They seemed, in appearance, to match the tacitly understood description of the scoop maker. No reflection on the scoop maker was intended, surely. Those witnesses appeared to be—well, scoopers!”

Of course, by 1938, scoop making had become a lost art, as the wooden implements, once popularly used in breweries, granaries, and powder plants, were gradually phased out after World War I. The Times Herald article notes that once elderly men--- and a few women-- named Soules and Conklin and Decker passed on, there would be no young people to take their place.

So, while there are likely no scoop makers remaining around Sullivan County today, judging by the continued use of the term, there must still be plenty of scoopers here.