When a bowler meets success with a change of equipment it shows up with better consistency and higher scoring.

Such was the case with Jon Wilhelm Sr. several years ago when he just could not get … 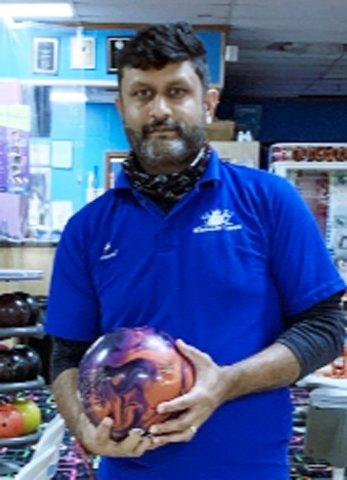 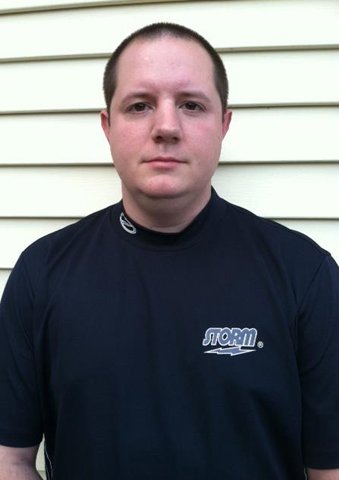 When a bowler meets success with a change of equipment it shows up with better consistency and higher scoring.

Such was the case with Jon Wilhelm Sr. several years ago when he just could not get the read he wanted on the lanes with the reactive resin bowling balls he was using.

His decision was to switch to the urethane type ball and he liked the unique traits and feel that this ball gave him.

Urethane bowling balls are softer than other makes and this ball can be sanded or buffed to help limit the amount of hook if desired.

I tabbed Jon with the nickname Mr. Urethane after we talked about his change of bowling equipment and how it helped his game.

Forty-year-old Grahamsville bowler Jon Wilhelm Sr. never bowled in a youth league but started to bowl at the age of five and entered league bowling at the age of 21 in the 880 league at Ellenville Lanes with the Benson Agency team comprising of Jon, Pete and Chris Benson and John Stanforth.

He currently bowls in the Monday Men's and Tuesday Mixed Firefighter league, both at Kiamesha Lanes.

In the Tuesday Mixed Firefighter league he bowls with the Rock Hill F.D. #2 team with team members Tom Belgiovene, Kyle Giordano, his son Johathan Wilhelm Jr. and Steve Belgiovene. His current average in this league is 204. His highest season bowling average was 229.

He has bowled in 27 Professional Bowling Association (PBA) regional and national bowling tournaments and has been a member of the PBA since 2007.

Wilhelm is employed at the Galleria at Crystal Run in Middletown as a maintenance mechanic.

When asked about bowling in the COVID-19 Era Jon said, “bowling has gone good in this era,” but, “the biggest adjustment this year honestly has been the plugging of all balance and weight holes and, since I use only two fingers with no thumb, the United States Bowling Congress requires that all holes not being used on any particular ball must be filled.....so I have been adjusting to a slight difference on how the ball has a reaction down lane.”

Jon noted he does wear a mask when bowling.

Jon has been a certified Level 1 USBC youth coach since 2011. He was on the Advisory Staff of Storm Bowling for two years and presently serves on the staff in another capacity and has been sponsored by Storm for four years.

In his earlier years Jon was on the Junior Team USA baseball team in 1997 and spent time playing baseball in Puerto Rico for that national team. He also has coached the Saturday youth bowling league at Kiamesha Lanes for 10 years.

Jon is in a relationship with his girlfriend, Stephanie Iglesias.

Thirty-six year-old Kiamesha Lanes manager Bhavinkumar (Bobby) Patel has been bowling for only five years but he achieved the bowlers' dream on October 16 where he recorded his first 300 game in the Friday Mixed league.

Patel scored the 300 on lanes five and six using a Brunswick Mastermind Strategy bowling ball. He subs in this league and was bowling on the Let's Roll team with Valerie Mott, Helen McCombe, James Rowlette and Jenna Lee.

His current listed average on the Friday Mixed league standing sheet is 205, 185 in the Monday Men's and 193 in the Tuesday Mixed Firefighter league.

He is a regular team member in the Monday Men's league and the Tuesday Mixed Firefighter league and subs in the Friday Mixed league.

He stated “yes” to the question of were all the strikes in the pocket.

Bobby's total series for the night was 677.

Patel is married and the family has one child.

This week we will talk about the release and offer information that will help bowlers of all levels.

A properly executed release is possibly one of the most understood parts of a bowling shot. Most bowlers want to muscle the ball through the release zone and they do this by accelerating or decelerating on the downswing.

The proper release for all bowlers is executed by letting gravity bring the ball from the top of the swing through the release zone with no interference from your arm or shoulder muscles.

If the ball fits properly, the gravity will take it off your hand at the right time providing your body is in the proper position. Any rotation on the ball should come from your hand only....not your arm.

Using the proper technique will allow you to get as much rotation on the ball as desired.

When your bowling ball does not fit properly this is where it will require excessive grip pressure to hold on to which will make the release harder to execute.

Gravity can be your best friend or worst enemy depending on how you use it.

Ed Townsend is a Public Relations Consultant to the sport of bowling and brings over 60 years of sports journalism experience in writing and compiling the information for this column. If you have league or tournament information, bowl a 300 game or 800 series, let Ed know at 845-439-8177, email at bght75@gmail.com or fax at 845-205-4474. View this column and Ed's photos at http://bght.blogspot.com We are also on Facebook and Twitter.