SULLIVAN COUNTY — Sullivan County emergency response agencies responded to at least four calls on Monday for motor vehicle accidents, including a pedestrian being struck by a cement truck in … 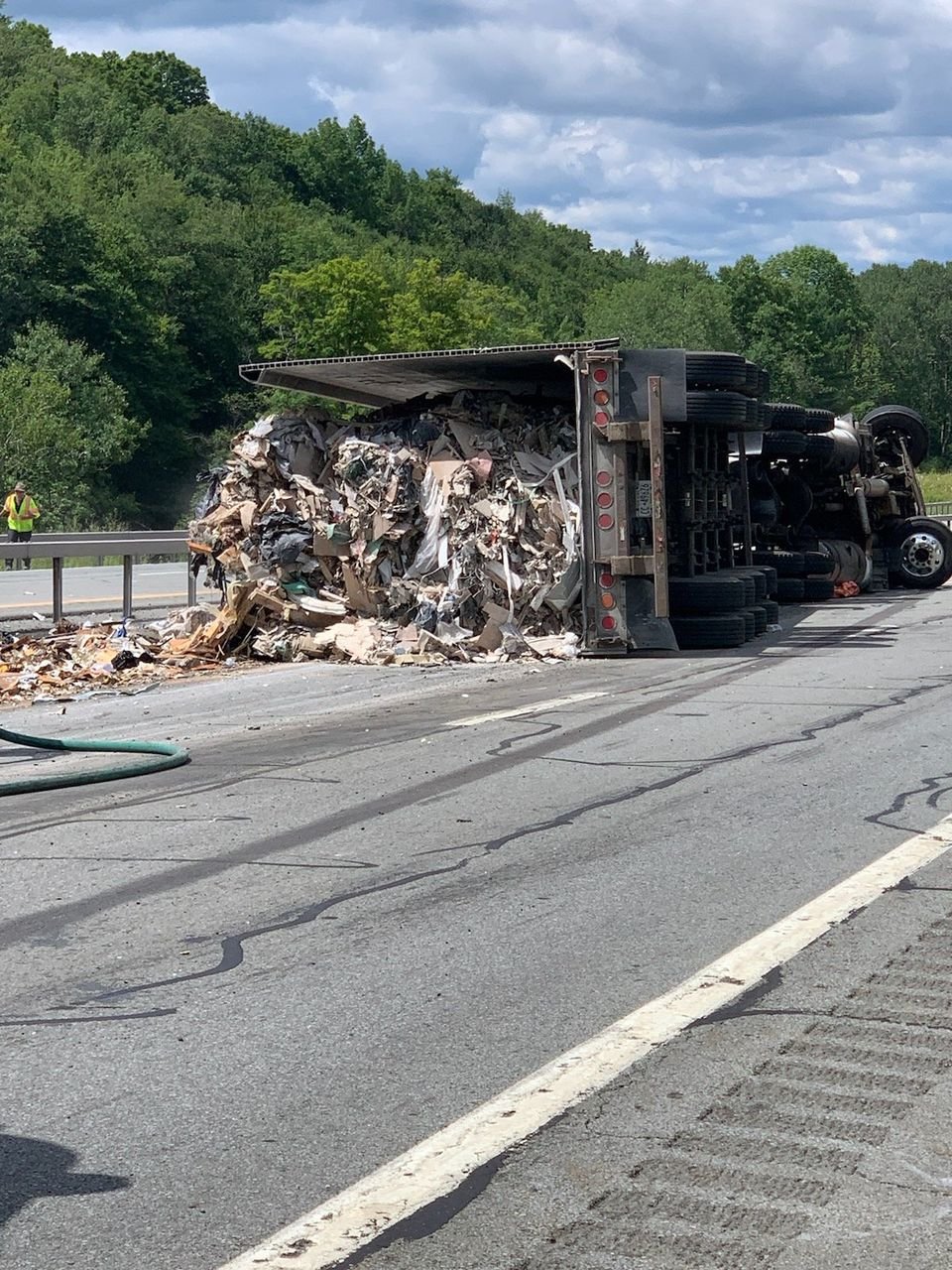 A tractor trailer overturned on State Route 17, causing debris and over 50 gallons of diesel fuel to spill the roadway.
Contributed photo 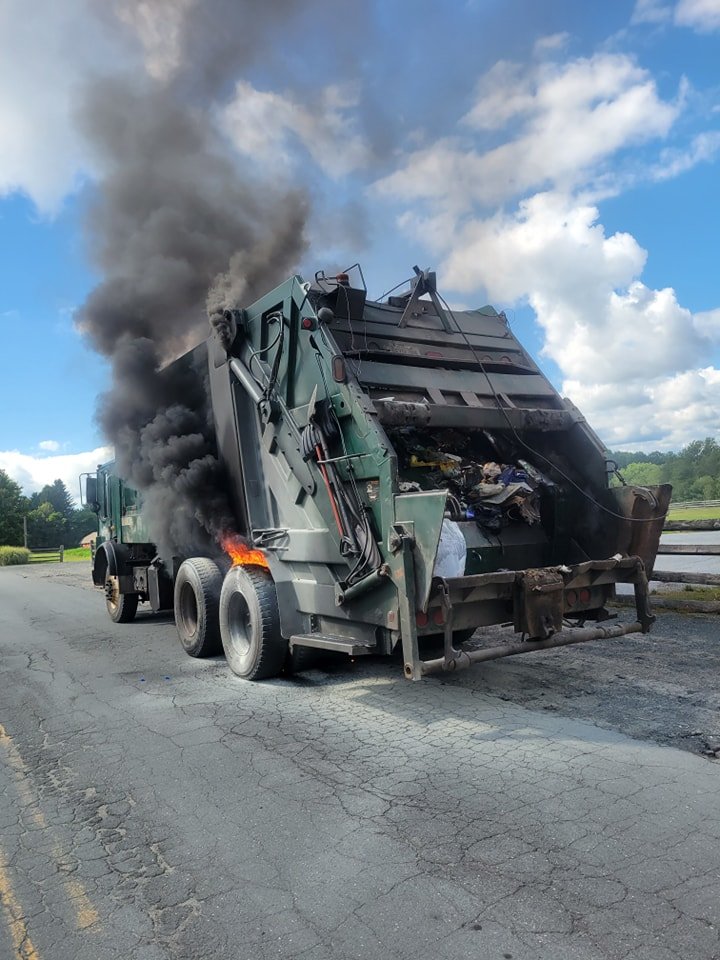 At right, Sullivan County emergency response agencies responded to a number of vehicle-based incidents over the last weekend of July.
Contributed photo
Previous Next
Posted Friday, August 5, 2022 6:10 am
By Derek Kirk

SULLIVAN COUNTY — Sullivan County emergency response agencies responded to at least four calls on Monday for motor vehicle accidents, including a pedestrian being struck by a cement truck in Liberty, a garbage truck catching fire in Kauneonga Lake and a tractor trailer overturning on State Route 17.

Authorities say that a motor vehicle collision resulted in the injury of a pedestrian after they were struck by a heavy-load bearing vehicle at approximately 12:32 pm on Monday, August 1 at the intersection of Sullivan Avenue and State Route 52 in the Village of Liberty.

Village of Liberty Police Chief Steven D’Agata confirmed the accident and said the extent of the pedestrian’s injuries are still being evaluated.

The pedestrian was airlifted to Albany Medical Center. The Village of Liberty police are withholding the names of the driver and the victim at this time.

The agencies that responded to the scene were the Village of Liberty Police Department, the Sullivan County Sheriff’s Office, the New York State Police, the Liberty Fire Department and Catskills Hatzalah.

The cause of the collision is still currently under investigation.

In a report from NYSDOH, last updated in 2016, there were on average 3,027 hospitalizations each year due to motor vehicle traffic-related pedestrian injuries, hospitalizing 15.4 of every 100,000 New Yorkers. The rates were highest for males and New Yorkers 65 and older.

It was reported by New York State Police that a tractor trailer rollover caused a spill of diesel fuel and contents being transported on State Route 17 on Monday, August 1.

State Police confirmed that the operator of the vehicle suffered a shoulder injury and a head laceration. He was transported to Garnet Medical Center Catskill.

The New York State Department of Transportation was notified of the damage caused to a guide rail.

Firefighters stabilized the vehicle and turned off the ignition.

Later that day, the same units were called around 3:30 pm to the scene of a vehicle fire involving a garbage truck.

Emergency response personnel extinguished the fire, although further information was not available as of press time.