It was April of 1777, and America’s War of Independence, which had started almost exactly two years before with the fighting at Lexington and Concord in Massachusetts, had long since reached … 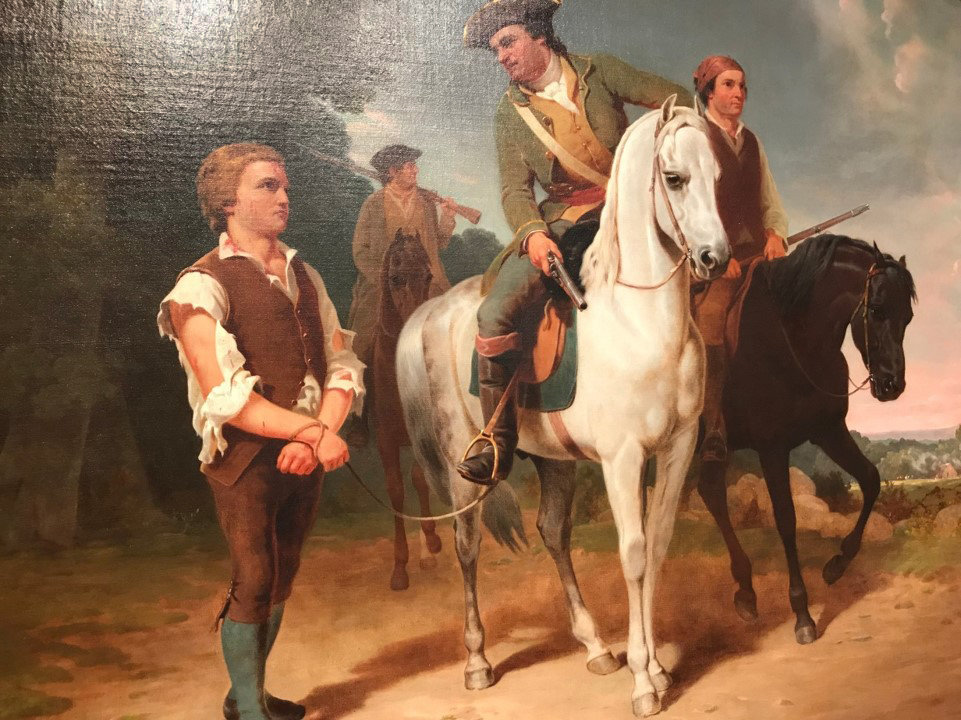 During the Revolutionary War, patriot “scouts” from Orange County made frequent visits to the upper Delaware seeking reprisals against the Loyalists who resided there, arresting or killing those they found.
Contributed photo
Posted Friday, April 22, 2022 7:00 am
John Conway

It was April of 1777, and America’s War of Independence, which had started almost exactly two years before with the fighting at Lexington and Concord in Massachusetts, had long since reached the upper Delaware River valley.

While there was not open warfare in the upper Delaware, and no actual battles save for the Battle of Minisink in July of 1779, the divided loyalties among the settlers and the enmity that had developed as a result did lead to periodic atrocities perpetrated by both sides.

By that time, most of the settlers who remained in the Cushetunk settlement, on both sides of the Delaware River, were mostly all Tories, loyal to the British government, almost all of the Patriots having sought the safety of other areas, either in Orange County or in Connecticut. Among the Tories who remained in Cushetunk was a man named Bryant Kane, who lived with his family on the New York side of the Delaware near present day Cochecton. Among his neighbors was the magistrate Robert Land, who lived with his family directly across the river.

Like his neighbor and fellow Tory, Land, Bryant Kane learned that Patriot scouts from Orange County, under the guidance of former Cushetunk resident Bezaleel Tyler, were looking for him, and fearing that he would be arrested or killed, he disappeared, seeking refuge among one of the Iroquois tribes who were likewise aligned with the British.

“Before leaving, Kane employed a named Flowers to stay with his family and attend to his business,” James Eldridge Quinlan wrote in his “History of Sullivan County” published in 1873. “He hoped no harm would befall his wife and little children, as the scouts had not been known to injure the helpless and harmless, and it was hardly supposed the savages would disturb the families of their friends.”

But Kane had seriously miscalculated, and in April of 1777 his family was wiped out by a group of Native Americans, possibly members of the Oneida nation, who were fighting on the side of the Americans, and who, according to Quinlan’s account, “performed their bloody work at night, and disappeared before morning.”

The same fate would have no doubt befallen the family of Robert Land, who had also left the settlement upon hearing of the impending incursion by Tyler and his scouts, leaving his family alone. Land, who carried dispatches for the British military throughout the war, fled to New York City, where he would have his own troubles, and was not aware that his family had been spared from the fate the Kanes had suffered by a friendly Native American who had awakened one of the Land children in the middle of the night and advised the family to flee.

There are many other incidents that illustrate the enmity that developed among the neighbors in the Cushetunk settlement as the Revolutionary War raged on, including the murders by Tyler and his scouts of men named Handy and Payne. In the case of each of those men, they were rumored to be Tories, and may well in fact have been, but they were killed on the spot when they were apprehended, without the benefit of a trial. Their murders were so sudden and cold-blooded that even some of Tyler’s scouts were appalled by them.

It has been said that the Revolutionary War was America’s first civil war and nowhere was that more evident than in the upper Delaware River valley. The stories of the Kane and Land families, and of the murders of Handy and Payne, are just some of many stories about the Cushetunk settlement to be discussed in the upcoming Highland History Hike at the Minisink Battleground at 2 p.m. on Sunday, April 24.

These stories will augment a narrative about the battle itself, a particularly disastrous day for the patriots in which Cushetunk residents fought on both sides. The hike, sponsored by Barryville based non-profit history education group, The Delaware Company, will be narrated by this columnist, your Sullivan County Historian. It is the first in a series of programs being planned for the Battleground this year, and is free and open to the public.

John Conway is the Sullivan County Historian. Email him at jconway52@hotmail.com. He will lead and narrate the Highland History Hike at the Minisink Battleground at 2 p.m. on Sunday, April 24.