MONTICELLO –– Fifteen years ago Yenny Johanna Lozano Animero came to Monticello from Colombia, with only $20 in her pocket and a suitcase.

Today, she works with a nearby Migrant … 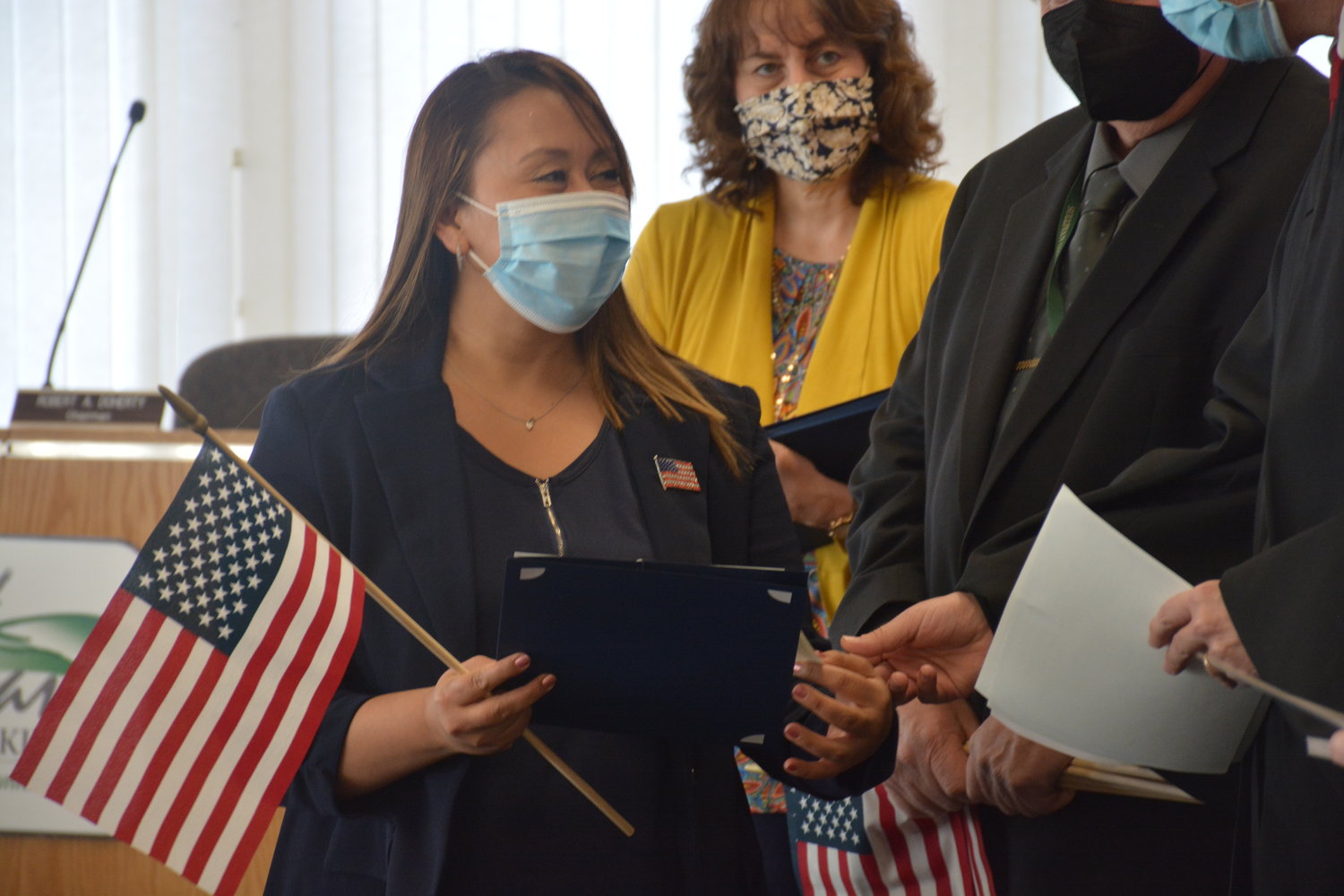 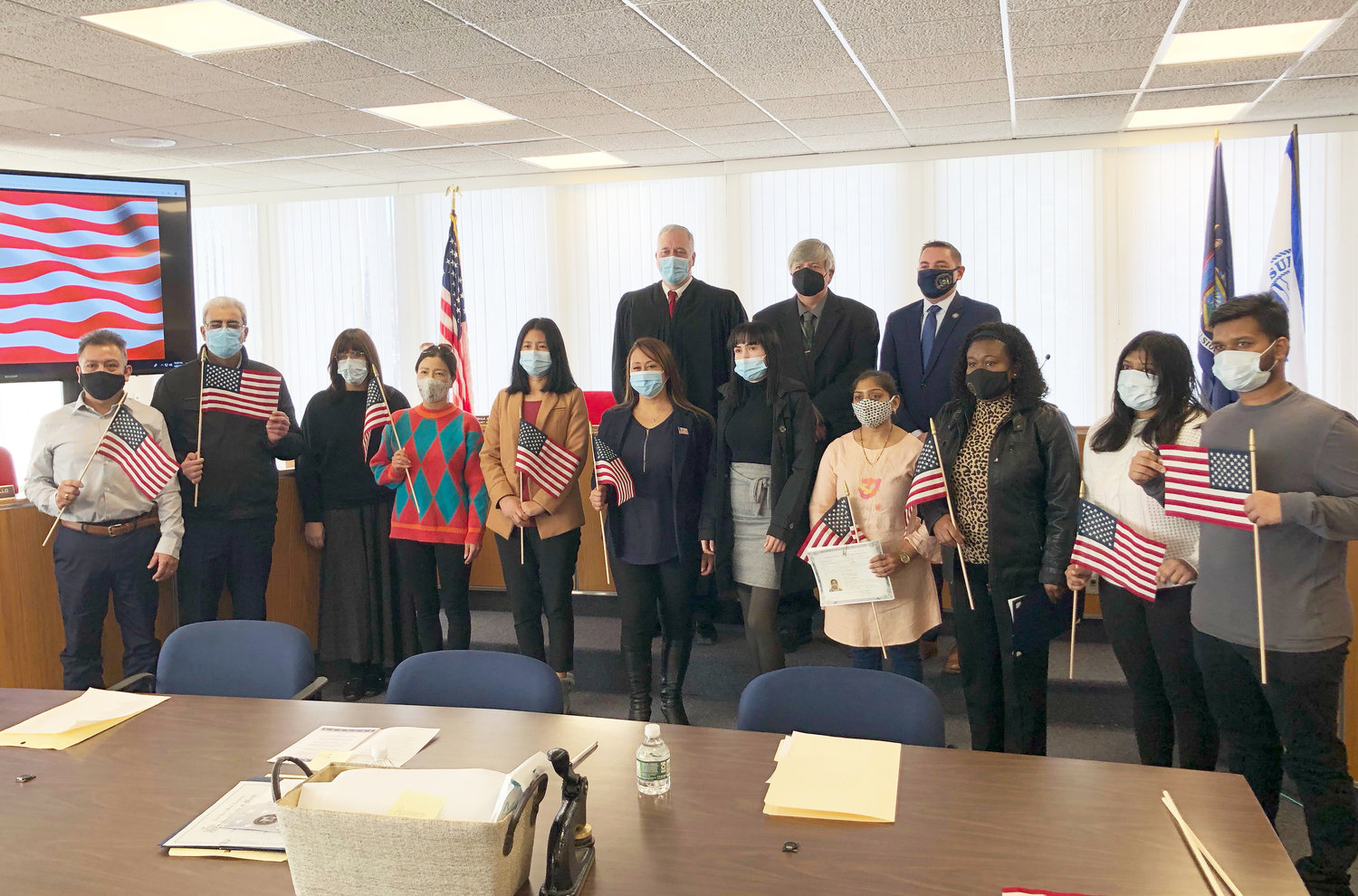 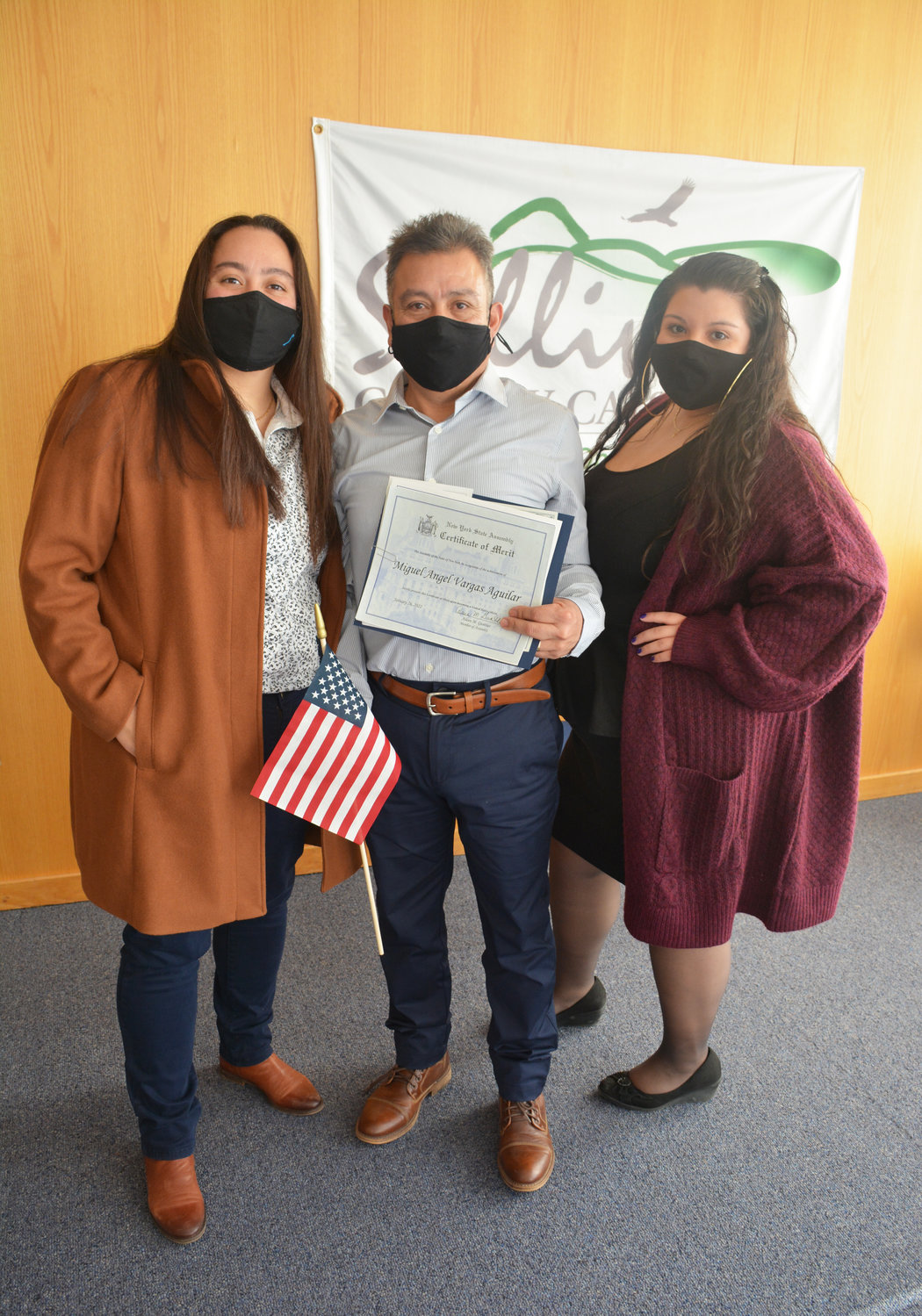 Miguel Angel Vargas Aguilar shows off his certificate with his two daughters Selena (at left) and Liliana, by his side.
Joseph Abraham | Democrat 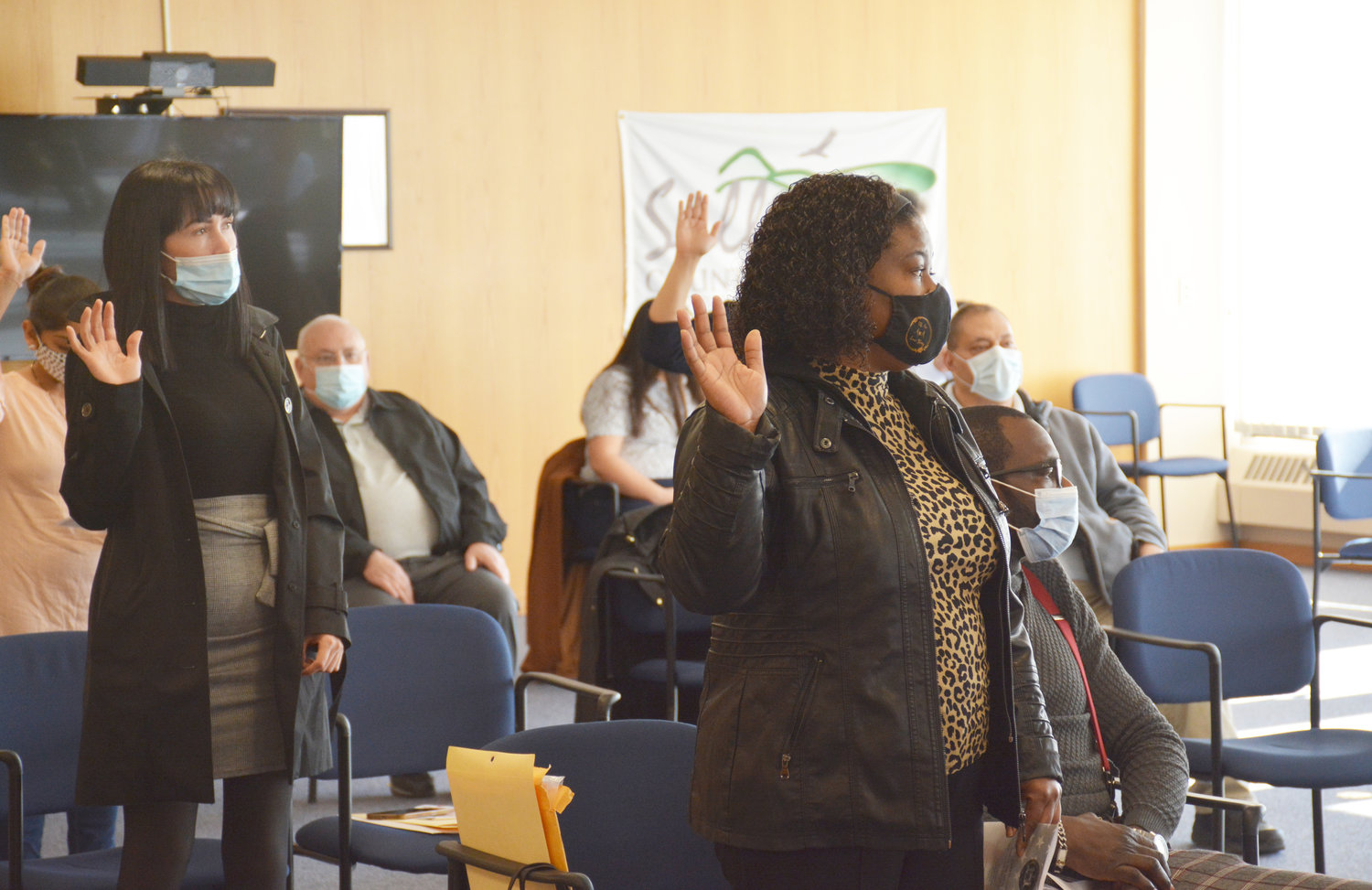 Before becoming citizens, those at a Naturalization Ceremony must first raise their right hand and recite the Oath of Allegiance, which on Wednesday, was administered by County Clerk Russell Reeves.
Joseph Abraham | Democrat
Previous Next
Posted Friday, January 28, 2022 6:17 am
By Joseph Abraham

MONTICELLO –– Fifteen years ago Yenny Johanna Lozano Animero came to Monticello from Colombia, with only $20 in her pocket and a suitcase.

Today, she works with a nearby Migrant Education Program, helping children in school.
“I just wanted to change my life and my families’ lives,” she said. “Now I’m helping children who are struggling and improving their lives.

"Here I am 15 years later, finally a citizen and with a totally different life.”

Thirteen individuals officially became United States citizens in a Naturalization Ceremony on Wednesday in the Legislative Hearing Room of the Government Center.

Yuliet, who works with the WIC program and is also from Colombia, told the Democrat that she’s been here for a decade.

“This is a big step in my life because we don’t have a lot of good opportunities in our countries,” she said, adding that she has a son and also wanted better for him.

Aguilar, who has been in Sullivan County since 1990 and works at Garnet Health Medical Center - Catskills as a facility technician, is originally from Guatemala.

“It means a lot,” he said. “I’m very glad to finally get to the end of this road and become a U.S. citizen, especially for my girls.”

Also in attendance was NYS Senator Mike Martucci who shared a few words.

“What makes this country the greatest country in the world is its diversity,” said Martucci, “and it’s the rich history of the people that make up this country that make it so special. So it is my esteemed honor to welcome you all as new citizens to this country.”

Martucci added that another reason America is so special is that you don’t have to be born here to be an American.

“To be American, you can do exactly what you've done and just come here and can contribute in a very significant way to what makes this country so wonderful.”