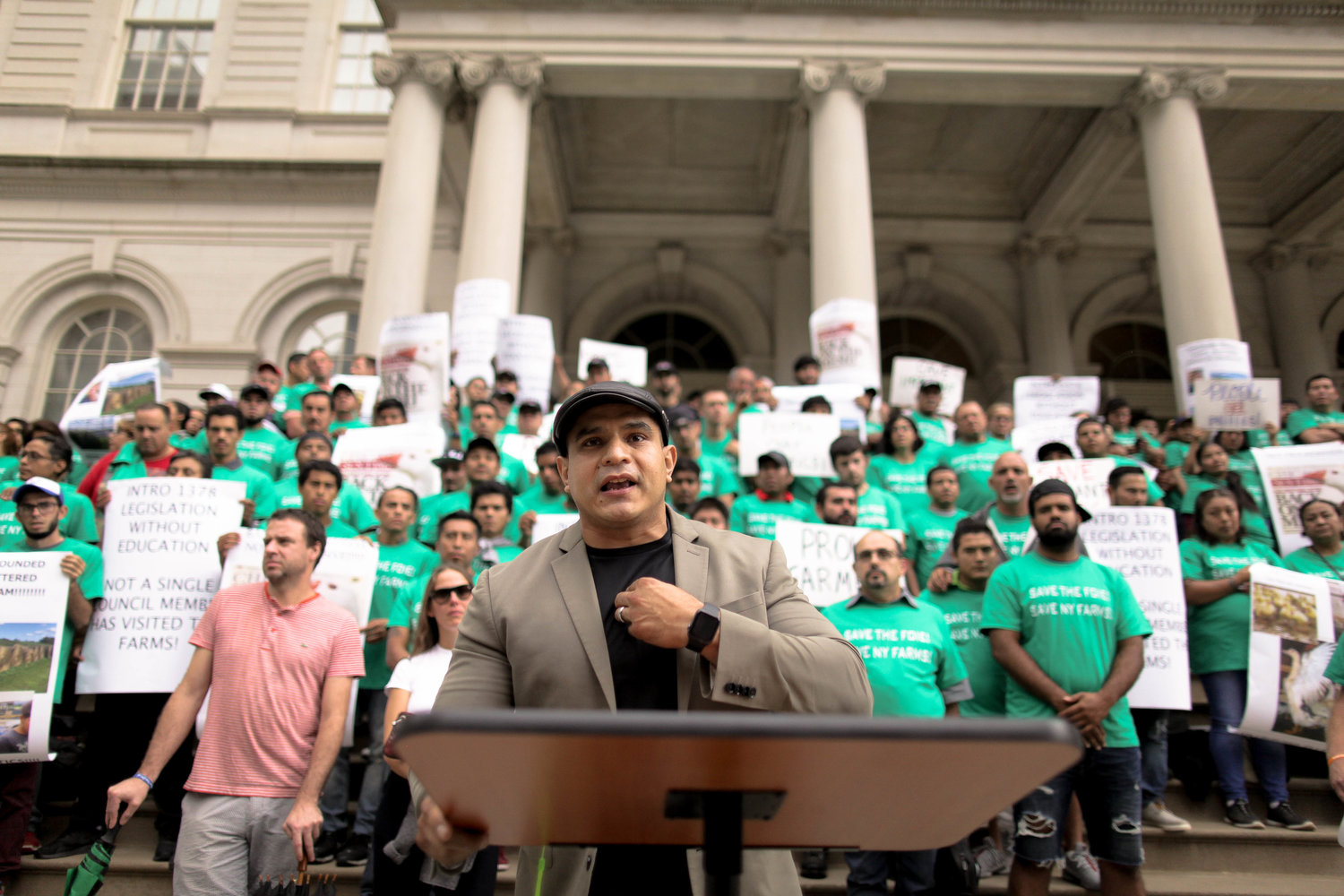 Sergio Saravia, President of La Belle Farms in Ferndale, seen here on the steps of City Hall in NYC in 2019, says it’s a huge relief that NYC’s ban on Foie Gras is on hold, but the fight is not over.
Patricio Robayo | Democrat
Posted Friday, September 23, 2022 7:32 am
Patricio Robayo

FERNDALE — Foie Gras farms in Sullivan County are reacting positively after the Supreme Court of the State of New York placed an injunction on New York City’s ban on selling the product in restaurants.

New York City’s ban on the sale of Foie Gras would have taken into effect this November.

According to the injunction placed by Honorable J. Machelle Sweeting, the sale of Foie Gras can continue in New York City while the courts examine the enforcement of the law.

Saravia said there is still a big fight ahead, and if the ban went into effect in November, “it would have been devastating. You’re talking about closing a third of our business.”

Foie gras comes from the livers of Moulard ducks, a hybrid species using Pekin and Muscovies ducks. The process of creating a fatty duck liver involves inserting a tube down the throat of the duck during its final weeks to fatten its liver.

While the injunction is in place, New York City will continue its fight on the total ban on the sale of Foie Gras within city limits.

Nick Paolucci, NYC Law Dept. spokesman, said, “While the court has paused the law while the case proceeds, the city will continue to defend it and is confident of prevailing.”