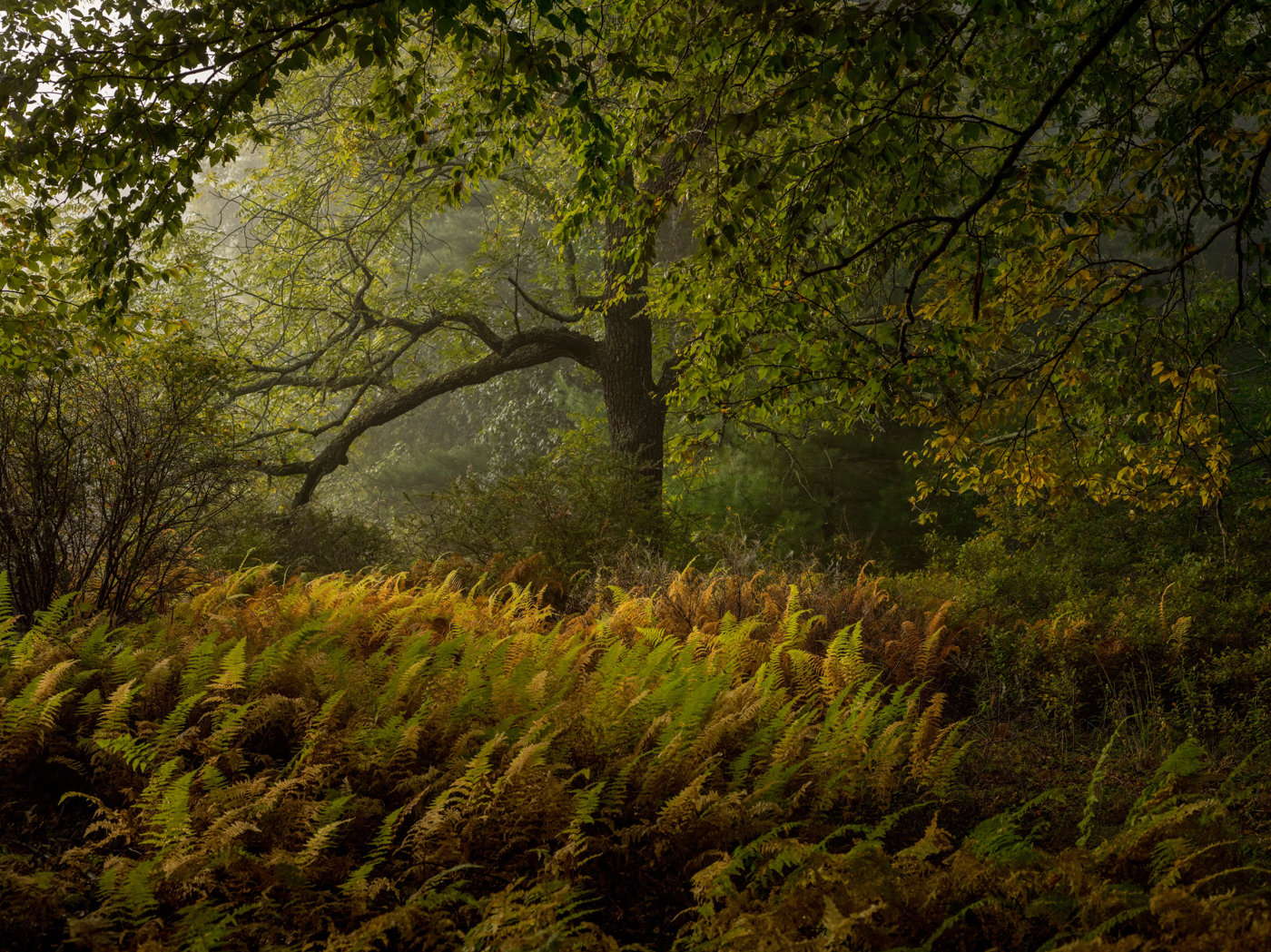 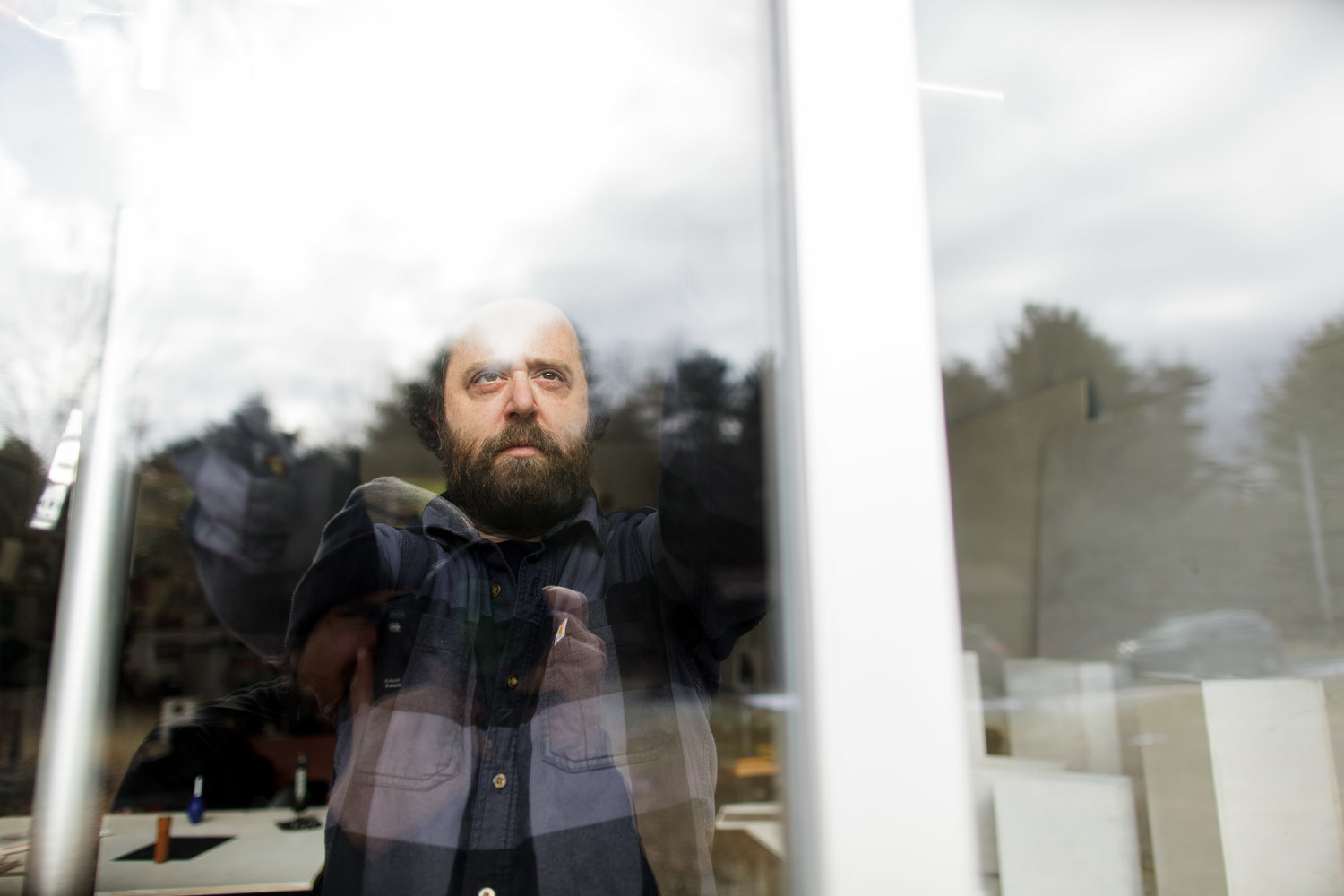 “A lot of my work is about observing a particular thing or place over time and seeing these subtle changes that occur,” said photographer Noah Kalina. His latest exhibit begins this weekend at the Catskill Art Society's The Laundry King on Saturday, September 11.

“Over Time” are two ongoing projects that Kalina has been working on over six years that are based in and around Lumberland, New York, "The Fog," and "The Great Outdoors."

Kalina is well-known for another time-based project, "Every Day" where he takes a self-portrait every day. Recently this body of work has reached a milestone of 20 years.

The project first debuted in 2006 in the form of a long-form video combining all the photographs taken over six years into one slideshow video set to music, and you watch Kalina age six years in minutes.

The 20th-anniversary video shows the depth of the project, and you watch Kalina go from his college dorm room at Visual Arts School to his studio in Brooklyn to his cabin in Lumberland. His haunting eyes stare, seemingly, directly at you as you watch the video and see Kalina age in a matter of minutes. You watch his skin age, the hairstyles come and go, locations change, even fleeting glimpses of people in the background.
When he first released the video in 2006, it went viral; when going viral was still a new thing, and it garnered not only commercial acclaim, but the art world took notice with several galleries displaying the project.

The project even touched pop culture when The Simpsons parodied the idea.

“I didn't even realize I was like making these time-based works for years,” said Kalina.

“It's interesting, these [photographs for the new show] kind of emerged out of other projects that were connected to other series that I was making, like my self-portrait project," added Kalina.

While revisiting the same location and photographing either the fog as it hovers over the ground or ferns on the ground that are catching the light as it peeks through the trees, Kalina says he reflected on his work and said, "It was all of a sudden, I was like, 'Oh, this makes perfect sense.' This is actually what I do. A lot of my work is about just observing a particular thing or place over time and just seeing these subtle changes occur.”
Over time runs until October 31, and masks will be required to see the show. Kalina will have an artist talk at

The Laundry King on September 11 between 3 p.m. and 4 p.m., and proof of vaccination will be required to attend the opening and artist talk.

While Kalina has had his self-made projects for years, he also has a healthy career as a commercial photographer with clients such as the Museum of Modern Art, Google, Gucci, Disney and The New York Times Magazine.

“Over Time” signals a shift in Kalina's work as he wants to focus solely on art-based projects.
“The whole travel thing and going around, I'm sort of phasing out of that,” said Kalina.

When Kalina is not out in the woods photographing, he keeps busy raising chickens or looking after his apple trees. He has also developed a weekly e-mail newsletter where Kalina covers topics such as finding the best gas station coffee in Sullivan County to insights and behind the scenes on his ongoing projects.

He also hosts a podcast with his friend Adam Lisagor, called “All Consuming,” where they review products found on the internet and “explore its space in our lives and its place in our culture.”

Kalina said, “I'm figuring it out. I've never kind of been happier with my existence; it's just a little stressful; these transitions are always kind of stressful. But the art, making art is really the goal, right? That's the whole thing.”