Off to the dance

SULLIVAN COUNTY – At the outset of the winter season, teams across the section have one common aspiration: to make it to the postseason and hopefully win at least one sectional game with the …

Off to the dance 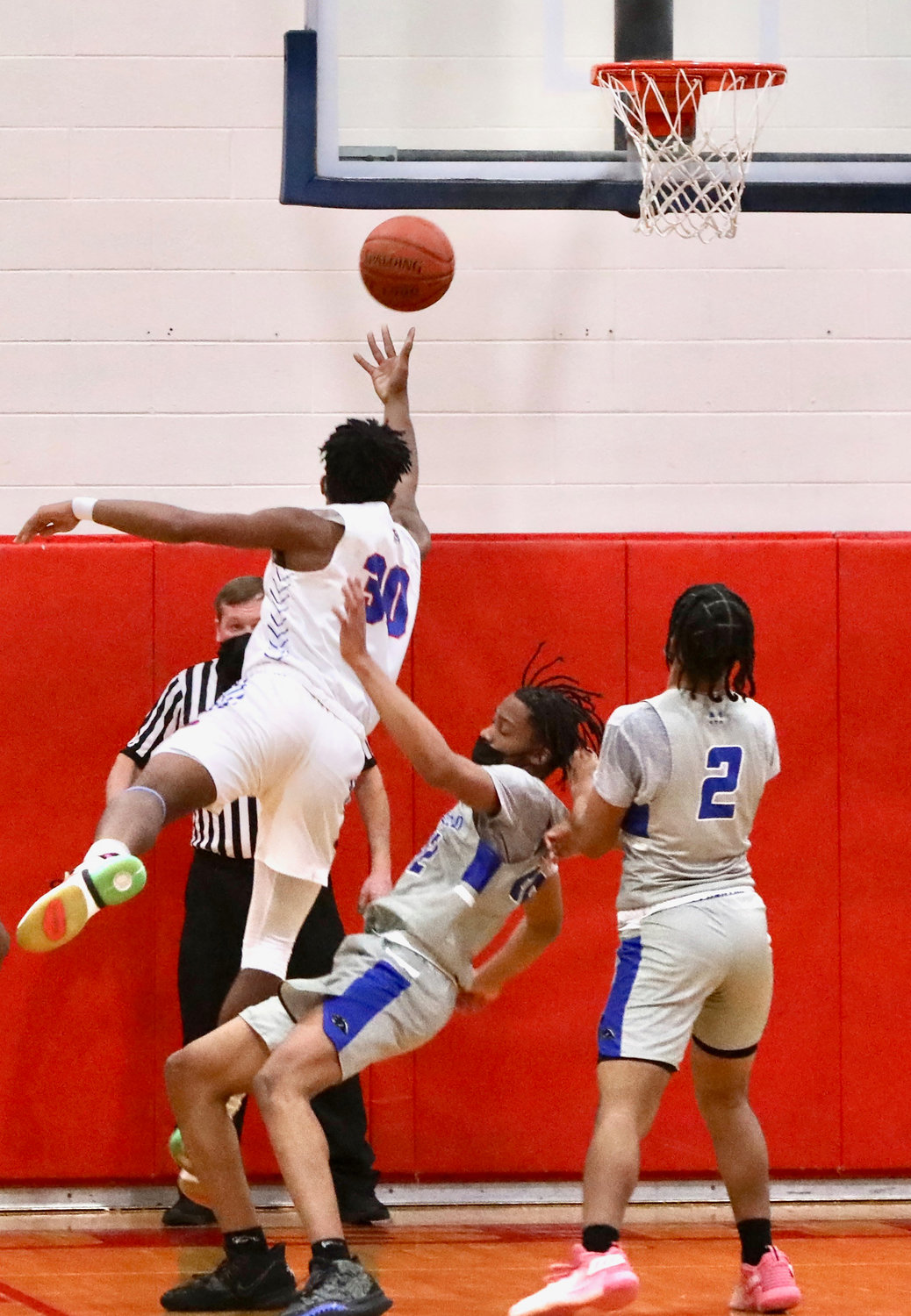 Monticello’s Dylan Hardy stands in and takes a charge from Goshen’s Dustin Hannibal in the Panthers’ tough 79-48 league loss to the Gladiators. The two teams could meet again in sectionals if Monticello wins its first round game.
Richard A. Ross | Democrat 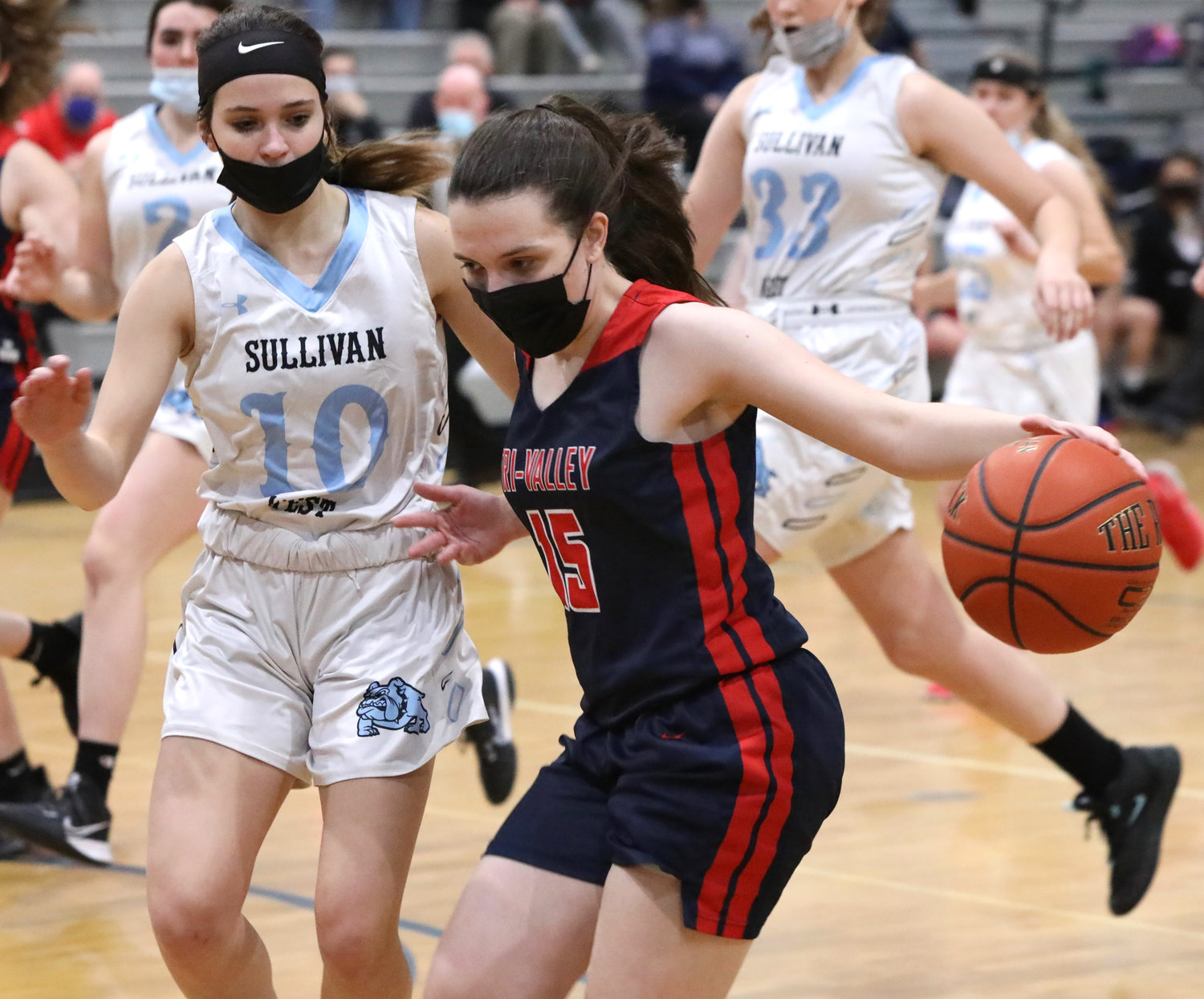 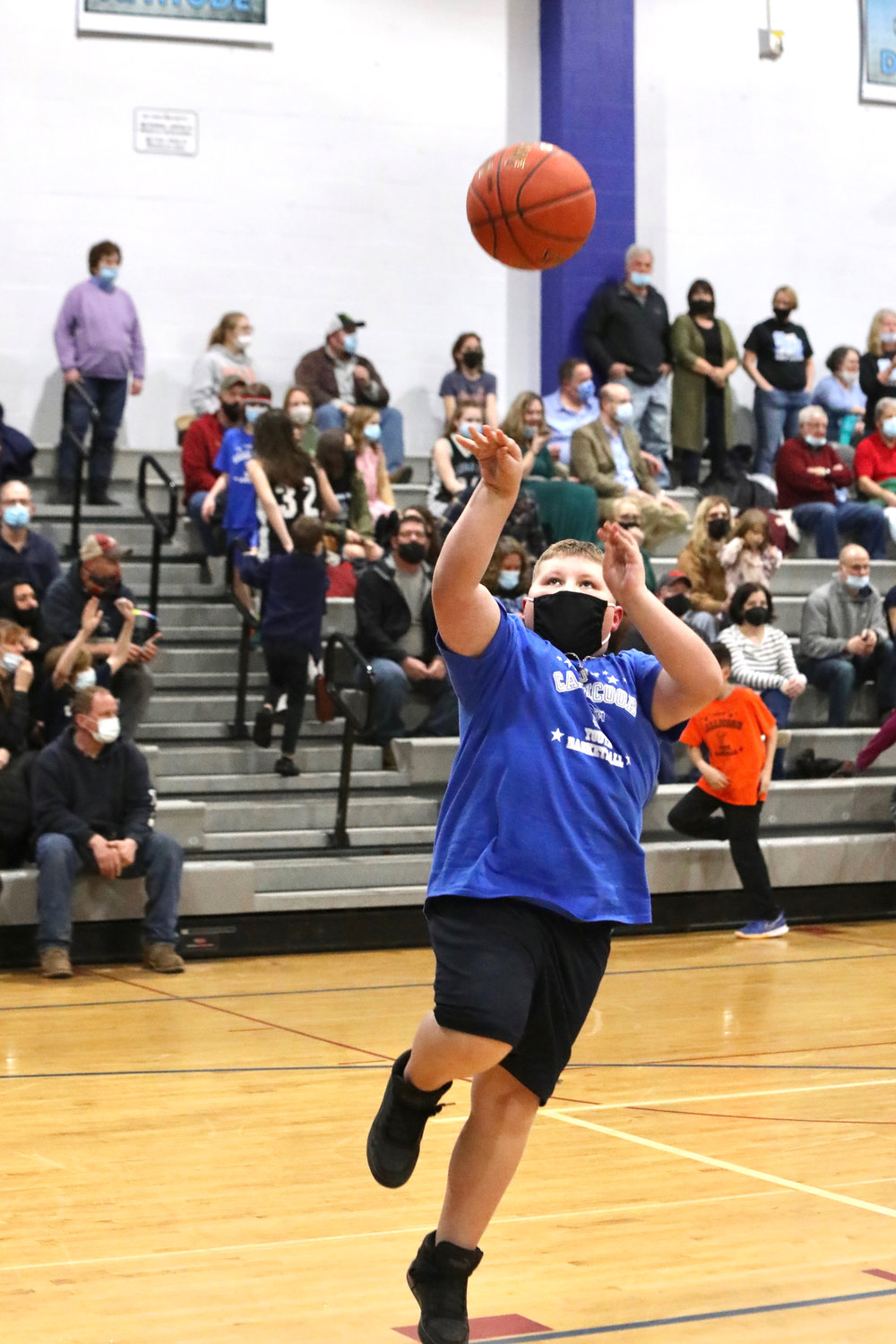 First, the future. Town of Callicoon basketball players joined the warm-ups before the game vs T-V.
Richard A. Ross | Democrat 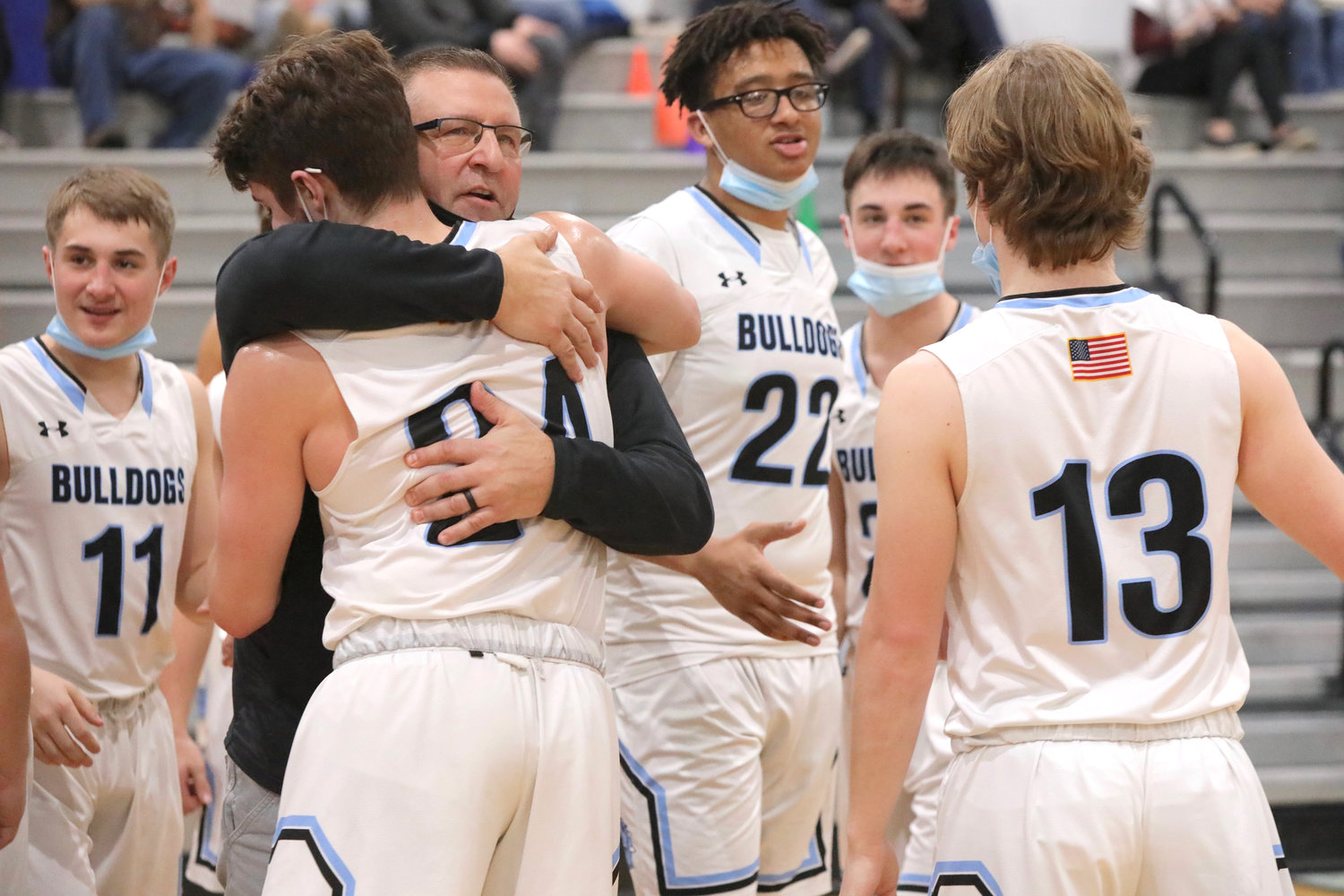 Then, the rite of passage. Sullivan West Coach John Meyer hugs each of the seniors at the end of the Bulldogs last game on their home floor. Pictured here he is clasping Dylan Sager in one of the special moments after the win over the Bears.
Richard A. Ross | Democrat
Previous Next
Posted Tuesday, February 22, 2022 6:20 am
Richard A. Ross

SULLIVAN COUNTY – At the outset of the winter season, teams across the section have one common aspiration: to make it to the postseason and hopefully win at least one sectional game with the chance to advance deeper into the tournament. Hopes for a Section IX title hinge on a team’s overall depth and talent and regular season success against the proven elite who are favored to prevail.

With last year’s basketball season wiped out thanks to the scourge of COVID-19, this year began as a reset for many programs featuring kids who were not playing at the varsity level two years ago. And if they were, their roles were muted behind the then upper-class veterans who claimed most of the minutes. So here we are at the end of the regular season and privy to which teams are passing into the golden gateway of the sectionals.

Leading the charge on the boys sides of the ledger is Class A Monticello. The Panthers finished at 11-9 (7-5) and are believed to be the four-seed in the coming tourney with a home game in the Pit a likely occurrence. Since the Class A picture is still not totally in focus with at least one team petitioning to get in, their opponent will not be finalized until the seedings are announced on February 24. They suffered a resounding 79-48 loss at Goshen in their last regular season game. The Gladiators were the only division foe to sweep them this season. Two years ago, Monticello lost to Goshen twice but came back to beat them 71-70 in the Class A semifinals. Coach Chris Russo will be sure to remind his players that despite the last outcome, a sectional rematch would start with the scoreboard at 0-0. If the Panthers win their opener at home, they will likely travel to No. 1 seeded Goshen in round two.

Sullivan West (Class C), finished up its week with a league win vs. Tri-Valley and a non-league thrashing at the hands of the O’Neill Raiders. The Bulldogs will go on the road to play a high seeded foe. They finished the regular season at 11-8 (2-4). Fallsburg is currently 5-6 and needed a win over Burke Catholic on Feb 21 to make it into the Class B dance. In Class D, Roscoe finished at 10-10 (5-1) and will have a home game to start.

On the girls side of the ledger, Monticello is one game shy of qualifying. They can get in with a win tonight at Eldred. They are currently at 9-10 overall. Eldred, 4-8 (3-1), will be in the Class D tourney and will likely face the winner of tonight’s Livingston Manor and Chapel Field clash. Sullivan West is the only other county girls team heading into the postseason. Their overall record was an impressive 12-5 but they struggled in league play at 2-4. The site of their first game still hinges on the seedings but a home game remains a possibility.

See the March 1 issue of the Sullivan County Democrat to find out about early tourney results and later week matchups.