MONTICELLO – The Lady Panthers hosted the Lady Yellowjackets of Eldred for a non-league matchup on Monday. The two teams battled throughout the game but it was the Lady Panthers that came out … 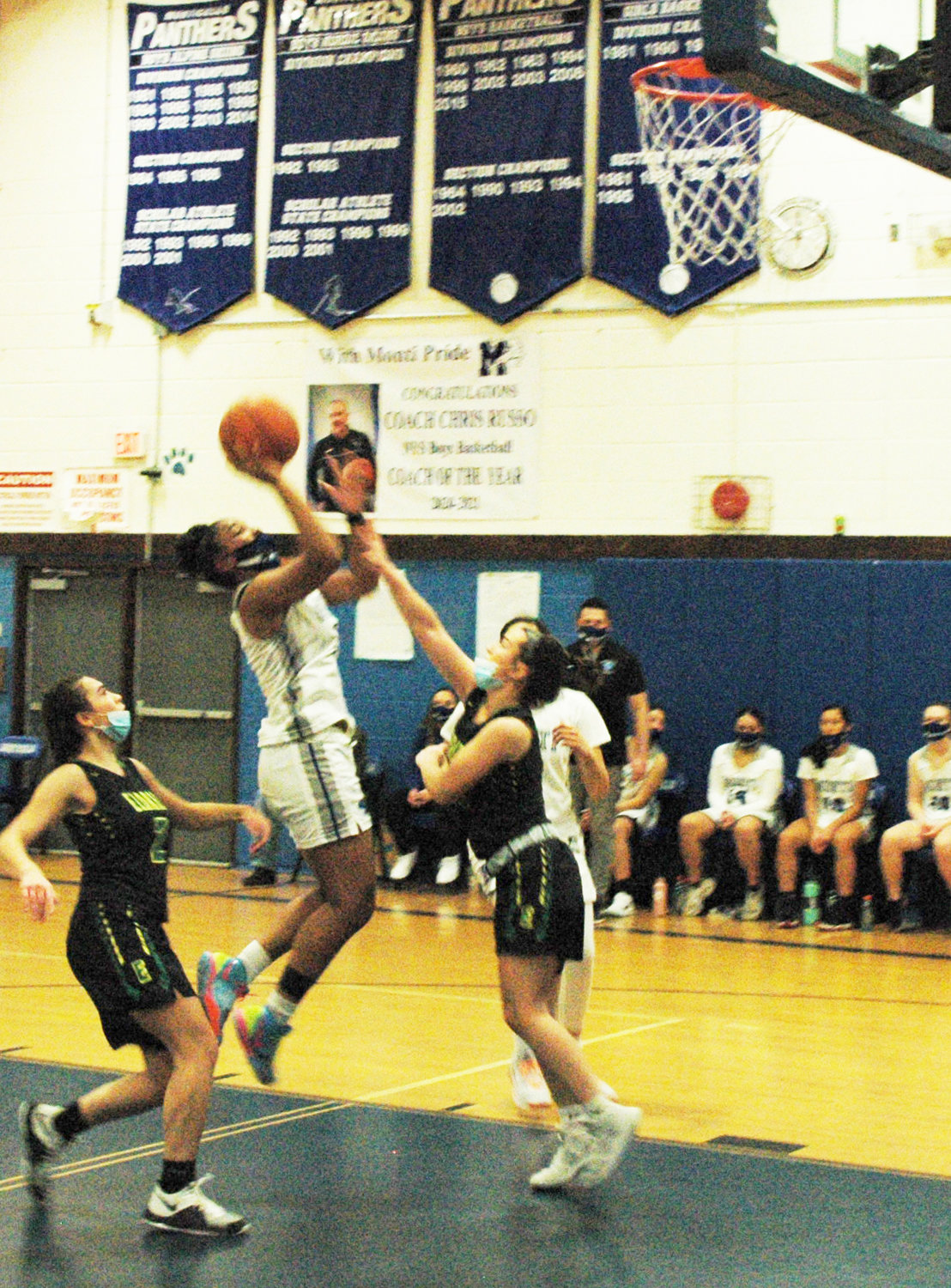 Aaliyah Mota finds a lane and extends for a floater. Mota led all scorers with 16 points in the non-league win over Eldred on Monday night.
Anthony Morgano | Democrat
Posted Friday, January 28, 2022 6:20 am
Anthony Morgano

MONTICELLO – The Lady Panthers hosted the Lady Yellowjackets of Eldred for a non-league matchup on Monday. The two teams battled throughout the game but it was the Lady Panthers that came out on top, 48-34.

Former Lady Yellowjackets’ coach Ryan Jasper is now leading the Monticello Lady Panthers. On facing his former team Jasper said, “It’s always fun and competitive when these teams meet. Their new coach, Jordan, is a former player of mine. She’s doing a great job and her and the team have a bright future.”

Eldred started the game off on a 5-2 run, but once Monticello settled into their offense they could not be stopped. The Lady Panthers set the pace throughout the first half, including a 28-2 run by the end of the second quarter, giving them a 30-7 lead at the break.

Monticello found success early with their free throw shooting, getting to the stripe and going a perfect 6-6 to grab a lead that they would not relinquish for the rest of the afternoon. The bigs for Monticello pulled rebounds on both sides of the court, leading to second chance points for the Panthers and empty possessions for the Yellowjackets.

After only putting up seven points in the first half, Eldred made some necessary adjustments to put points on the board. Getting Jada Reed, who left early in the game with an ankle injury, back in the second half was a much needed spark for Eldred, who netted 27 points in the final two quarters.

Aaliyah Mota led Monticello with 16 points, while Shayla Smalls (12) and Amiah Neails (11) combined for 23. 12 of Mota’s 16 points came in the first quarter and helped get a big enough lead to hold throughout the game.

Lily Gonzalez led Eldred with 15 points, while Dana Donelly (9) and Jada Reed (8) contributed in the loss.

“Monticello is a good team and they hustle,” said Lady Yellowjackets’ coach Jordan Lepes. “It hurt us when Jada came out but she came back in and the girls fought until the end.”

Monticello is on the road tonight taking on the Lady Bulldogs in a non-league matchup while Eldred will be hosting Livingston Manor in a division matchup this afternoon.