CALLICOON - The word par is defined as an amount or level considered to be average, a standard. On the golf course the objective for each competitor is to score par or less on each hole and … 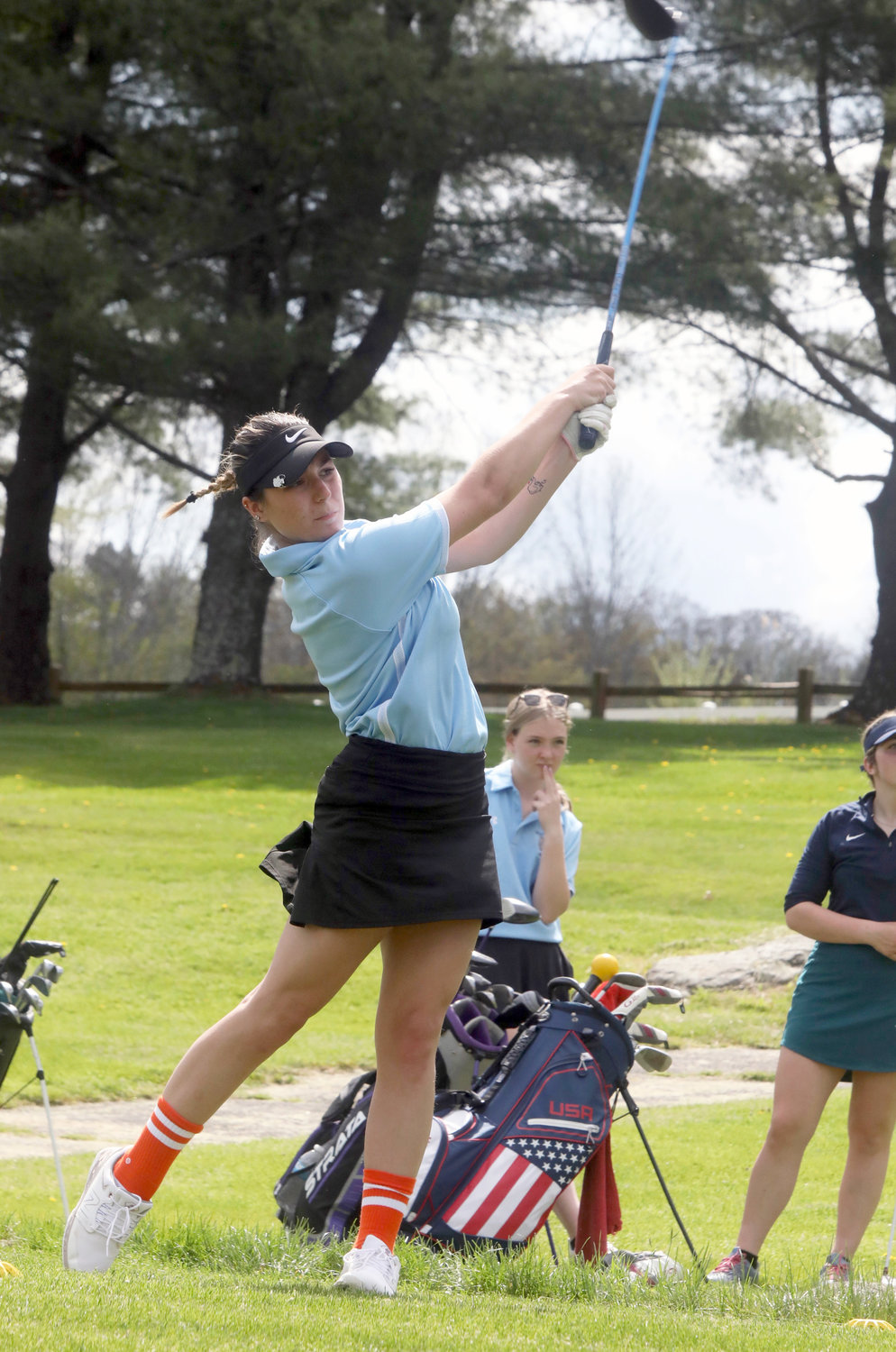 Sullivan West senior and team leader Gabby Cohen tees off on hole one at the Villa Roma in a match against the combined team of Fallsburg/ Tri-Valley/Liberty. Cohen shot a par 35 over the front nine holes in the match.
Richard A. Ross | Democrat 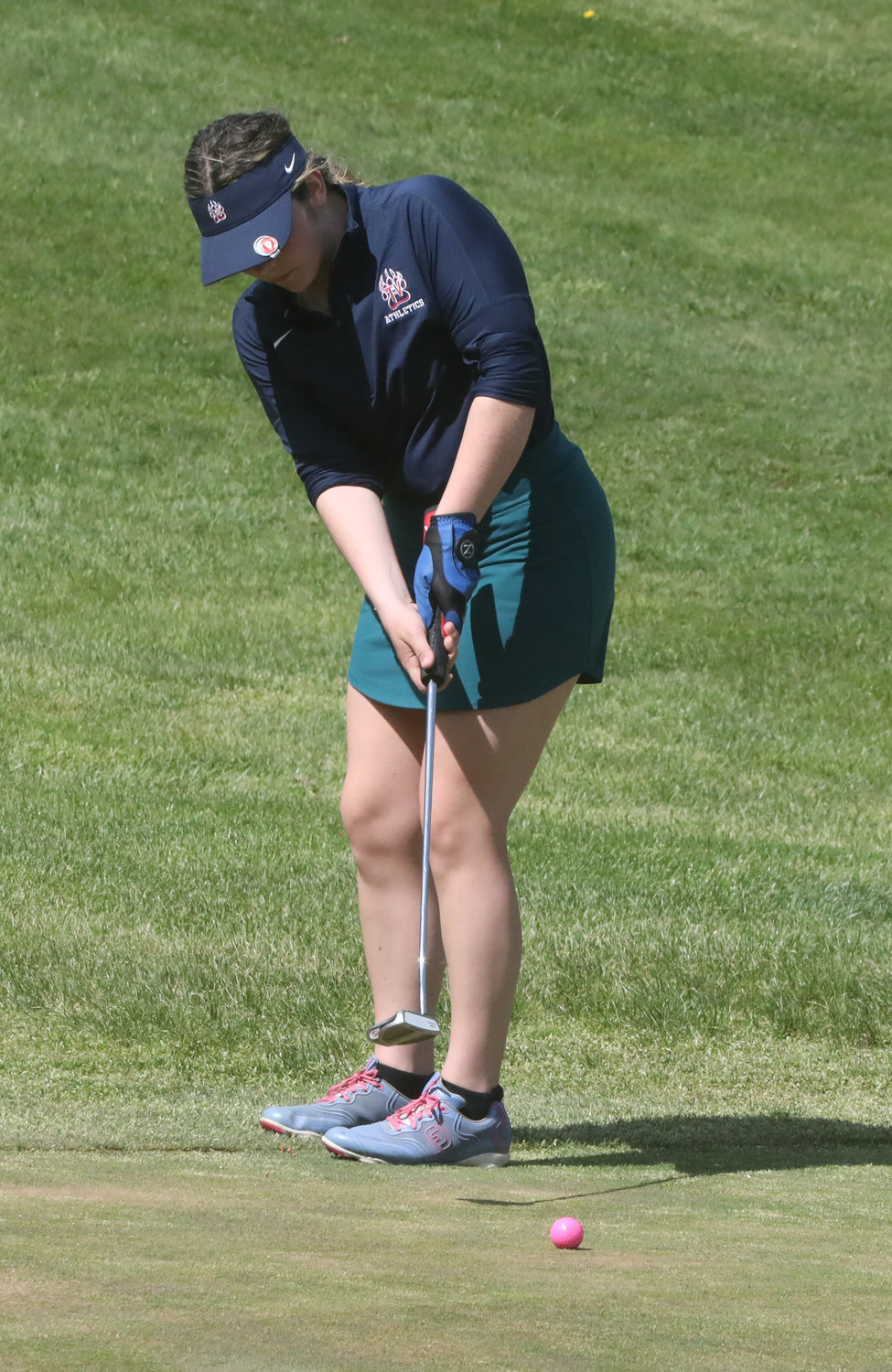 CALLICOON - The word par is defined as an amount or level considered to be average, a standard. On the golf course the objective for each competitor is to score par or less on each hole and cumulatively for the match. But to describe a person or group as above par or to use the term “par excellence” is to point out their superiority. Those terms aptly describe the Sullivan West Lady Bulldogs golf team under the savvy mentorship of Coach Pat Donovan. With their 165-155 win over the combined team of Tri-Valley, Liberty and Fallsburg and the subsequent 189-200 win over Burke, the Lady Bulldogs completed an undefeated 11-0 (8-0) regular season.

Led by senior Gabby Cohen who scored a par 35 in the match against the county merged team of T-V, Fallsburg and Liberty, this trying season came to its regular season finale.

As Donovan noted reflecting on the team’s accomplishments, “This was a very condensed year with playing most of our matches within a three-week window. Spring break fell late, and the weather was a huge factor with our matches. We had some newcomers this year that contributed including Annabelle Rutledge, Abby Keller and Lucia Kennedy. Regan Russel and Amelia Edwards are returners as well as our anchor Gabby Cohen. We were to capture the division tonight against a very good, combined team of Fallsburg, Tri-Valley and Liberty. Gabby qualified for sectionals as an individual and our team qualified for sectionals to compete for a sectional 9 title.”

Cohen is bound for Kutztown University to continue her golfing career at the next level.

Golfing for a cause