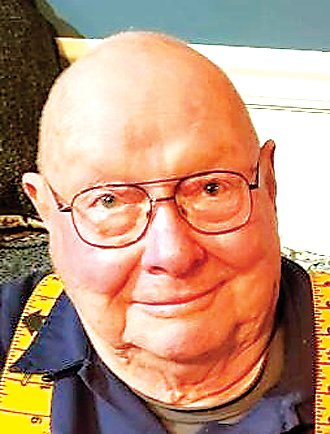 Heaven gained a special angel on Tuesday, September 6, 2022 when Paul N. Johnson of Liberty, NY, passed at the age of 85 (15 years short of his 100 year goal). He died at home under the care of his family and hospice. Paul was born in Liberty, NY and had been a lifelong resident.

He was a member of Liberty’s # 2 Fire Company, a member of the Telephone Pioneers and Panther Mountain Hunting Club in Willowemoc. He had retired from the New York Telephone Company as their Chief Mechanic. During his retirement years he helped maintain Kutshe’rs Country Club. Never one to sit still, he handmade wooden mementos for his family and the many people that touched his life. Among these mementos were cribs for his 11 great-grandchildren. Most of these were made in his Florida workshop.

He spent the last 27 years wintering in Florida. A longstanding Tuesday tradition of CiCi’s Pizza and playing Phase 10 with friends, was something he looked forward to. His mornings, at home in Liberty, were spent having coffee and solving world problems with others at Wood’s Automotive.

At this time the family has chosen to celebrate Paul’s life privately. Condolences can be sent to Eileen and her family at P.O. Box 1053, Liberty, NY 12754.